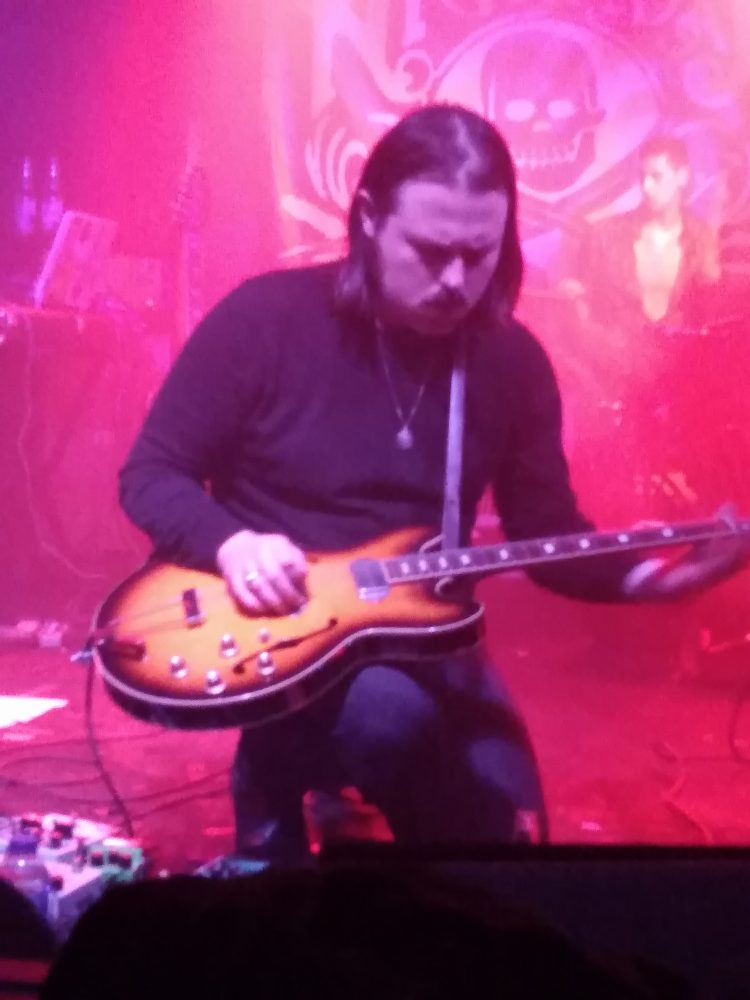 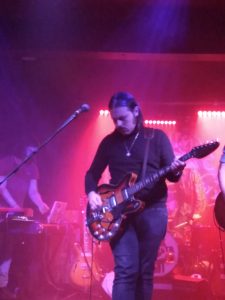 There was a fair crowd for first support, Blanketman. Their set of interesting indie with slightly sombre vocals felt a little shaky at first, hardly surprising as this was their second ever live appearance. They soon hit their stride, though, even on the hallowed ground of the Night and Day stage. By the third track, Back To The Abyss, all nerves seemed banished and the band showed they could produce some truly crowd-pleasing music. There was a definite Joy Division tinge to the main vocals, no bad thing, especially in Manchester, but the music belonged to a different era. By the time they played their last two tracks, 5 Days a Week and Sick and Tired, they sounded as if they were really enjoying themselves. If there was any downside, it was that they touched on so many genres, it was hard to pin down a musical identity, but they pulled it all off with style. Who wants to be type-cast anyway? It is obviously early days for Blanketman, but this set showed they have plenty to give in the future.

Mister Strange obviously had a little more stage experience. This was a pure 1970’s rock extravaganza. With no vocalist, Mister Strange let their stellar guitar music rock the room. From first track Bumblebomb they showed pure musical ability. Their music was of the highest quality and had the room grooving; upbeat but pure rock indulgence. The set included Ritual Loop and Spread It Thick, both incredible pieces; these guys can really play. With a stunning back beat provided by Callum Rogers of Man Made, the band just pulled it all together effortlessly. Definitely ones to catch live if you can.

Hull’s finest, The Black Delta Movement know how to put on quite a show of psychedelic garage rock. With a drastically changed line-up, there might have been some trepidation from existing fans as to how their live show would play out. Of course, there was nothing to worry about – the new and old members have gelled together seamlessly. With a debut album, Preservation, due in March, Manchester was lucky to host one of the few dates scheduled before release. The band brought a set that featured some of their newer tracks alongside favourites from the past. They started with Rome, a stunning track from the forthcoming album, hitting the crowd with their particularly beguiling sound. Another new stand-out track was Let The Rain Come; hypnotically repetitive in the best way. There is a force and power to the music that BDM produce, especially on tracks like Seven Circles and the wonderful King Mosquito, arguably their strongest song. The set continued with No End and their classic finishing song Butterfly, a long-time favourite with fans. This was an accomplished set from a band comfortable with their strong garage-psych identity. They have a dark undercurrent in some of their content, which only makes for a more exciting feel to their live sound. Always a great band to see live, this gig at Night and Day was no exception. Altogether a wonderful way to spend an evening.

More about The Black Delta Movement, Mister Strange and Blanketman on Facebook.

Preservation by The Black Delta Movement can be pre-ordered here.