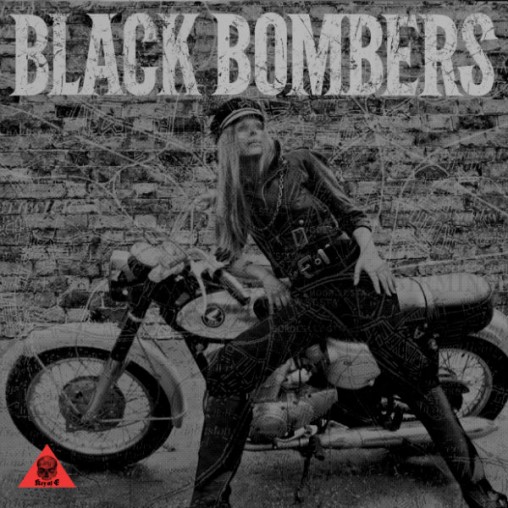 “You ain’t no punk, you punk! You wanna talk about the real junk?”  (Lux Interior)

When we asked Black Bombers for their Top Ten proto-punk favourites, they immediately responded with this roof-raising selection of deep cuts by a diverse selection of maverick underground malcontents.

Check out the band’s Facebook page for more details on their current activities and buy their debut album here.

We’re just going to start from the assumption that you already own ‘Vietnamese Baby’, ‘Search and Destroy’ and ‘White Light/White Heat’ in every conceivable version, format and re- re-mastering and work from there…

1. Rocket From The Tombs ‘Final Solution’

Recorded in 1975, most of the best songs on the first Dead Boys and Pere Ubu albums started out in Rocket From The Tombs’ set. If RFTT had made an album it could have rivalled even ‘Raw Power’.

Always best live – there’s a fantastic excerpt that (literally} kicks-in at 12.15 in this medley from ‘Mott Live’. On first hearing Johnny Rotten on ‘So it Goes’ in ’76, the first thought was that the clockwork/cockney diction surely came from Ian Hunter. That sleeve note poem snatched from D.H. Lawrence – “…and it would be fun to upset the apple-cart and see which way the apples would go a-rolling”, also seemed to underscore a feeling that something better change…

In 1974, if you came from New York and had at least one member in leather trousers, you were referred to as a ‘street band’ – maybe some intellectual might even mumble the word ‘punk’. This even happened to that fabulous bubble-gum metal band KISS …. however, only one ‘Bomber is a fan, so they’re ineligible for this chart – and this is great…

Lemmy reckoned that it was the best thing they ever did. We’ll not argue – in fact, on some nights we’ll cover it…