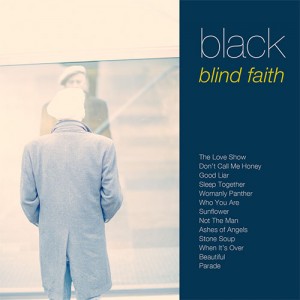 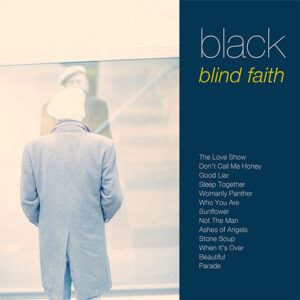 Whilst it may have its doubters, there can be little criticism about the success of crowdfunding websites. The new Black album via Pledge Music saw Colin Vearncombe raise 240% of the original target, testament to the army that still follows him nearly 30 years after his commercially popular heyday.

At the time, 1987’s Wonderful Life album was one of the finest collections around. It displayed a male voice that was soft, sweet and beautiful and hits like the classic title track and the sumptuous Sweetest Smile showed that Vearncombe was able to write a tune or two.

By his own admission, Wonderful Life will keep him in M&S suits for the rest of his life, such is the power and reward for writing such a tune. His following album, the brilliantly titled Comedy (Black Comedy, geddit?) also spawned superb singles with the likes of The Big One and You’re A Big Girl Now, but unfortunately the fickle record buying public decided otherwise.

Many will see Blind Faith as the return of Black, but if truth be told the act had never really been away. In 2009 two albums were released, one under the non de plume and one under his real name. So what of the new album? Much will be made of it, and to be honest, quite rightly so. 13 new tracks (the first new material in six years) confirm that Colin is still well capable of writing stunning music – many in partnership with Calum MacColl (brother of Kirsty) – and his voice is competent enough to continue to melt those pats in the butter dish.

Lead single Ashes Of Angels is more upbeat than the class of 87 will remember, but the construction of the track is typically Vearncombe. Simple but effective with a rousing chorus it epitomises his style and can become yet another milestone in his colourful (sic) career.

Album opener, The Love Show, will be cited as classic Black – sweeping strings, stirring chorus and ‘that’ voice combining to remind the class of 87 what they’ve missed. Second track, Don’t Call My Honey, sees Vearncombe move upbeat with a strain of country and skiffle that he makes his own and as with much of the album the lyrics contain more than a sense of irony and part-hidden wit.

With the longest track on the album, Womanly Panther, coming in at less than three and a half minutes the style is moved to a rhumba beat with incredible strings recorded at Edinburgh Napier University. The exquisite Stone Soup is stunning.

Closing with the atmospheric and haunting Parade, Blind Faith is a fine collection from one of Britain’s best but most undervalued singer songwriters. It would be nice to say that it is a return to form, but Vearncombe never really lost it. If there’s any justice in this world, Blind Faith will enable him to purchase a pair of shoes every time he buys a new M&S ensemble.