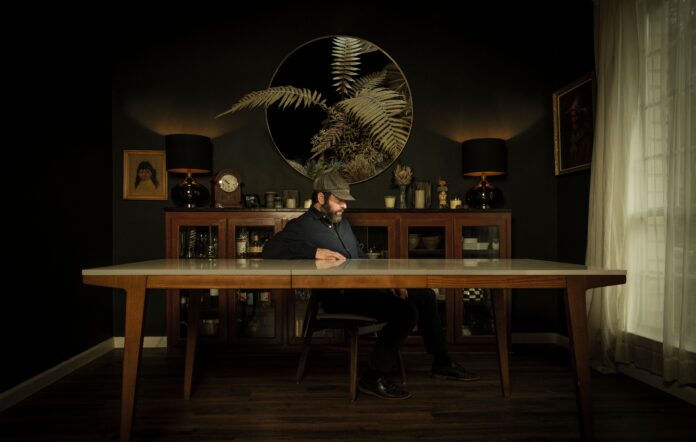 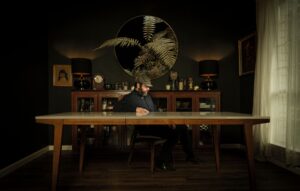 Black Angels’ frontman Alex Maas has announced that he is to release his debut solo album in December. Check his new single, Been Struggling, here.

The music of Alex Maas has always mesmerised. Now, on his soul-baring solo debut Luca, the Texan and Black Angels’ singer journey is taking an equally hypnotic detour along the wild trails of his indigenous homestead. Driven by the force of nature, each phase of life is celebrated through songs of love, hope, human connection whilst navigating the perils of modern society and tentatively facing the darkness.

“I’m trying to find balance in the insane world we live in,” reveals Alex. “Is shit scary? Yes. Is life beautiful and filled with hope and inspiration? Yes. You have to go into the dark to appreciate the light and vice versa. Everything isn’t always peachy, one day you are walking through a beautiful field and get bit by a rattlesnake because you are blinded by the colourful flowers. It’s ok to be afraid, sad and fearful because you need it to appreciate all the beauty the world has to offer.”

Casting shades of deeply personal wide-eyed innocence and the darker realms of paranoia, the menace of The Black Angels neo-psychedelia is barely noticeable across his masterfully crafted solo LP. Instead, it’s a record fuelled by memories of an upbringing in the strange, unique paradise of his father’s plant nursery in Seabrook, Texas by the waterfront of the Gulf of Mexico. Native American sounds would drift through the garden’s hidden speakers, ricocheting off multi-coloured pottery mazes of curiosities from across the world.

“It was such a magical place to grow up and has been in our family since the 50s” Alex recalls. “For me, music and nature are so intertwined they are totally synonymous. My earliest memories of music are embedded in birdsong, the sound of insects, and wind moving trees.”

Listen to Been Struggling from Alex Maas’ debut album below:

The album is available on pre-order here.