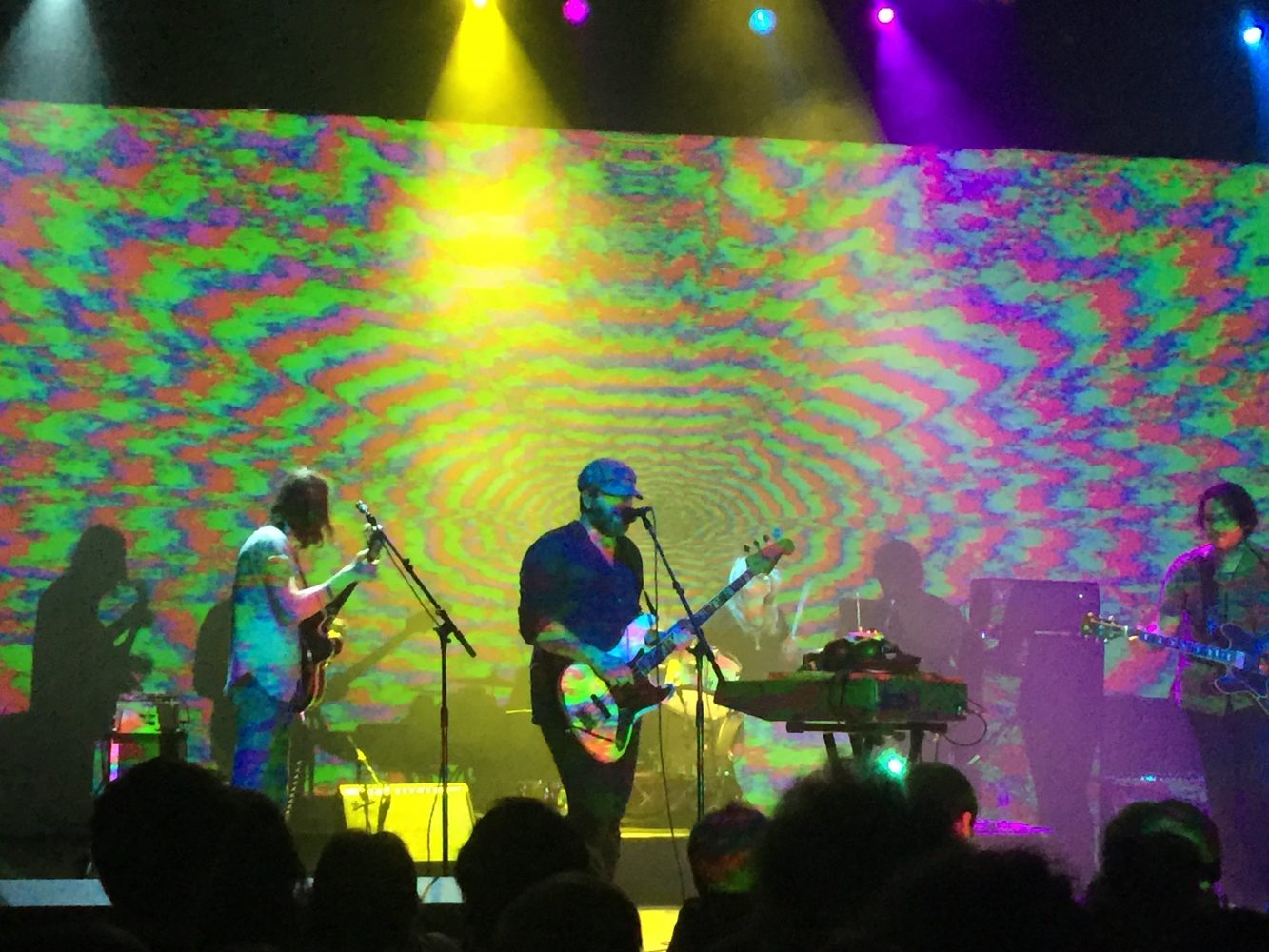 It’s the Autumn Equinox, a time of equal day and night, a time for receiving the harvest that we deserve.

Tonight the harvest is in the form of The Black Angels & A Place To Bury Strangers playing live in London. A last bright blast before a descent into darkness.

I last saw A Place To Bury Strangers at ATP in 2009, on that occasion a five piece, tonight they are three. The sound and volume is incredible, the home made amps and Death by Audio effects pedals making a tremendous surging noise. Oliver Ackerman and Dion Lunadon take to the stage as if going into battle, guitars swinging around their heads, bouncing off the stage, a rock n’ roll tai chi, a transcendental pure sound experience. Lia Simone Braswell is driving from centre stage, playing her kit hard, with such passion, her voice cutting through the mix perfectly adding an extra very special element to the bands sound. 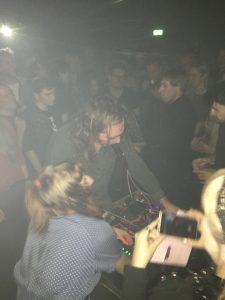 The stage couldn’t contain APTBS tonight, they took the gig to the floor in the centre of the venue, a trick I haven’t seen performed this well since Lightning Bolt followed Sonic Youth at ATP.

Back to the stage and more guitar abuse and added strobes finishes off a blistering set by a band on their very best form. 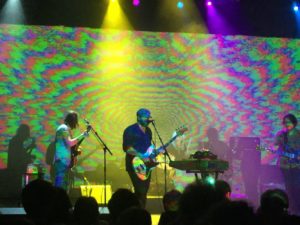 The Black Angels followed, they took the energy already created, moved it on and played an absolutely outstanding gig. The entire set worked so well. Acid informed highly psychedelic projections, each member of the band locked in together playing their best songs, a really clear sound, a sound felt as much as heard. This was a real trip, a proper journey and a life-affirming shamanic dance. The crowd broke out into a wild pit at the front, a crown surfing and sweat dripping wild live happening.

For me the highlights came from the recent Death Song album, an album that has been on repeat at home since it first came out. Hearing these songs tonight louder, fuller, wider and wilder than the album versions is a feeling of pure joy. Currency, I’d Kill for Her, I Dreamt, Half believing, and on and on with these brilliantly infectious brilliant songs. 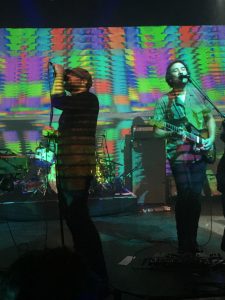 Alex Maas has a voice that informs and completes The Black Angels sound world. The harmonies supporting and complementing him, bringing the lyrics to full attention, I hear aspects of Robin proper-Sheppard at times, also the feeling of The God machine live; it’s not so much about how it sounds but about how the sound feels and makes me feel. Alex’s lyrics are real, honest and raw, his voice the perfect medium to bring them to life.

The tour continues on after tonight, through Europe and on to the states, if they come anywhere near you I urge you to go out and see them. Now is the Time for The Black Angels. 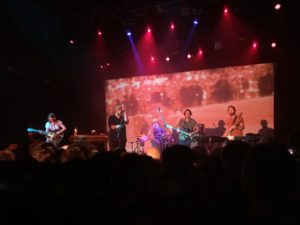