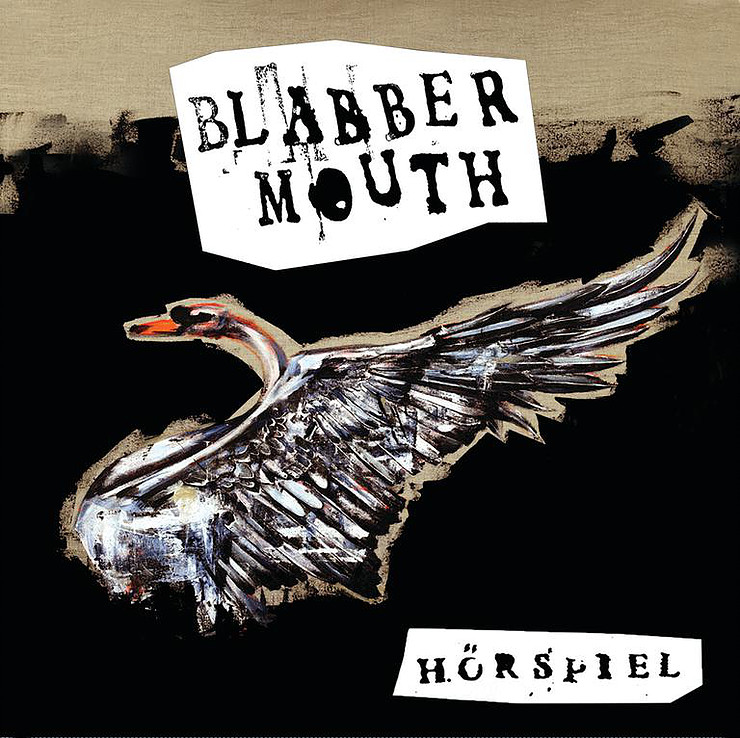 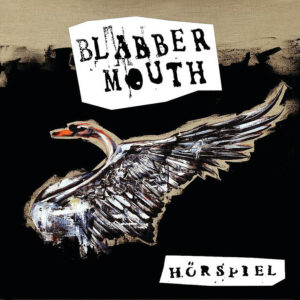 Blabbermouth is a new project from Lu Edmonds (PiL, The Damned and The Mekons), and Mark Roberts (Nenah Cherry, D-Ream and The Godfathers), a single “Deep State / Tohoku Manga” made a low-key appearance for Record Store Day 2018 and introduced the world to the concept. The premise being a world not so far away where AI cyber bots’ mock humanity while their musical cyber-serfs Blabbermouth provide the soundtrack.

“Hörspiel” is that soundtrack; the album is essentially an audio tapestry blending semi-industrial noise, off kilter pop, post punk and ambient sounds whilst a synthetic speech robot reads texts randomly found on the internet in a kaleidoscope of different languages including but far from limited to Chinese, Russian, French, Hindi, Tuvan, Spanish and Turkish). A raft of guest musicians including throat singer Albert Kuvezin from Mongolian band Yat Khat, Mekons vocalist Sally Timms, ex-Magazine guitarist Ben Manelson and Henry Cow clarinettist Tim Hodgkinson join the fray to create a delirious, and compelling experience. 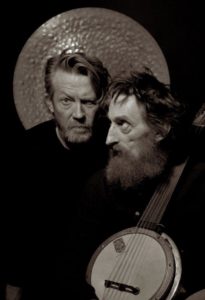 Opener ‘Deep State’ immediately sets the tone, the track relies heavily on the extraordinary voice of Albert Kuvezin, his sonorous vocalisations underpin the subtle drum patterns through which the machine text ‘lyrics’ are delivered, there is something dark, almost sinister at the core of the song, similarly on ‘Karbap-Karbap’ which again features Kuvezin, the pace is reduced to incorporate an almost dub style bass which clashes majestically with some wonderful shards of shimmering guitar to create a hypnotic motion… whilst ‘Maschine- Fragment’ is everything PiL could be if Lydon stopped with his “I am John” ramblings; the propulsive motorik beat, expansive soundscapes whilst the lyric features old revolutionary slogans in Russian and Tuvan from Lenin, and his successor Stalin which say such things “The State is a Machine designed for the oppression of one class by another” and “Art belongs to the People”.

Sally Timms provides a haunting melancholic vocal within ‘La Lettre du Voyageur’ a perfect foil to the icy machine vocals; its this clash between the entirely human drum patterns and the monosyllabic robot verse that engages entirely, I’m surprised no one has thought to build an album around this concept previously, that said the skill is to find in the wildness of the internet phrases that integrate perfectly within the rhythmic patterns… ‘R2D2’ even manages to set a standard call centre option menu within a cinematic blend of ambient sound, and free-improv squall, closer “Tumbao (intro/outro)” offers a neat nod to the cinema tradition, as the lyric acts like a rolling credit naming each performer and their role alongside some recording details, the accompanying music a sparse, spaced-out exploration

“Hörspiel” is an extraordinary album that sounds like nothing you have heard before, its rich in sounds and sonic embellishments, it is pure quality and well worth a listen.