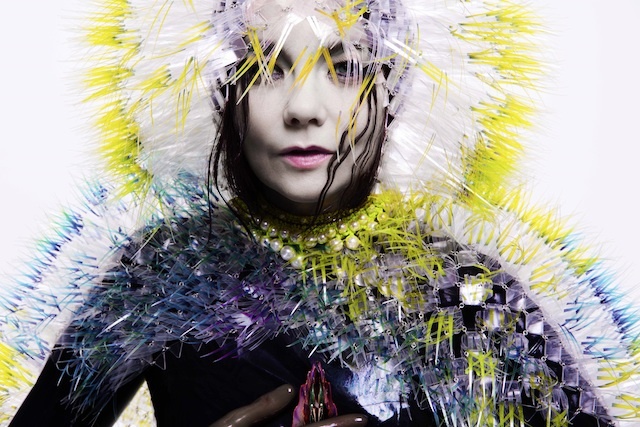 Bjork just premiered the majestic and quite brilliant new video for the track Lionsong, the first to appear from her recent, rush released album Vulnicura.

The video is made by Björk in conjunction with Inez & Vinoodh and UK based, multi Oscar winning visual effects production house Framestore who came very much to a lot of people’s attentions thank’s to their eye-popping work on the film Gravity.

The video was created in collaboration between Björk, Inez & Vinoodh and visual effects production house Framestore. Framestore created two main effects in the stars and the glowing embers that surround Björk, as well as enhancing the video’s other-worldliness by extending her legs to unnatural proportions. The exquisite coloring for the piece was done by Tim Masick Of Company 3, turning her into the exotic, red-toothed, bronze dancer.

The album is available now on cd and vinyl: smarturl.it/bjork-vulnicura-amz
and on iTunes: smarturl.it/vulnicura.