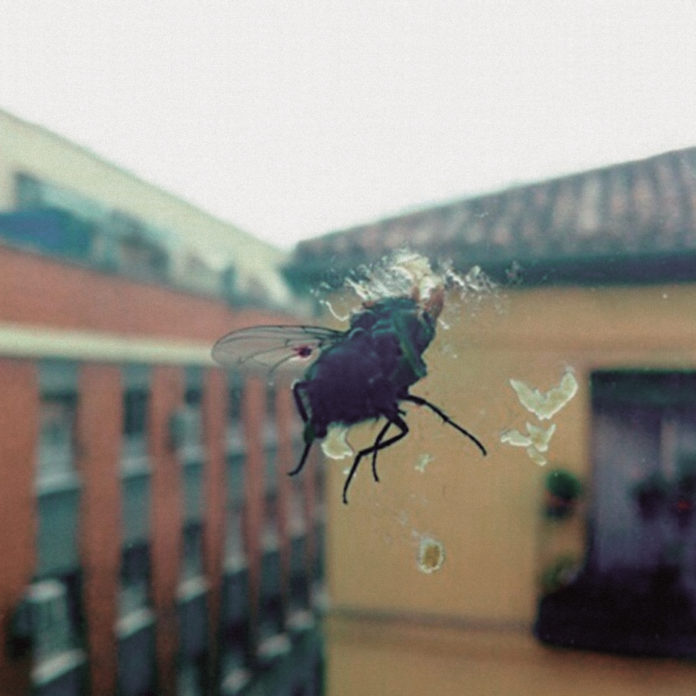 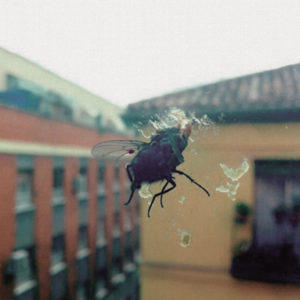 Spanish quartet Biznaga return with their third album and have created a record that casts a critical eye over those that watch us through our screens as well as those lost in the digital abyss.

Wake up, reach out for your loved one, eyes still full of sleep, swipe, click, open and lose yourself in the abyss of the screen. Sunlight cracks slowly through netted curtains while the backlight engulfs our faces. We are lost, drowning in information, news and status updates before a single word has been uttered. Welcome to the present. A dystopian reality once the dreams of writers and now our every day. It is this world that Spanish quartet Biznaga address on their third album, Gran Pantalla (Big Screen).

The album starts up slowly with the intro of Ventanas Emergentes (pop-ups) rising out of the silence before it rocks up into the band’s post-punk. The song works to set the scene for the album, like a synopsis for their thesis with lyrics touching, of course, on the consumption and absorption of black mirrors and the lure of the digital escape which superficially reflects our desires. The song flows straight into 2k20, which continues with the development of the theme as the bites get more specific and the lyrics more furious. “The screen is God and I am the apostle” they sing over a sound that sits somewhere between Joy Division, Gang Of Four and The Strokes. In an interview with Spanish magazine Ruta 66, the band likened this idea directly to the writings of Rafael Sánchez Ferlosio and his essay If The Gods Do Not Change, Nothing Changes. In that essay, Sánchez opines that the scavenger Gods of old still exist, dressed as the layman, but that now they go by the names History, Revolution, Progress, Future, Development, and Technology. When the song drops down, one guitar is left strumming over a slow almost-surf drum beat, and it is then that the questions arise. “Who am I with? Where do I come from and where do I go?” And from this self-focused questioning comes the truth. “My political and sexual orientation, or my opinion on authority, or the King. We are tags, we are content.” With the two opening songs serving and abstract and introduction, the following ten focus directly on specific themes.

It is of course true that the desires, the addictions, the escape are products sold to us. However, Biznaga don’t only cast the blame skywards, but also directly at us. We are the ones who click and dive into the abyss and it is only us who can choose whether we rise to the surface or drown. Songs like Producción De Sentidos 24/7 (Feeling Production 24/7) focus the band’s gaze directly on the social networks through which we try to reflect not who we are, but rather the polished version of who we think we should be. “The truth doesn’t matter, only the impression makes sense. All experience is appearance. A world of interchanged data.” It’s a topic that they revisit on the final song of the record Último Episodio (Last Episode). The song’s theme is expertly translated on their new video (created by members of fellow Madrid band Terrier) and wraps up their cyber post-punk sound perfectly. The guitars are at the same time constant yet with a feeling of space that allow the lyrical message to come through clearly. The rhythms shake like convulsions that propel the screams of singer Alvaro Garcia as he interprets the message of bassist/lyricist Jorge Navarro.

On Gran Pantalla, Biznaga have created a modern thesis set to the sound of modern post-punk. The message is one that we all know yet blindly ignore as we seek to escape our reality. The screen shines brightly and calls us to our slumber, but we must remember that real-life is more vivid still. The truth matters and appearance is nothing without it.

Switch off and connect.

Watch the videos for Último Episodio and 2k20 below: