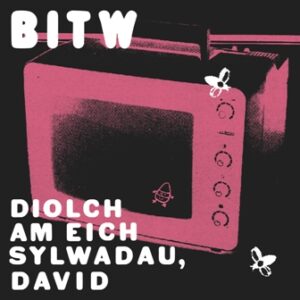 Louder Than War exclusively premier ‘Diolch am eich sylwadau David’ which is the second single to be taken from Bitw’s eagerly anticipated debut due later this year.

‘Diolch Am Eich Sylwadau, David’ is at once an acknowledgement of the remarks of a mysterious individual known only as David, as well as being a fairly catchy pop single. Fans of first single ‘Siom’ will appreciate the songwriter’s consistency with regard to key signatures, while Bitw’s critics will be very disappointed to hear that the next few weeks will bring more of this sort of thing…

Bitw can be found via Twitter where he tweets as @bitwbitwbitw