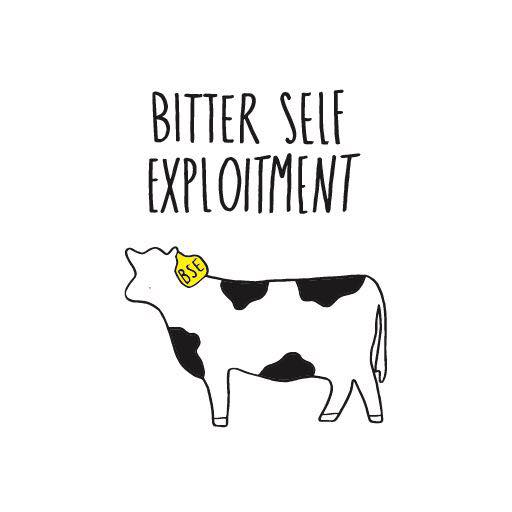 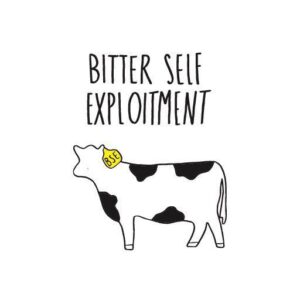 South Coast retro-punk shambles-core band release debut EP.  Ged Babey reviews the best new punk-rock piss-take band in the UK, despite the fact that he still thinks it’s the worst band-name in the history of punk.

He looks young and old at the same time
I bet he’s done  a-couple of years inside
Not the kinda guy you wanna see at the bar
His pisshole eyes stare at you from a-far..
It’s lanky, fuckin’ Jeff… He’s so lanky…

One of the lesser-mentioned mission statements of Punk Rock was; If it moves, take the piss out of it.  Luckily Bitter Self Exploitment are here to remind us.

When some punk bands make ‘comedy’ the main weapon in there arsenal, they fail spectacularly to hit the mark (in my opinion). Others are just naturally comic without necessarily trying.  BSE only set out to amuse themselves I imagine -and two of the targets here are just local characters they bump into at the pub or on the street.

The ‘Big Guinness Man’ and ‘Lanky Jeff’ are character studies in song of living caricatures and are brilliantly observed in hilarious detail and with a vicious wit.  Classic punk and larf-a-minute stuff which bears repeated plays.

Sick To Death of Being Sick To Death is a totally definitive punk song which sums up life and echoes the Damned and the Stupids.

Without wishing to repeat myself… this is some of what I wrote about BSE before (here). I was interested to see they’ve used the words to decorate the inner sleeve of this release…but plastered photos over the top making it an incomprehensible jumble of verbiage….which is what it was in the first place really.

I asked one of Bitter Self Exploitment why they had chosen the single most stupid, illiterate, nonsensical name for their band.

“We used an online band-name generator. We had to put in three of our influences – so the stupid ones we came up with were the Exploited, that Japanese band called Mindless Self-Indulgence and {one other} and the first thing it came up with was Bitter Self Exploitment – so we thought we’d keep it because…”

So, has their first proper EP captured the fun and the madness of BSE live?  At first I thought it was actually a bit too well-produced, the vocals slightly too high in the mix – and the guitar-solo on one track is a virtuoso Metal masterpiece of over the top twiddley-widdling… until I noticed its played by the bloke who owns the studio and produced the EP.  But basically yes, the spirit of BSE is wrapped up nicely in these four songs.

They outclass bands like Peter and the Test Tube Babies and their ilk hands down and almost have an Angry Samoans type genius going on (yeah, I’m using my pet hates and personal faves here).

Fans of Art Brut and the Sultans of Ping FC ( he says talking to slightly younger readers) will love BSE I imagine.

Proper punk rock – which doesn’t give a shit what anyone thinks – is pretty rare nowadays. And yeah, maybe they should be ‘addressing REAL issues which affect us all’  but if you think about it, Trump and Boris are beyond parody and boring predictable targets, so why not just have fun with it, make a noise  and take the piss – whilst making some the best music you possibly can.

Bitter, Self-centered and Exploit-ing no-one.  At least they (fuckin’) tried.   I love this EP….. and so should you,

CD available by contacting the Band or Label on Facebook