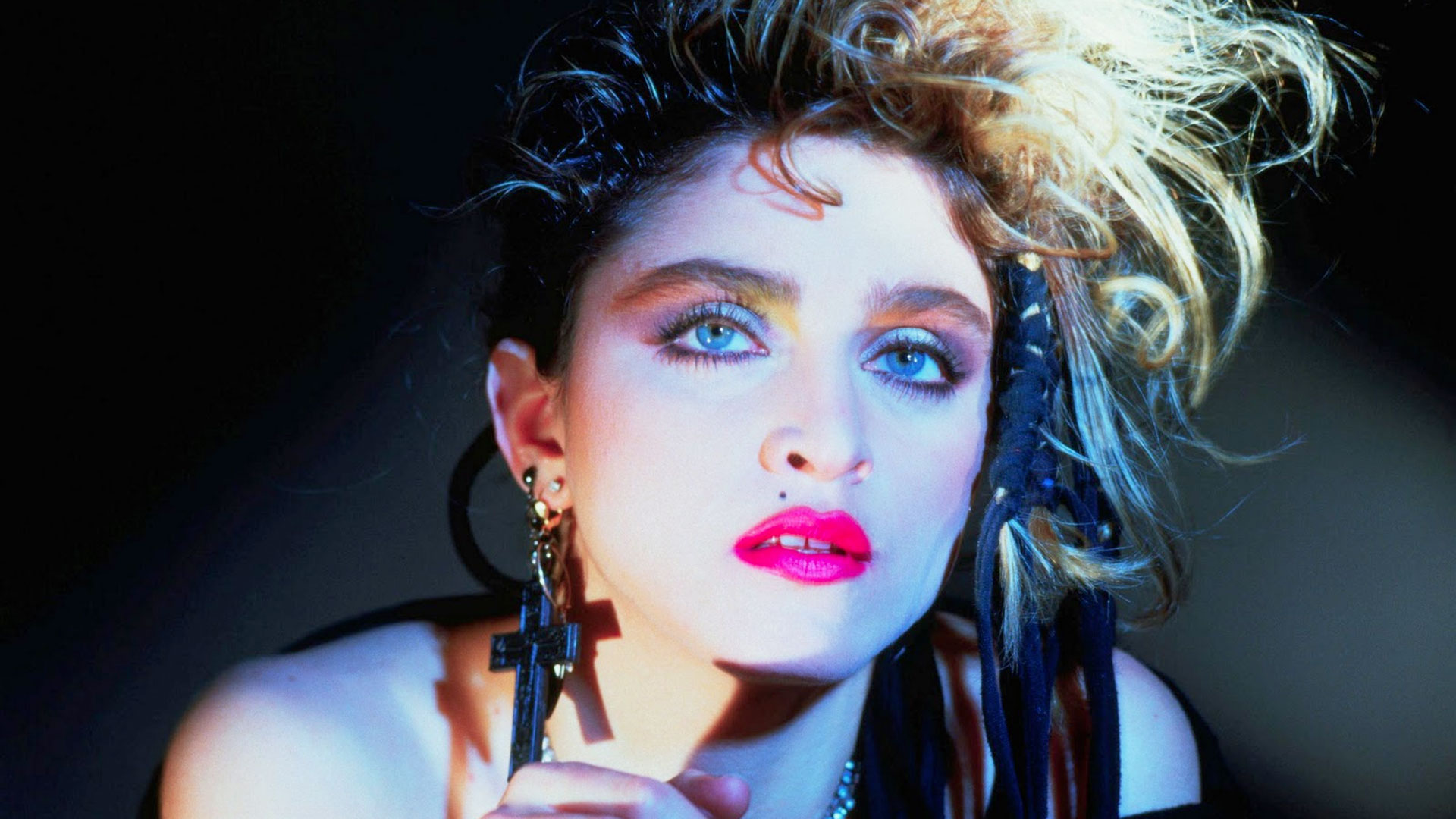 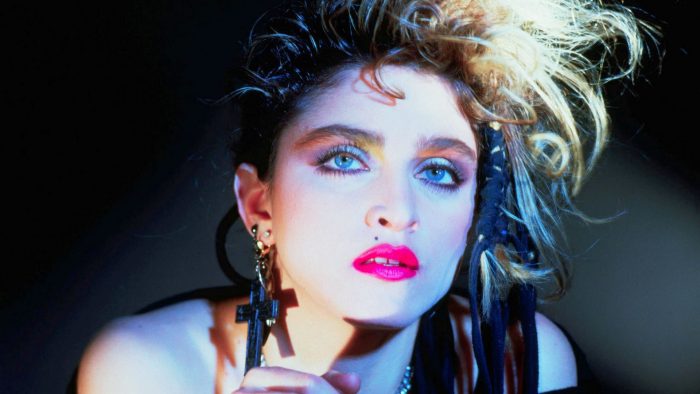 Madonna has always courted controversy through her refusal to compromise on being, well, Madonna. Through her fashion, her music, and her sexuality she became an icon and remains one of the last still standing from the 1980s. Now, Dr Jennifer Otter-Bickerdike takes a look at Madonna in 2017 and how she’s still refusing to do what society and showbusiness expect of a woman past 40, and in doing so is making a stand for us all.

Since Prince died last year, Madonna finds herself one of the last standing icons from the MTV ’80s and as an ageing sex symbol in an ever younger youth driven marketplace. Remember Coachella 2015? The headlines were not about this spectacular performance or that insane duet. The main outtake from the April 12, 2015 show focused on an on-stage make-out session between the then 56-year-old pop icon and 28-year-old Canadian rapper Drake.

The press and on-line commentary quickly jumped to point out the age difference between the two artists, and what they called Drake’s ‘disgust’ and ‘horror’ at being smooched by the older woman, especially focusing on the expression of surprise which graced his face after the exchange – referring to it as a ‘grimace.’  Simultaneously, Madonna was framed as out of touch and over the hill, possessing such misplaced confidence in her appeal, especially at her incredibly advanced age, as to not question the ‘propriety’ of the act. But in her own words as she departed the stage post-kiss, ‘Bitch, I’m Madonna.’ If anyone should be casting a ray of light on what is ‘acceptable’ for women of a ‘certain age,’ who better than the Material Girl?

The controversy that followed the three second interlude highlighted the lack of ‘older’- e.g. post 40- women as sex symbols and role models in pop culture, illustrating the great divide which still exists between what is ‘befitting’ for men and women, especially as we get older.  It also showed how mainstream media makes it seem like an anomaly when a woman is ‘still’ attractive after a certain age – as if the midnight chimes of 30, 40, 50 (or dare there be the suggestion of even older) are the death tomes for our sexual prowess and appeal, our interest and value as erogenous creatures erased with the addition of experience and some well-earned wrinkles. The fact that Madonna had the audacity to plant one on a much younger man – in public, nonetheless while flaunting her well-toned body and self-assured attitude – both attributes many of us would personally love to have – out shadowed every other aspect of the mega-festival. The Coachella contention offered an opportunity to question this rupture and ask why people felt so urgently the need to sound off about it: was Madonna ‘trying too hard’ to connect with the youngish crowd at Coachella, wearing thigh high boots and a revealing leotard? Or was she simply being the nostalgic version of Madonna: the boundary pushing, norm questioning, middle finger raising rebel of the ’80s and ’90s? 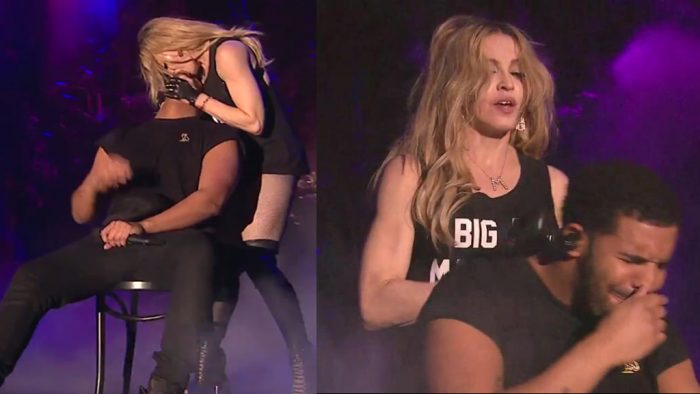 Let’s go back to Madonna’s first turn at cinema, in 1985’s Desperately Seeking Susan. Madge basically plays herself – a woman living by her own rules the way she wants to – completely obliterating any and all expectations for the traditional roles available for girls. Madonna’s Susan called the shots: who she wants to see, where she wants to go and what she wants to wear. Her pairing of traditionally masculine garb – boxer shorts, pinstripe shirt – with the over the top feminine – garters, bows – was a cinematic flipping the bird to the structures that created and substantiated what we all accepted as normality. Susan was a huge turning point for young, female Generation X viewers, as it provided not just the suggestion of the possibility of self-actualisation, but of truly, authentically turning expectations upside down: of both possessing a vagina and being strong.

Mass medias substantial history with Madonna makes it that much more difficult to pick apart her current situation in pop culture. For three decades, she has defined for many the opportunities available for women, if we are only brave enough to get out there and go for them.  Whether it be posing naked with Vanilla Ice, adopting an orphan from Africa, blowing cigar smoke in David Letterman’s face, temporarily speaking with an English accent or writing a children’s book, she has been there and done that. At 58, she still struts around in leather hot pants while flaunting ample cleavage.  Not all – even possibly any – of these decisions should be equally commended;  however, she has put it out there, and has had the proverbial ovaries to give it a whirl, no matter how seemingly silly, ridiculous, profane or downright questionable her actions may appear to the public.

So on the launch for her last album, 2015’s Rebel Heart, there was once again various uproars surrounding the singer.  First there were her tweets, featuring iconic leaders – Martin Luther King Jr. and Nelson Mandela – having the same black cord wrapped around their faces that graced her own mug on the record’s cover. This is problematic for a lot of reasons, but it mainly made the viewer wonder:  is Madonna as influential in some ways as the folks she clearly aligns herself with? Has she allowed generations of women to think big, think bold and think beyond expectations? As the queen of evolving image, how is she continuing to push the boundaries for what and how a woman ‘should’ be?  Is she challenging and freeing the idea of the ageing gracefully by refusing to be invisible and bow out quietly with each progressive year?

Here is where it gets even more confusing: as an ageing sex symbol, what role models does Madonna have to look to herself for guidance? Marilyn Monroe, Jean Harlow, Grace Kelly – all who Madonna name checks and has emulated over the years – all dead before age 40. All of these icons are valued especially because of the ageless factor of beauty they share, a characteristic death, not life, has allowed them. Madonna sometimes seems unsure of how to move forward; her body is trim and toned almost to an absurd point. Her face, especially in assumedly airbrushed shots like her Rebel Heart record cover, appear completely unlined and untouched by the hands of time.  Even her wardrobe choices for public appearances seem more in line with what we expect from someone half her age. She appears at times as frozen in perfection as Jayne Mansfield or Natalie Wood, both now revered as doomed and tragic figures. 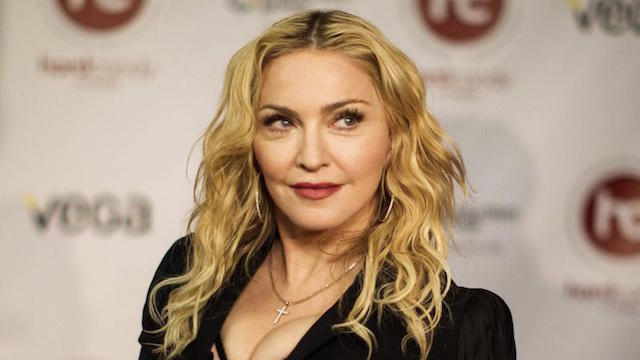 And here lies the predicament – it is so tempting to scream at the screen, Madonna GET OVER IT! You have already had your run at the S&M look, now dress appropriately! Wear knee length skirts and let the wrinkles rock! But there is also the lingering question of who defines what is ‘appropriate?’ Appropriate for what and whom? Who is defining how she, or really WE as women should dress, look, make out with – at any age, but especially post 40? If a ripped and semi-naked 55-year-old George Clooney had walked onto the stage and planted one on a performing Rihanna – who, at 28 is half his age – would there have been the fire storm of criticism that erupted around the Madonna / Drake interlude?

Which of course brings it all back to Desperately Seeking Susan. Madonna’s Susan provides an illumination for a different way of life, an alternative for co-star Rosanna Arquette’s character Roberta. Outwardly, Roberta seems to have all of the required elements for a happy life – beautiful home, nice wardrobe, marriage. However, she is unfulfilled and unhappy, feeling trapped in a dull, dead-end, expected suburban existence. Though she has ‘achieved’ all of the accoutrements of middle class, it is not until she begins copying Susan – her hair, her dress, her carefree nature – that Roberta finds her authentic self. The Desperately Seeking perhaps is OF Susan – of an alternative to the accepted, to questioning the norm, to living by one’s own rules.

Maybe it sounds naive, or overly simplistic but Madonna’s bravery to put her proverbial flag down – ‘Bitch, I’m Madonna’- allows others to rethink the possibility of truly embracing being sexy, desirable and strong at any age.

Dr Jennifer Otter-Bickerdike is a rock n roll cultural historian, fandom expert and author. Her new book, Why Vinyl Matters, is out on 1 September through ACC Art Books. Find more from the author on her website.