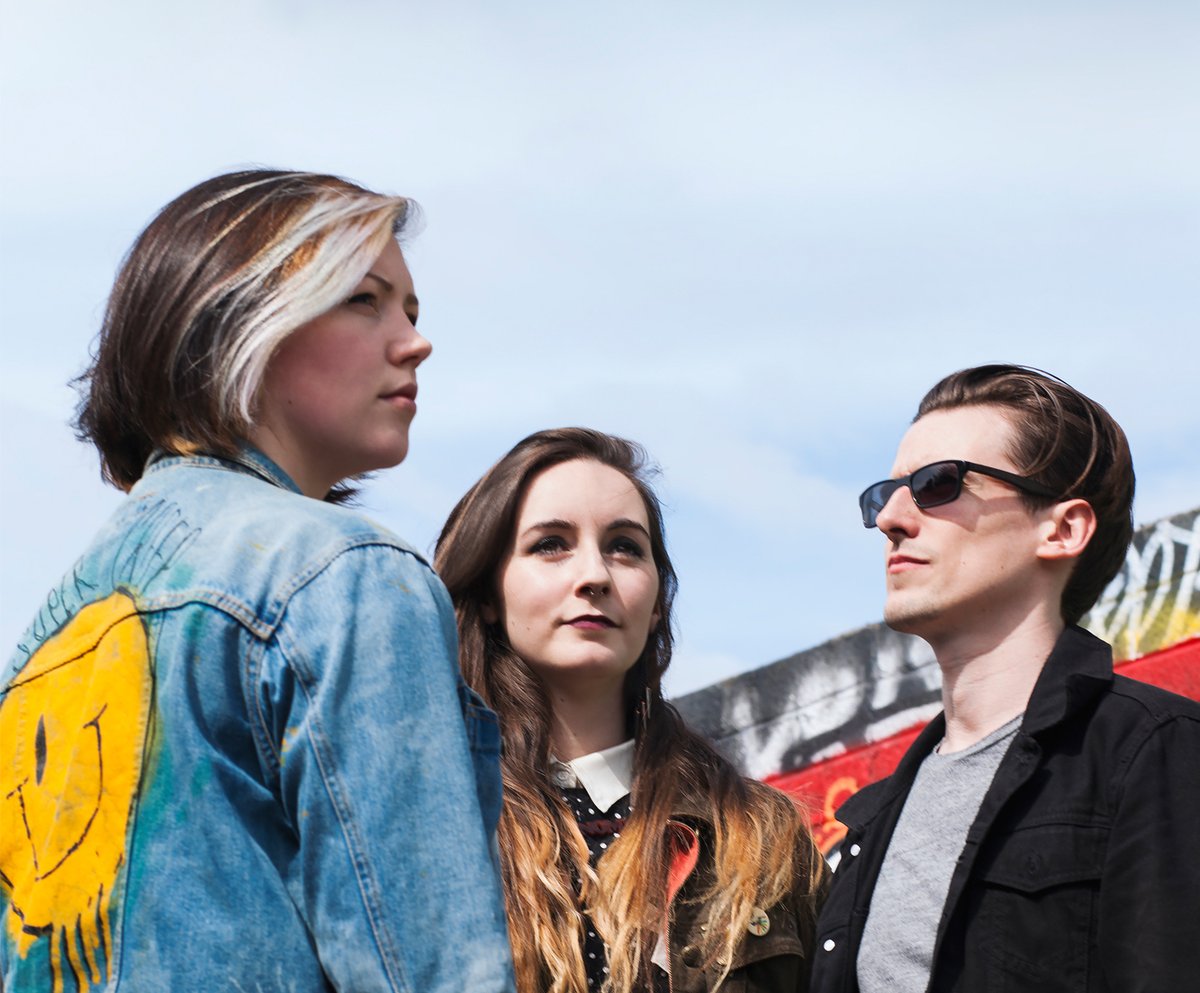 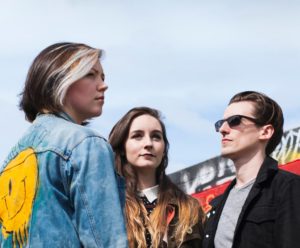 Bitch Falcon are back with the video for their latest track Syncope. Ioan Humphreys reviews.

Known for their unrelenting, full-throttle live approach, and regularly heralded as Dublin’s best live act, Bitch Falcon have slayed the festival circuit with slots at the Electric Picnic and Hard Working Class Heroes, as well as a triumphant TV debut on Other Voices which garnered praise from Annie Mac and Huw Stephens of BBC Radio 1.

The video starts with scratchy 30mm film footage of the band hanging around a chain link fence. The voice over and style is of a cheesy Russ Meyer film reminiscent of the his classic Faster Pussycat Kill Kill. This gloriously grungy track had a really nice noisy intro that leads into chunky Melvins-esque riffs. It’s a ballsy start and combined with the vocals of Lizzie Fitzpatrick which are welcomingly reminiscent of Karen O. I am completely hooked after 30 seconds. The visuals continue and they tongue in cheek aspect of the band starts to shine through. The marauding leather clad jail baits are portrayed upsetting couples picnicking and and teenage skater sessions.

As the track progresses, the unrelenting aggression and a seemingly joyous revelling in cacophonic noise, just makes me love this band even more. And along with the noise, they manage to combine it with a melodic bent. It’s very Babes in Toyland. I approve!

The playful visuals don’t distract from the audio salute that Bitch Falcon produce. Half way through the feedback and guitar soloing combine with the slowing drums. That is until the riff starts up again and the piercing noise and yelping vocals continue to the painful and uncomfortable end. A welcome return from these noisy ne’er do wells.

The band are currently on their first headline tour and are expanding to international plains this year. Bitch Falcon can be found on their Soundcloud, Facebook and they tweet as @bitchfalcon.