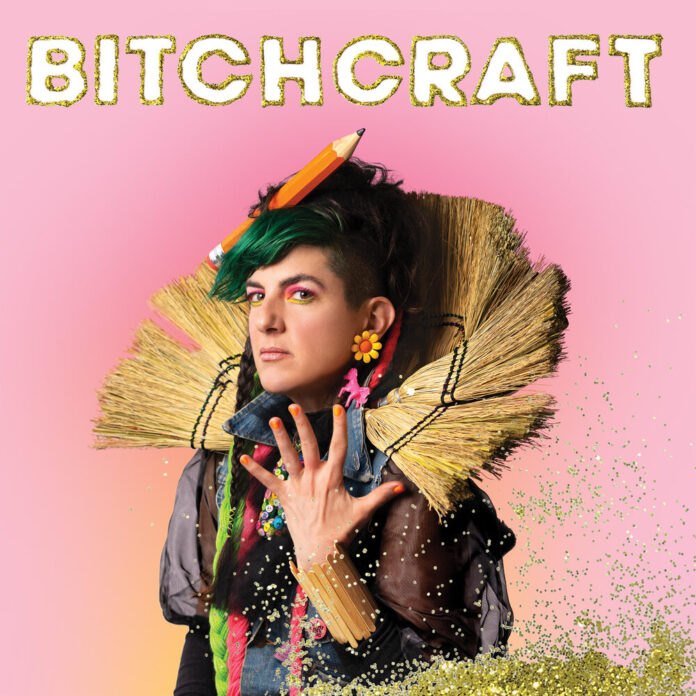 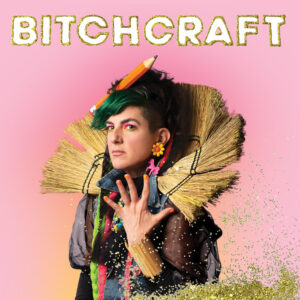 Danceworthy political anthems, environmental lamentations, and operatic instrumentals. Bitchcraft shows a stunning range that ultimately reveals how an album can draw on multiple genres while remaining a powerful and poptastic whole.

Diverging from yet in conversation with You’re The Man, the next track Easy Target varies notably in sound and tempo with softly struck keys and plaintive words: “I can take a stand/ stand up here/ and take it like a man . . . . I’m an easy target/ I’m an easy target/ At the end of the day/ At the end of the day/ I’m still proud.” The song shows Bitch’s gorgeous vocal range, shifting from the fierce yet uniform vocals in You’re The Man to a higher octave in Easy Target, reflected in the pensive violin that emerges.

Another oscillation comes in the playful and witty Hello Meadow. Its manically escalated pace and alternating electronic beats suggest the album has entered another realm of existence. The music video for this track underscores its glorious frantic otherworldliness, with retro animation and dizzying shifts amongst colour, scale, and space. At the same time, the song merges seamlessly with the rest of the album given Bitch’s recognisable wordplay and repetition.

The way in which strings and synths strengthen Bitch’s vocals and wordplay becomes especially clear in later tracks like Hateful Thoughts and Divvy It Up. But let me move onto the three Bitchcraft songs I haven’t yet mentioned: Fallen Witch 1, Fallen Witch 2, and Pages (In A Dream). These are mostly instrumentals, with a handful of lyrics emerging at moments in Fallen Witch 2. Together, they reflect the panorama of instrumentation and tempo that evolves across the record. At the same time, the tracks tell a story unto themselves, with Fallen Witch 1 serving as exposition and Fallen Witch 2 as the culmination of the tale, followed by Pages (In A Dream) as the wistful denouement. I can’t help but think the songs would be perfect to score a feminist revenge western. I can see it now: a triumphant twenty-first century reimagining of Nicholas Ray’s Johnny Guitar.

There are so many reasons to be enamoured with this record, not least because it’s ultimately a really smart concept album. The title Bitchcraft speaks to the musician’s personal form of witchcraft and magic, which is, at least in part, the ability to create a sonic whole out of wildly disparate parts. For me, this speaks to the myriad dimensions of personhood and art, and the power we can possess when we draw on a broad spectrum of sounds and rhythms.