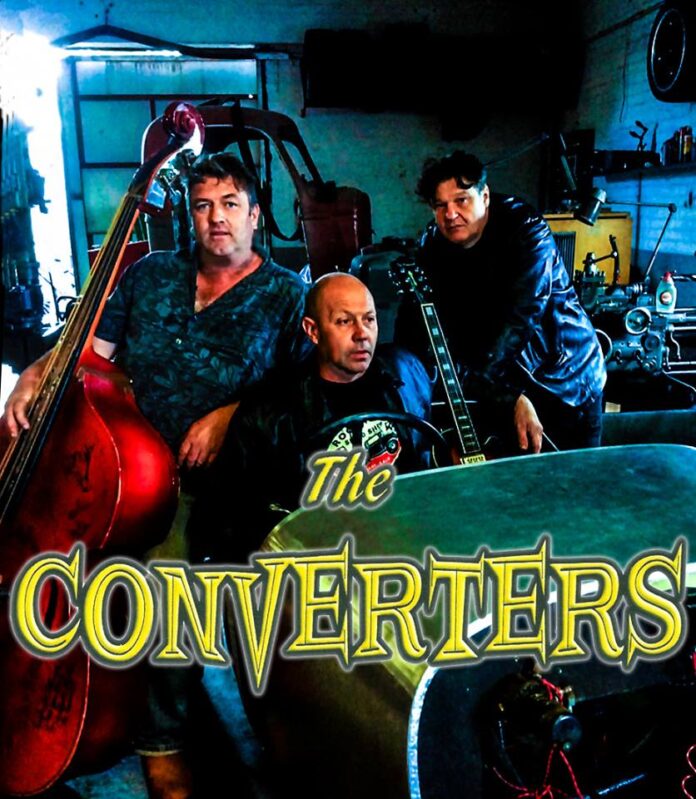 Just goes to show – you can’t keep a God man down. 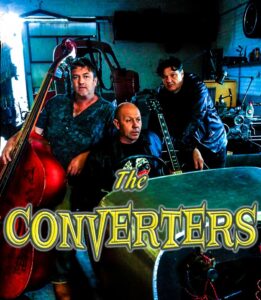 When guitar maestro Del Bartle parted company with the Coyne brothers earlier this year, many fans must have thought they had reached the end of the line.

But The Godfathers are back… and so is Del. Tonight (Saturday, December 13) he unveils his brand new hard rock’n’rolling outfit, The Converters, at London’s legendary punk breeding ground The Hope and Anchor.

As well as The Godfathers, Del was a founder member of ‘80s cult rockers The Sid Presley Experience and has toured with Billy Bragg, The Pogues and New Model Army. It is this magnificent band though, with Dave Clark (bass player for utter legends like Little Richard, The Comets and The Crickets, as well as his own bands Western Electric and The High Flyers), drummer Phil D’Archambaud and Chicago blues junkie Vernon Bastow that our man is now making the finest music of an illustrious career.

We collared Del for a few choice words in this Louder Than War exclusive:

LTW: We have to ask. Why are you no longer a Godfather?

DB: Because life is short. I would rather spend it doing what I want to do, doing what makes me and the people I care about happy. It’s as simple as that.

DB: I’m saving the rest for my book!

LTW: The Hope & Anchor has an incredible heritage and history. Have you played there before?

DB: Nope, never played there. My best recollection of back in the daze is of going to see The Barracudas down there. Joey Ramone was there, practically scraping his head on the ceiling.

Our gig has a great billing, I’m looking forward to seeing The Love Me Tenders and The Allen Family. It should be a real good vibe. As for The Converters, well, we hope to play a blinder, fill the dancefloor and get the word out little by little that this band is a bit different, and well worth checking out!

LTW: The Converters’ sound is very rock’n’roll. Is this maybe what you always wanted the Sid Presley Experience to sound like?

DB: I think the harder overdriven sound was what was required at that time. There wasn’t much else of it about, not in the wider rock’n’roll sense at least.

The Sids never really got a chance to develop very much anyway – too many external pressures, and lack of resources. But in truth, these things evolve in their own way, with any band that would like to think of itself in any way creative, at least, and the end result is best when a pleasant surprise, odd little things sometimes transform the whole sound.

LTW: How did The Converters come about?

DB: Dave approached me saying he wanted to have a go at putting together a set featuring a lot of ‘50s R&B and rock’n’roll, I was well up for it.

We agreed that our one principle was that as far as possible we would try to steer it away from modern rock, without being purist and/or pretentious farts about it.  It’s a first for me, working with an upright bass, and it gives a whole new dynamic especially in the rhythm department.

Phil and Dave had already been thinking about the idea. Phil had set up a rehearsal space at his classic car workshop in the middle of nowhere (so perfect for making noise) and the two of them had already started working on rhythms before the three of us first started playing together in about Feb this year. That was before I had to take a break for the Stiff Little Fingers tour which The Godfathers supported.

They’d heard of a guy who played a bit of harp & was a big big blues fan, and so Vernon was introduced. Just to put the record straight, it’s not MY new band as such – we’re all in it together.

LTW: You have released some of your demos online in advance of the Hope and Anchor show. How have these been received?

DB: Response to the five tracks we demoed so far has been exceptional, and I’m very happy with the way they’ve turned out. People are saying they’re too good for demos and we should put them out.

We’ve quite quickly developed an effective recording process which involves getting the backings down live at Dave’s analogue studio (Studio 56) and finishing them off at my end, then bringing it into the digital domain.

LTW: Presumably you have plans for 2015?

DB: Yes indeed! We’re lining up a lot more gigs. Being a very guerrilla-style operation, the potential is for us to get out there a lot!   A French tour is being lined up right now, and we are also looking at other European dates and festivals. Our next priority will be to record some more tunes, including some of our own material that we’re working on, and get something released very early in the new year.

The Converters are live at the Hope and Anchor in 207 Upper Street, Highbury and Islington, London, tonight. Support comes from The Love Me Tenders and The Allen Family. A very few advance tickets remain online at https://www.wegottickets.com/event/298837 . A small number of tickets will also be made available on the door from 8pm.

The Converters can be found on Facebook at https://www.facebook.com/TheConvertersSounds