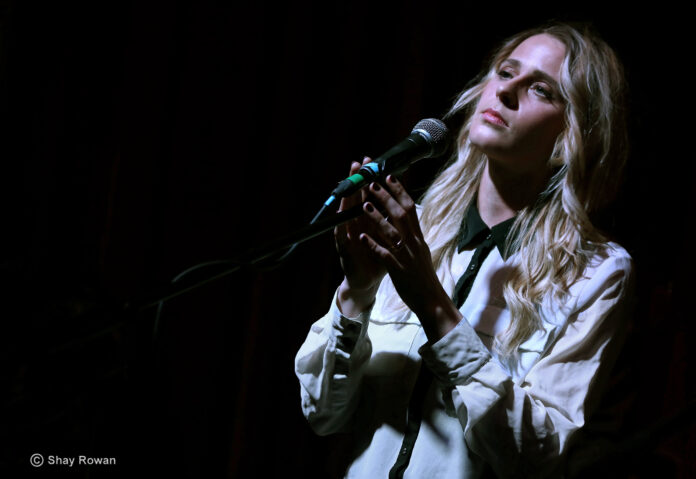 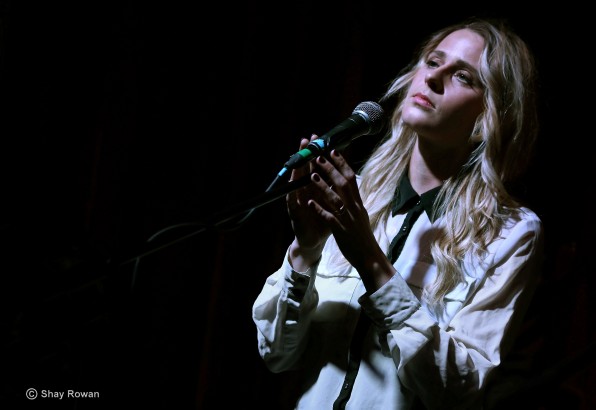 Louder Than War’s Nicky Crewe checked out hotly tipped “psych-folk” band Bird to Beast last week. Her review’s below along with pics by Shay Rowan.

I have a friend who has influenced my musical tastes since I was a teenager. So when he sang the praises of a band called Bird to Beast, I knew I had to go and see them at the first opportunity. That chance came last Thursday, March 13th at Gullivers. They were supporting the Hosts, from Sheffield. The upstairs room at Gullivers is what might be described as an intimate space . Bird to Beast had brought their band with them. It was going to be a big sound, but the mix was perfect for the range of rocking songs and fragile harmonies. 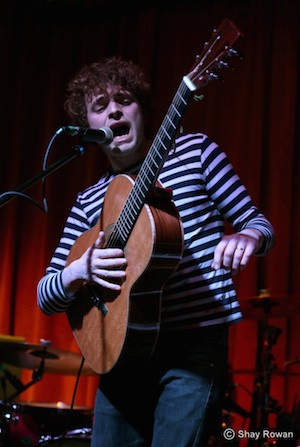 (Photo of Sam Hird © Shay Rowan) Bird to Beast are creating a buzz. They had been interviewed by Radcliffe and Maconie earlier in the week. Their debut album was voted the best of 2013 by the Manchester Evening News in January. They played a headline gig at London’s Union Chapel in February.

They describe themselves as new psych-folk, but I’d say they’re creating their own sound. They are from Colne. Maybe they have invented a Colne sound. They are a married couple, Hannah and Sam Hird. Sometimes they play as a duo, sometimes as a band with friends. They write amazing songs, melancholy and tender. Sam is classically trained and it shows in his songwriting and musicianship. Sibling harmonies are acknowledged as something special. When a couple sing in harmony together then there’s a different kind of magic. They have an irresistible mix of talent, charm, confidence and stage presence.

You can hear their influences, Bowie, Bonnie Prince Billy, the Beach Boys, the Wainwrights and the McGarrigles, Fleet Foxes. It’s great to recognise them, to hear where Bird to Beast have taken their inspiration from and then made it their own.

They are doing a series of small venues in and around Manchester over the next few months. They have even run a competition to play as a duo in someone’s living room on March 24th. How amazing will that be! Don’t miss them if you get the chance to see them. Listen to their music. Follow them. They are on their way.

All words by Nicky Crewe and all photos by Shay Rowan. More writing by Nicky on Louder Than War can be found at her author’s archive. You can also find more photos by Shay on Facebook. Shay also tweets as @shayster57.