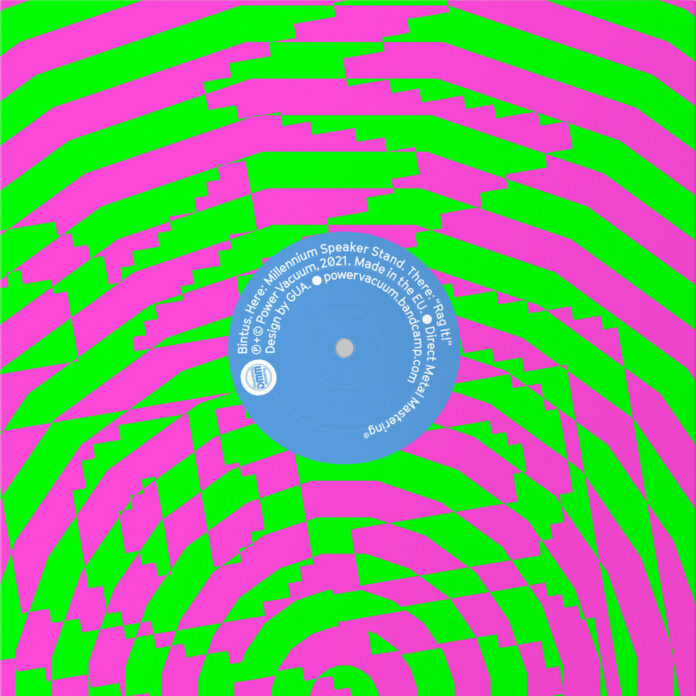 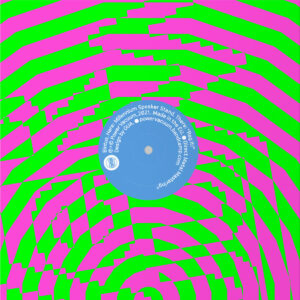 Thee Prince of the Retail Park and Power Vacuum boss, Bintus (Milo Smee) returns after a five-year break with Rag It! All the acid you could want to guide us through parting seas and popping pills, thru to Babylon…and then some. It’s a two-track splatter of intoxicating, interlocking acid jams that slam with disorienting, shapeshifting capability. By Ryan Walker.

First song up, the excellently titled Millennium Speaker Stand comes packed to the pants with plentiful knob-twiddling and button-pushing. Each giddy, juddering melody, popping and pouncing and slicing from all sides, sutured to the muscles of each free, fantastical erratic beat unable to be pinned to one particular point on the surface, skirts and skits above mauled, bass warbles. Dangerously deep, bellowing echoes of exploding, athletic drum experiments galvanise the song through various stages of decay and development. Bullets worm into surgical steel, corroding its surface from tip to base. It’s capable of inserting a small blade into the mail shirts of the modern rave warrior in a balaclava with a 7/8 beat blasting from between the ears. Frenzied and feral, dense and numb with delirium, but having so much fun, as the last one standing on acid shores. 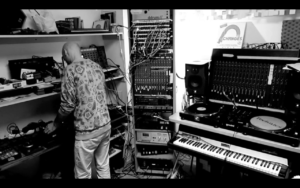 I was initially drawn to the term ‘scree-faced’. It jumped out at me.

So after a brief inquiry with Bintus through his PR, I get this reply about his brutal composite of different sonic ingredients that boil at the same core:

”Scree is ‘a mass of small loose stones that form or cover a slope on a mountain’
In construction sites you see huge piles of scree to be used for building.
But the expression scree-face is like being ‘at the coal face’ describing a minor working to dig out the coal underground – which is a UK saying when you’re at the front line or the sharp end of something…”
One last, late-night drive. One last ride. A juicy journey along the sidewalks and through the backwaters of the metropolitan lockups. So late-night it is actually early-morning activity being engendered here. Some enchanting stance of resistance against the aching face of the enduring stasis grip of consensus reality. The fabric of society as a figment of the imagination, splitting into a pick ‘n’ mix bag of atoms and traps, tricks and attritions when techno-loons disappear into the mysterious ethers of eternally circling tyre fumes, spinning from the wheels of these wonderful, caustic electronic corkers.

The section of the night where the cosmic jester’s skin is stretched to the point it almost rips in the midst of this unstoppable electro cacophony. A daft mantis praying at the interchange where strobe light and the smoke machine turns whole car parks into parties bubbling with communal rebellion. Some toxic prickles, some pulsating thud, unravelling the nerves, a spool of grooves, a tumult in the guts, a cosmic air raid leaving us feeling joyous when briefly tilted into invisibility. The savage scavenger of the next, new thing with their hips and lips wired up to something indescribably, delightfully, wild.

Those who know how Bintus operates will rejoice in the noise they hear here (Live* And Locked LP, Power Counter Point). A near-perfect medley of hilarity and terror. Released on his own Power Vacuum imprint, increasingly becoming an impressive, inclusive island for the outliers and eccentrics arresting the senses about what techno’s bones can be boiled into, and built back up as. From pioneering luminary and tech-nowave-extremist Drvg Cvltvre, to Parsaols, Amish Boy, and Alma Construct, it’s a tight, tough, two-pronged stab in the arse that never ceases to stand as a synthesis of differences, a cutting across trends, never succumbing to much blubber, but unfolds uncontrollably as a fierce encapsulation of creative capabilities that situates itself nicely on the filling-shelves of Pow Vac.

It’s a single that slaps harder every time, occupying various rooms inside the house. A terrier guarding the doors of cacophony and order located on the same floor, on the same hallway.

House music that hits hard in a band or record label t-shirt with a few teeth missing and faded scars from smallpox, rather than house music with a 6-pack and a fancy car. House music with a loose-screw groove, an experimental edge capable of collapsing at any moment. One without superfluous buying power, but unleashes nothing but exciting material with the meat and potatoes, the bread and butter, of whatever kinds of equipment are available.

Here is where Bintus made his name, where he cut out an outline of himself and kicked it through, revealing a motley crew of various musical lacunas he can exploit to his own quick-cut whim (first gen electro, vintage acid house, early 90’s hardcore). All key components to keep electronic music’s futurist ruptures resonant and resplendent in contemporary forms of expression, in modern methods of sensical existence that playfully works to blur certain lines and break certain barriers that demarcate one thing from the next, one specific style from another (in one alias or another; be it Bintus, Binary Chaffinch’s responsibility for a 20-minute Italo-house monster that took 2 years to finish, or Milo Smee the man and his rhapsodic DJ sets, have achieved this agenda plenty).

A trademark spark of imaginative ignition that’s always firmly inserted into the engine. A set of keys to the ancient machines, where Aztec meets Acid in the form of an old 303 with acne, a desire to create a direct, dirty, musical discourse between confusion and amusement. Armed to the eyes in heavy hardware live shows and high-intensity panic-attack spectacles that ascend to greater heights every time.

A force to be reckoned with when psychologically occupying the front line, Bintus was/is an electronic anarchist, some oddity in amongst the Second Summer who was a few sunsets shy of being in the centre of its hedonistic action. But no matter – Bintus was born from the ashes of those insane adventures. Realised in 2011, a symbolic birth anointed by the fierce, raw noise that spurts from a borrowed 303, seems to make up for lost time in the best, most productive way possible. By bending the baton passed on by the greats to the point it almost breaks; a living elision of styles and sounds, in ways that reference but proceed to produce new things with new ideas, old noses in new noises on fresh edges and in fresh contexts but with the heart of their influences worn proudly on this sleeves.

Tame house as the nemesis to stand against when casually cruising across concrete deserts in a pair of untied trainers. Squishes, squeals and squelches from the machine, pockmarked melodic hits, primitive rhythmic kicks, and deformed licks, all brilliantly channelled throughout the dazed raver with a plutonium glow, the rations of an acid anarchist, a mad maverick, beating the bare flesh below the inner panels to reach infinite peaks of space, heaven’z gate protected by/at the sharp end of something. 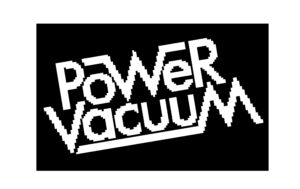 The UK label-brainchild of veteran producer & performer Milo Smee, aka Bintus was founded in 2012 & has released music by artists such as EDMX, Objekt, Cylob, Mark Broom to name a few.
Bintus Soundcloud
Power Vacuum Label Webpage|  Bandcamp | Twitter | Facebook | Youtube
Ryan Walker is a writer from Bolton. He lives in Manchester. His archive for Louder Than War can be found online here.