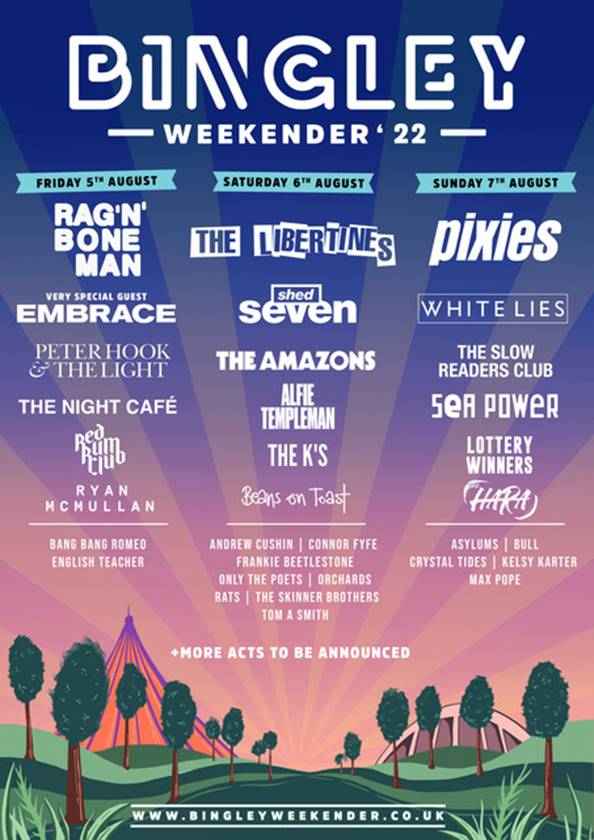 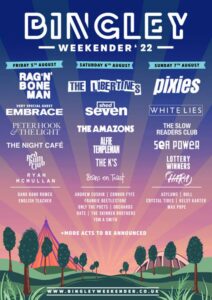 The Libertines, Pixies, Rag ‘n’ Bone Man and more at this year’s edition of the festival in West Yorkshire.

Bingley Weekender 2022 has confirmed that a further 25 acts will join the line-up for this three-dayer in West Yorkshire. Among the newly announced acts are garage rock revivalists The Libertines, indie legends Pixies, winner of the 2017 Brit Awards Rag ‘n’ Bone Man.

Other previously announced acts include Peter Hook & The Light, The Amazons, White Lies and The Slow Readers Club.

Tickets are available for all three separate dates as well as full weekend tickets.

For more information about the new line-up visit the official website.