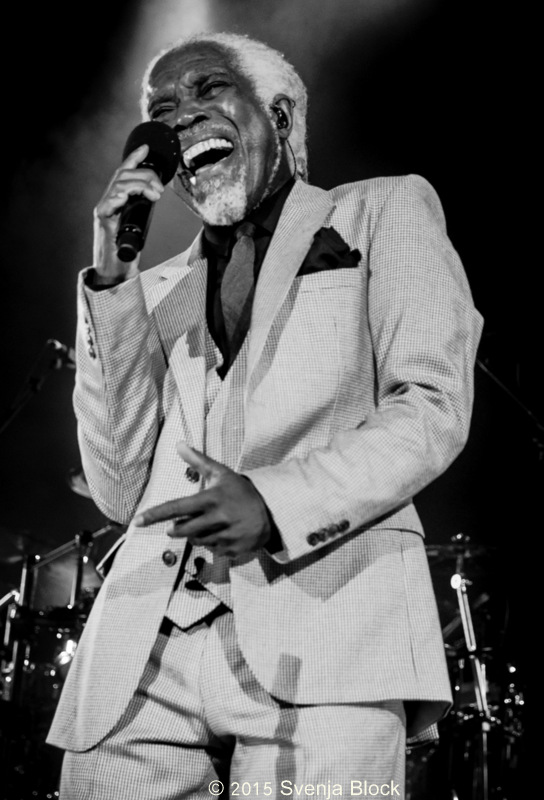 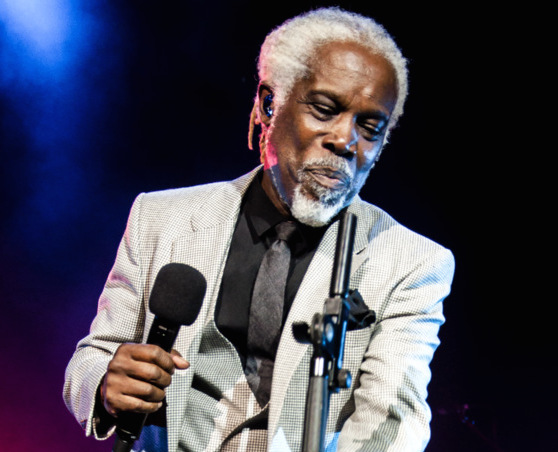 Louder Than War’s photographer Svenja Block and Natasha Grey (words) caught Billy Ocean in action last week.  This is their report below.

We are all here waiting to see Billy Ocean aka, Leslie Sebastian Charles – the biggest black recording artist Britain has ever produced (the stage name ‘Ocean’ was allegedly taken from the ‘Ocean’ Estate Stepney, East London, his first U.K. address). Looking around the North London venue I must express my disappointment at the lack of diversity in the crowd.

Just then my gaze was directed to the stage and first on were his four backing singers, including daughter Cherie. Billy came out with a big smile on his face and in return received hearty rapturous applause. One could not help but notice how incredibly smart he looked. The crowd excitedly started roaring ‘Billy, Billy, Billy’ and he had no choice but to take the time to appreciate his audience which he gracefully did by blowing kisses and flashing a perfect set of pearly whites. 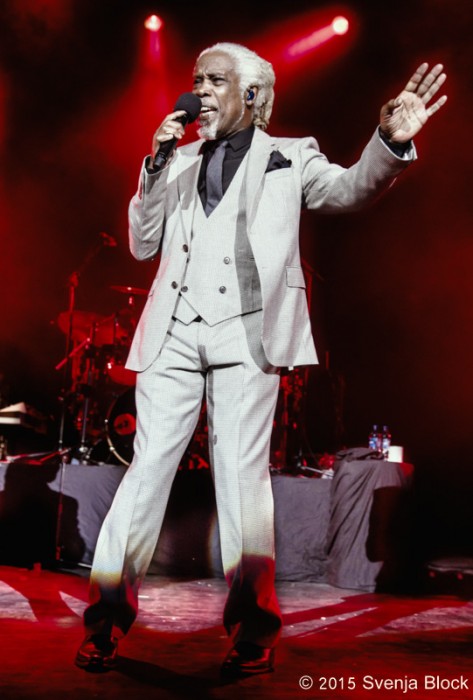 Billy Ocean opened the set with ‘Stand Up’, accompanied by the brilliant sounds of Dave Baptist, aka Baps, on sax. Feeling an overwhelming sense of intimacy, some chose to wave lighters in the air. Watching him perform on stage you see him come alive, 100% present and in the moment with so much love for his chosen craft.

It was very much appreciated that he took the time to explain a little about his history and growing up in Fyzabad, Trinidad to Grenadian parents, Hainsley and Violet. Not having much of anything as a child, he had to entertain himself and was naturally exposed to music by his musician (calypso singer) father from a very young age until he came to England where he joined his parents aged seven. He later worked and qualified as a tailor (Saville Row) initially whilst doing session work  and singing in London clubs.

Which brings us back to the Forum where an excited audience member passed a copy of Billy’s album to him to sign. He did. Just goes to show that there are those that don’t let fame go to their head. Wow. It was getting hot in here (hmm…sounds like a hit) and just then I noticed security handing out cups of water.

‘Here You Are’, Billy’s most recent album from 2013, can be described as a collection of songs that influenced him through his journey from boy to manhood, helping to shape his musical career. Hits Include: ‘Cry Me A River’,‘No Woman No Cry’ and ‘You Send Me’. Billy has always produced great music but has been criticised for writing songs according to a pop formula. His voice, however, is outstanding – soothing, effortless and just oozing the epitome of soul. Billy puts his own spin on the classics which he holds dear and the smooth melodic rhythms and flawless vocal make it easy to forget the album includes a majority of covers.

His impressive back catalogue of international hits included ‘Get Outta My Dreams, Get Into My Car’ from ‘Tear Down These Walls’ (1988), ‘When The Going Gets Tough(The Tough Get Going) from ‘Love Zone’ (1986) and the ultimate and must-have record from 1984, ‘Suddenly’, that gave us timeless classics such as the title track, ‘Loverboy’ and, of course, the unforgettable worldwide number one hit single and closing song of the night ‘Caribbean Queen (No More Love On The Run).

Billy Ocean continues with a string of national and international live dates over the next few months – check the usual places for more detail.