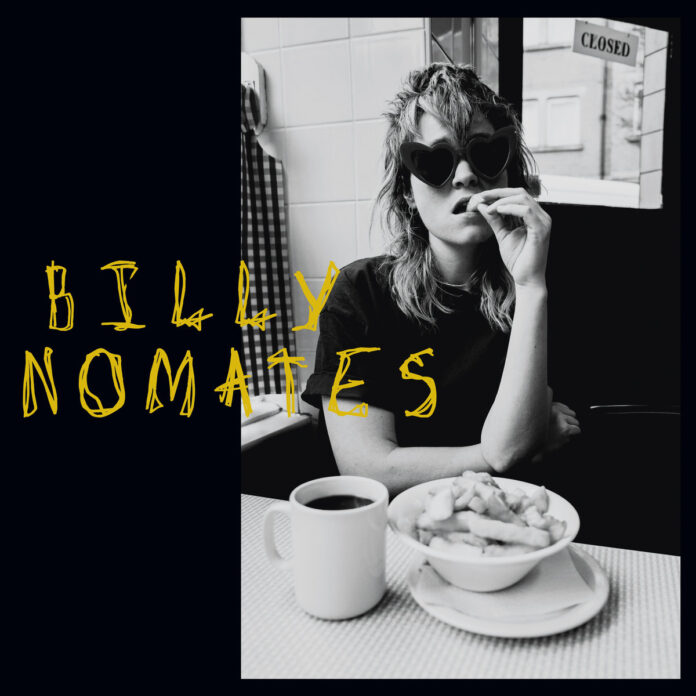 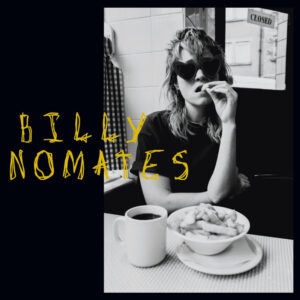 Andy Brown dances his socks off in the kitchen listening to the debut album by Leicestershire born, post-punk songwriter and multi-instrumentalist Billy Nomates. He shares his thoughts for Louder Than War.

I first heard Billy Nomates (real name Tor Maries) last year when Portishead’s Geoff Barrow posted a recommendation on Twitter. Forever proving that Twitter could indeed provide more than an endless stream of arguments, Presidential nonsense and over-opinionated brain drivel. The music I found didn’t leave my headphone’s for months. The album vanished from Bandcamp with the news that Tor had signed to Barrow’s label, Invada Records. A brand new Billy Nomates debut LP was on the way.

A stark, black and white video appeared for No in March this year, just as things started to get a little strange. Just before the great toilet roll and hand sanitiser shortage. A video for FNP appeared in early June; Tor dancing in an otherwise empty field and singing about all the, “forgotten normal people”. The latter felt particularly apt when it dropped in the midst of the Barnard Castle, eye test fiasco and the governments increasing ambivalence towards the general population. As we head into summer, Billy Nomates has arrived with an album of innovative post-punk, defiance and danceable dissatisfaction.

Modern Hart bursts into life with Tor’s vocals riding over an insistent bass line and a wash of atmospheric synths. “He knows the codes to crack/ he watches me break my back/ I’m a slow learner” she sings before adding “but I’m getting the hang of it”. The lyrics are an undeniable highlight throughout the album; an engaging mix of anger, wit and storytelling. “One time I cycled all the way home/ because this planet is our only one” sings Maries on Hippy Elite “but nobody saw it and I felt all the worse for it”. A brilliantly sharp and genuinely funny post-punk belter about trying to do your best for the environment but never being good enough for the wealthy, hippy elite.

Tor builds each track with guitars, drums, bass, programmed beats and electronic textures. You can almost picture her jumping from one instrument to the next, relentlessly pinging around the room. Every track crackle’s with creativity. The jittery rattle of Happy Misery evokes the Monty Python ‘4 Yorkshiremen’ sketch – Ohhhh we used to DREAM of livin’ in a corridor! Tor snarls and struts through a bitter tale of tainted nostalgia and living in the past, “back in my day/ I had nothing/ we lived in happy misery!”

Most songs don’t last much longer than 3 minutes; bursting with ideas while retaining a tight, punk-indebted sense of economy. Tor’s vocals switch between singing and a kind of snarled spoken word. The propulsive No sits at the heart of the album with a simple but powerful message; “No is the greatest resistance/ No to your nothing existence”. A defiant two-fingered refusal to succumb to damaging digital narratives, sexism and media manipulation. Supermarket Sweep tackles the seemingly never-ending black hole of a dead end job and features a guest appearance by Sleaford Mods’ Jason Williamson. The unexpectedly gentle chorus offering a particularly melancholic inner dialogue, “Maybe the monotony is here to stay he thought”. A great piece of songwriting and an all too relatable tale.

The punkified electro-pop of FNP delivers another empowering clarion call before Mudslinger takes aim at busybody curtain twitchers over a glitchy, electro-punk backing. Call In Sick lurches into view with drum machine beats and menacing synths as Maries tries her best to pull a sickie, “See I’ve been up all night/ with one of the worst cases this town has ever seen/ and if I come in Debbie/ if I come in Debbie/ I’m gonna take down the whole team”. The excellent Fat White Man rumbles in with a bluesy guitar riff and a superbly sleazy tale of a lecherous, red-faced executive. The cigar-chomping, once untouchable, dinosaurs rolling down the road and out of town for good.

Wild Arena is built around a sparse, repetitive drum loop and subtle synth interjections. Tor’s vocals all the more startling with the tense, minimalistic backdrop. It doesn’t feel as immediate as the other tracks yet emphasises the spirit of discovery and experimentation at the albums core. The album comes to a close with the breathless thrill of Escape Artist; Nomates sneering and swooning as she looks for the nearest exit in the midst of another unremarkable week. Of course, the magic here is that throughout the album, Billy Nomates takes all the unspeakable blandness and frustration of everyday life and turns it into something fun, exciting and damn near magical.

Clocking in at little over half an hour, Billy Nomates has made the kind of album you’ll find yourself playing again-and-again. Some much-needed respite from the never-ending Tory endorsed nightmare that is 2020. You can hear the boundless energy that Tor puts into every song and that kind of enthusiasm is pretty infectious. Make no mistake, Billy Nomates has just delivered one of the most exciting albums you’ll hear all year. What’s more, you get the feeling that she’s only just getting started.

You can buy the album direct from Billy Nomates, Invada Records or Bandcamp