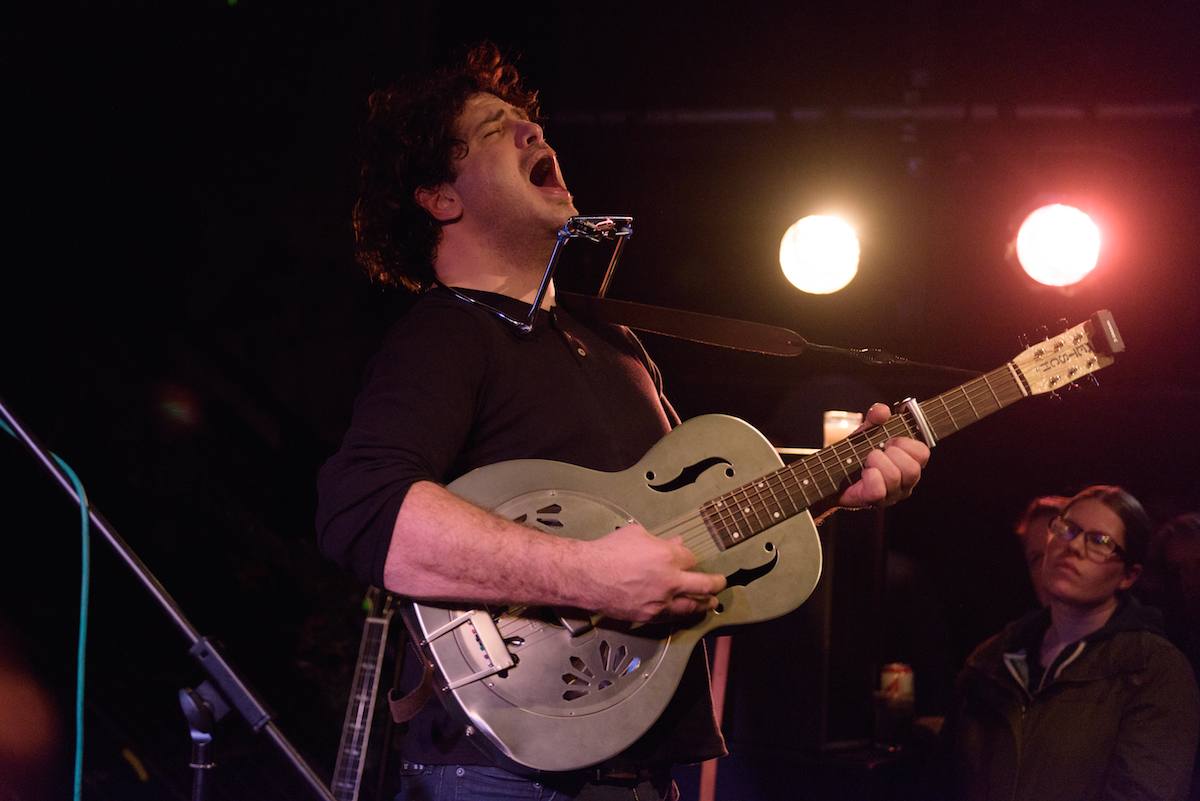 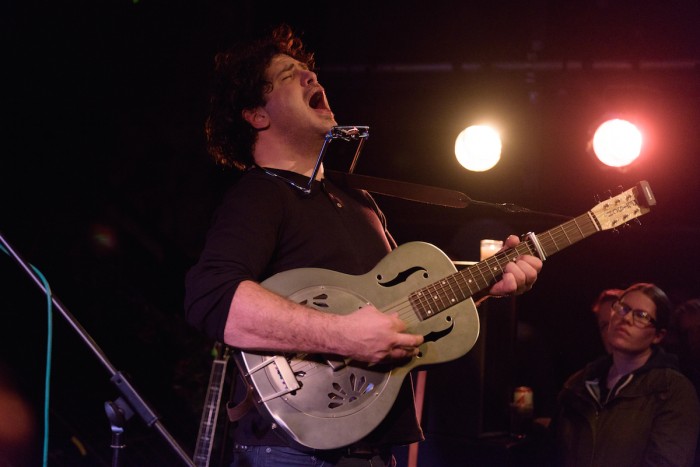 Augustines front man thrills a packed audience with a set that transcends the music, his wit and incredible storytelling are the highlight of the night.

With Augustines having finished their third album, rather than sit around for some seven months Billy plotted a tour around Europe. The tour entitled Journals, Maps, Stories and Songs, sees Billy stripped back with just a guitar and a bottle of wine. With no support act Billy takes to the stage early on, greeted by a rather raucous Saturday night crowd. It’s immediately apparent that there is a party atmosphere in the air.

His genial manner almost immediately endearing everyone in the room, his delicate tracks kicking off the evening, but it is his stories that are the true stars. This two and a half hour set sees McCarthy tell a shortened version of his life story, with each anecdote followed by a song. Most of which seem to be taken from the first We Are Augustines album Rise Ye Sunken Ships. 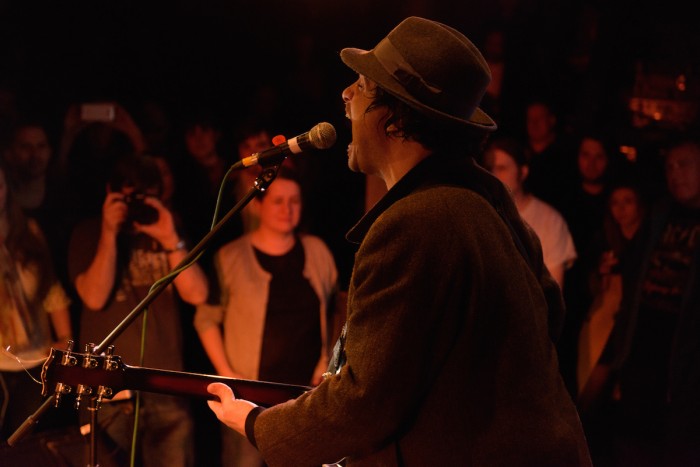 These songs are all greeted by huge crowd karaoke style performances though, with McCarthy even commenting on the fact that he felt like he was on a cruise ship. Whilst the crowd’s mood is exceptionally buoyant, it quickly becomes irritating for those who are interested in McCarthy’s performance. With loud conversations and pointless outpourings from the crowd marring the evening.

McCarthy seems at times perturbed by this but handles this well, instead carrying on regardless. With rousing renditions of Chapel Song, Book Of James, Philadelphia (City of Brotherly Love), all of which are delivered with every bit of passion and heart from McCarthy. His power is mind blowing, even when he serenades the crowd without a microphone he can still be heard clearly throughout the venue. 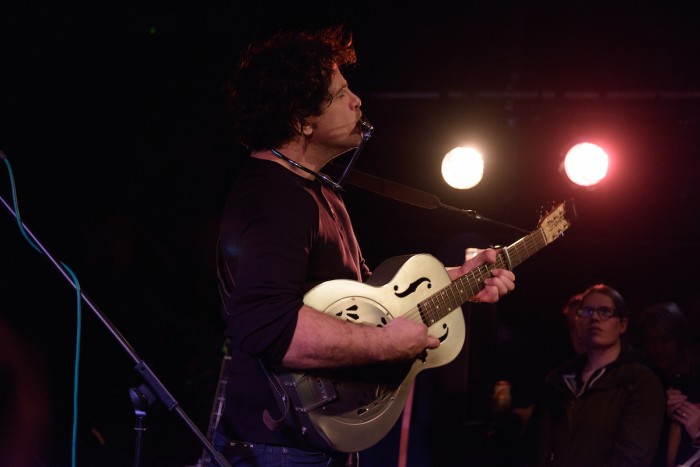 What truly underlines the set though, is McCarthy’s key message that he has a need to write and perform these songs. It feels to me like they’re a form of therapy, with each track forming an integral part of his story. There is something incredibly special about this evening, it transcends the music and gives those in attendance a much deeper level of understanding about the songs. This is something that isn’t the done thing, stories and deeper meanings often shrouded in mystery.

Whereas McCarthy wants to share, and wants people to understand the characters portrayed in his songs. He closes out his mammoth two and a half hour set with a rapturous rendition of Weary Eyes and new single Are We Alive. Despite the ignorance of numerous individuals in the crowd, tonight McCarthy is on fire, his quick wit and powerful voice really shine through.