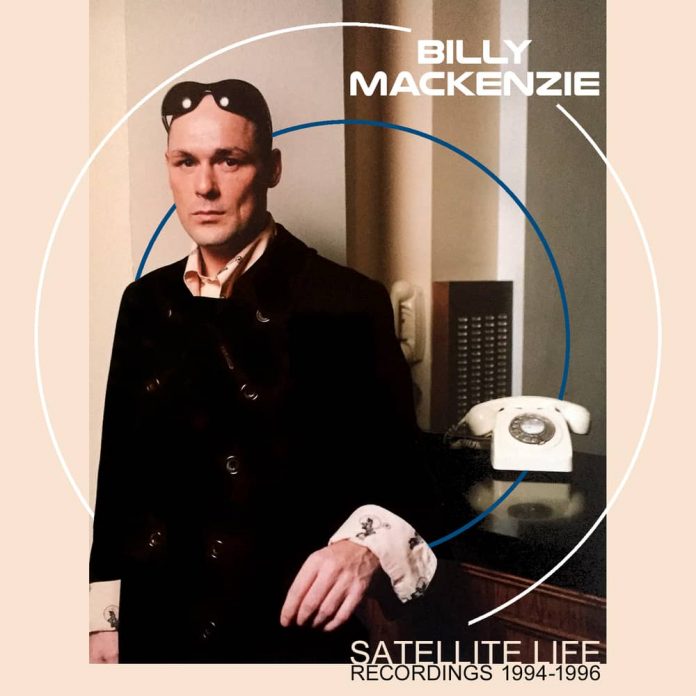 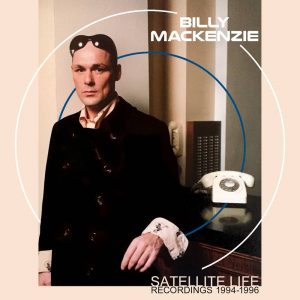 Three disc boxset documenting ex-Associates singer Billy Mackenzie’s solo work from 1994 to 1996, with many previously unissued tunes. This was at the time when he was involved in a musical partnership with the pianist Steve Aungle, who also provides some of the sleeve notes appended to this collection. A number of other producers and players also contribute, including Dennis Wheatley, Paul Haig and Laurence Cedar. Ian Canty monitors messages from outer space…

I don’t think there is too much doubt that Billy Mackenzie possessed one of the most accomplished and distinctive voices to come out of punk and its various aftershocks. The 1980s had yielded hit singles for his band The Associates and also the successful Sulk album. The latter part of the decade was quieter, but come 1993 there had been a brief but ultimately fruitless reunion with Alan Rankine. After this “new” Associates” floundered, Billy was left to ponder a solo career without a record deal. In 1994 he joined forces with pianist and producer Steve Aungle and the pair’s recordings make up the bulk of this new collection.

Critical opinion seems to hinge on the hypothesis that the material Billy recorded in his own right was somehow not as good as his Associates’ work. But this new collection Satellite Life seeks to demonstrate that even if you believe that view is correct, there are a whole host of delights stored in his archive across the middle of the 1990s to tantalise the listener.

This new 3CD set ensues with a top quality torch song in Sing That Song Again, the first item of a disc given the entirely fitting name Winter Academy. The relatively sparse arrangement of violin and piano really plays to Billy’s strengths of being excellent in portraying raw passion, love, sadness and regret through his one of a kind voice. The song Winter Academy is beautifully restrained and it acts as a preface to Mackenzie’s version of the Nina Simone/David Bowie tune Wild Is The Wind, which fits him like a glove. Ex-Josef K/Orange Juice guitarist Malcolm Ross adds sensitively to this cover and also to a rueful Blue It Is, plus the piano-led peach And This She Knows.

After a rhythmic intro to The Soul That Sighs Billy truly soars and When The World Was Young from the Eurocentric album adds to the sumptuousness that has preceded it, with Steve Aungle’s keys and Billy’s pipes combining to wonderful effect. Dennis Wheatley slips into the keyboards and production spot on a spacey cover of Randy Newman’s Baltimore, but the rest of this platter is rounded off by Mackenzie/Aungle compositions. Nocturne VII has a feel of gently awaking wonder and Beyond The Sun is louche and dreamlike, with a glittering Return To Love finishing the disc with an electro pulse that provides a vital clue to the next step of Satellite Life. This first portion of this compilation is perhaps one of quiet, reflective moods, but it also is marked by beautifully wrought passion and flawless performances.

Disc two of Satellite Life is called Consenting Holograms and begins with a raft of upbeat electronic dance-style numbers, which is more or less a total contrast to what has gone before. In many ways the euphoric and emotional sound of house offered the perfect platform for Mackenzie and his vocal pyrotechnics. 3 Gypsies In A Restaurant bounces along on a big bold groove and Falling Out With The Future prospers on the back of some vigourous, thumping beats.

The more stately introduction to Put This Right, a number with Laurence Jay Cedar producing, soon gives way to a faster pace and this is one of the most attractive of these dance/pop efforts. It seems amazing that this is the first time it has seen the light of day, as it would have made an excellent single. But as Steve notes in his excellent essay that accompanies this boxset, record companies’ A&R sections were loathe to take risks with Billy Mackenzie. His talent came with maverick behaviour and an ability to spend money like there was no tomorrow that made them understandably a bit edgy.

Hornophobic’s urgent rush shows again Billy was also a master with something more up-tempo and if the tense 14th Century Nightlife has a failing, it is that he plays second fiddle to its overbearing sense of dread. Consenting Holograms Have More Fun’s punning title is the cover for more nerve-jangling electronica where Mackenzie is again a bit underused, but the zooming synths and simple percussive thud of Fear Is My Bride does grant the space for him to work his magic with the song.

A house music cover of Eurhythmics’ Here Comes The Rain Again is a decent treatment, pulling the material into areas not explored by the original and Eurocentric shuffles along well. A featherlight version of Return To Love crops up and is pretty good, but Mysterious Love which comes juts before it is a real dance monster. The soulful cowrite with Paul Haig Give Me Time in remixed form is the end-piece to Consenting Holograms, with the original also cropping up on disc three where Haig on guitar. This is a selection that is adventurous and on the whole very lively and satisfying fare.

The final part of this set is entitled Liberty Lounge and its opening gambit Tomorrow People sports the most conventional instrumental set up thus far. Guitar, drums and synths back Billy on a soul pop tune. The Mountains That You Climb is more lowkey and attractive, but it is still cast in relatively straightforward mode. We move to something more intriguing with Liberty Lounge itself, as it exudes an air of menace in its organ hover and this helps Mackenzie drag every ounce of mystery out of what is a very sharp song.

Sour Jewel fizzes with power and an atmospheric 14 Mirrors makes the most of double tracked vocals to carve out a cracking piece of 1960s influenced pop music. The same song is also given a second runout just after Satellite Life itself and a sparkling At The Edge Of The World, which was produced by Simon Raymonde. The set’s title track is simple but gorgeously realised and dramatic and the gentle dance floor vibe of Velvet is also good. Satellite Life ends with two items from the archive in Your Own Fire and Von Hamburg. The former isn’t one of his best, but the instrumental Von Hamburg strikes a bright and endearingly strange note to go out on.

There is no doubt in my mind that we lost a true great when Billy Mackenzie died on January 22nd 1997. His voice was an instrument of precision, power and passion and this was allied to a keen sense of humour and a playful spirit that made him willing to push music in all sorts of directions. Though his work with The Associates is rightly lauded, we should not forget that his solo career contained the many gems that are rounded up on Satellite Life, a wonderous listening experience.