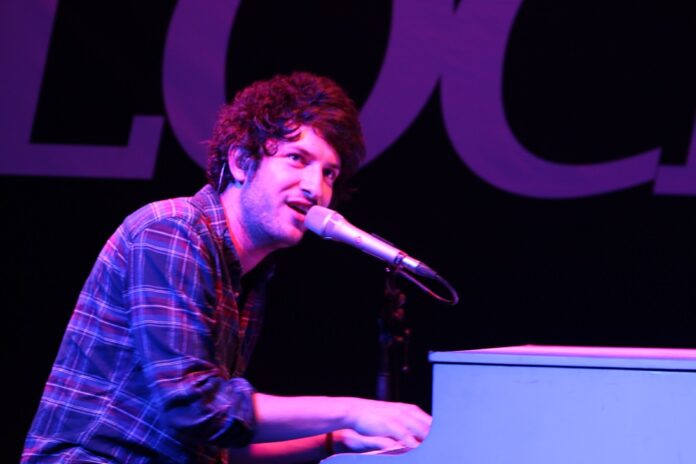 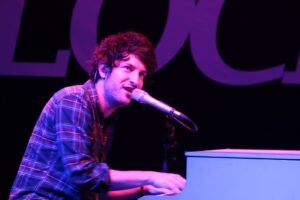 Billy Lockett/Karima Francis at the Trades Club – live review
Billy Lockett/Karima Francis at the Trades Club, Hebden Bridge
Wednesday 29 October 2014
5/10
Someone is putting some money behind cheery troubadour Billy Lockett which is probably a good investment as his middle of the road ditties will soon see him playing much bigger venues than this.
But first up was the very welcome return of Blackpool’s Karima Francis, who is one of our nation’s most interesting artists.  Britain’s best, and tackiest, resort is not known for churning out pop stars other the Tull’s Ian Anderson, and our very own John Robb, but Francis has talent to burn.
She seemed destined for the big time before she was hospitalised for nearly a year, but it’s good to report she is back looking  fit, healthy and up for it.  She is out drumming up support for her third album which disgracefully for such a talented act she is having to crowdfund. What is wrong with the music industry these days that she has to ask her fans to fund its release? 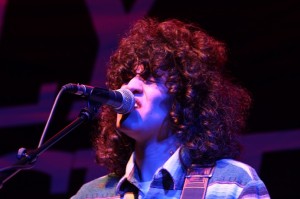 Francis told Louder Than War she recorded the album in just 20 days and judging from tonight’s set the songs are easily her best yet, which is saying something. Stand out was Blue Moon which showcased her pure bluesy voice and effective guitar playing.
Karima Francis is the real deal, and this album needs a release, so if you want to help go towww.pledgemusic.com/projects/karimafrancis
No such money worries for Billy Lockett with his fake grand piano and expensive backdrop.  Lockett has been all over Radio One with the catchy Pathways which is the perfect example of his mid tempo pop ballads.  There’s a bit of Gary Barlow’s faux sincerity in his piano driven tunes, but it is a bit more early Billy Joel which isn’t such a bad thing.
Fair play to Lockett in taking the traditional route to stardom of gigging to build a fan base as there is no doubt had he gone down the X Factor route he would have won hands down. His easy/cheesy patter, good looks and ear for a hook would have been irresistible to Cowell’s evil empire.
He also gets top marks for communicating with his fans introducing a song about his dad called Love It Hurts, Don’t Waste Your Time which he wrote for a squaddie who he helped propose to his girlfriend and bizarrely a ditty about his manager, Winning Team, which was a tad cringey.
In a world when a ginger no mark like Ed Sheeran packs arenas then Billy Lockett should be able to break through too. But the fact that of all the acts he could have chosen to cover he decided to pick Coldplay says it all about this show.