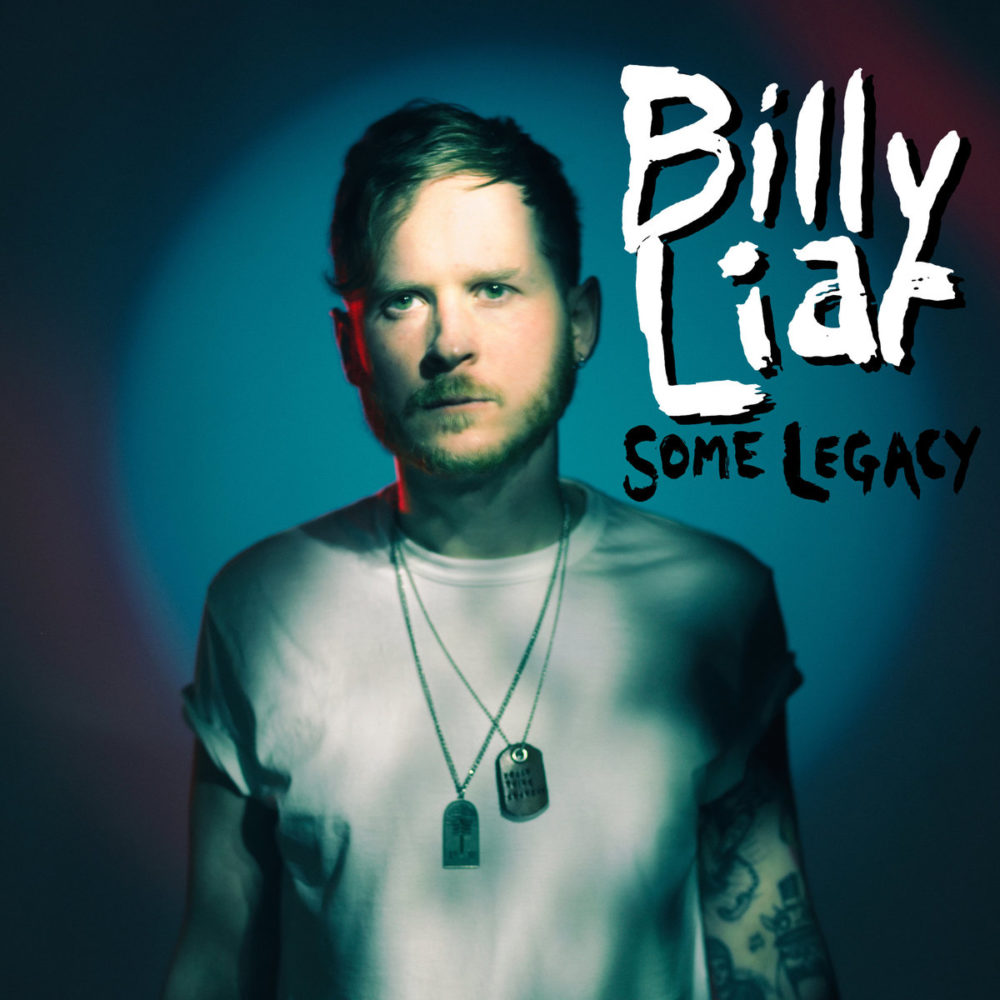 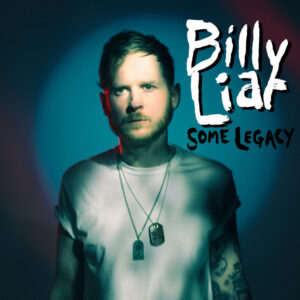 I don’t know about you, but I always give track 7 a listen first when trying to work out whether an album deserves my full attention. A quick spin of Change from Billy Liar’s new release Some Legacy drew me in straight away. A depth charge of a track with an explosive opening, a recognisable folk/shanty vibe running through the core and a familiar Celtic swagger. It reminds me of the epic Archipelago by Smokey Bastard, so of course I had to listen to the rest of the album!

Billy has been releasing tracks and EPs since 2006 but this is the first time he has completed an album with a full band, he explained: “I have done a European tour and a short run in the states with a full band and I definitely plan to do a lot more touring from now on, because the album is so, so loud!”.

The opening track The View From Here hits you like a brick with its battery drum beat – it’s like it’s is in full swing from the first note, breathless, visceral and supercharged and at just under two minutes it’s the perfect track to get you in the mood.

Through The Righteous and The Rats, I still Struggle and the epic Pills it’s most definitely punk running through this man’s veins!: “I got into punk quite early on and my dad had a lot of punk records, I used to dig through his collection, bands like the Jam, the Clash, The Undertones and The Exploited. They were a revelation. My dad had a copy of Army Life and I looked on the back and realised it was recorded in Edinburgh and there’s a picture of them taking a piss against a wall, I  thought it sounded like the cheapest thing I’d ever heard, loud and fast”

Billy has often been described as a troubadour suggesting an acoustic upbringing. The following track Independent People is very much in that vein, strummed protest song: ““I grew up playing the viola when I was younger as well, and when I play the guitar, I play a lot of folk pubs, especially in Edinburgh there are some really good ones and you have to play really fast and really loud! To be heard!

“Originally I played in a band and but I played acoustic because that was just what I had and it seemed to make sense, then I stopped playing with them after about a year of just playing gigs around Scotland and it’s kind of been that way ever since. I get called a poet/troubadour a lot, I like reading and do think the lyrics are important. I don’t really write poetry separate to the music that I write”.

A number of the tracks on Some Legacy have a US punk feel especially Neither Are You and Cold Turkey: “I kinda grew up with the bigger American punk bands from the 90s Fat Wreck compilations, Epitaph, No FX and Offspring. Cold Turkey sounds a little more US for me that was my attempt to write a Buzzcocks type song but I also see how there are other influences coming in. I like the way Buzzcocks wrote these kind of weird kinda minor melodic punk songs holding their hearts in their sleeves.

The album closes with the ballad Less Vegas, a fitting end to a storming debut. Billy never hides his roots which is refreshing and while Some Legacy has a strong Celtic feel it’s tempered by a real punk ethic. Multi-faceted to the final note. Less Vegas features beautiful backing vocals from Stina Sweeddale from Honeyblood.: “She’s a fantastic songwriter and we have known each other a long time”.

Billy explains the reasoning behind his iconic moniker: “It was one of my favourite books I guess when I was growing up – actually my dad gave me the books Billy Liar and Saturday Night Sunday Morning – When I first met Jimmy Pursey he said to me, Billy Liar and I said Yeh, Saturday Night Sunday Morning? And I said Yeh, and he put me in a headlock, sat down on a sofa with me and we just started talking, and he was just testing me to see if I’d read the book.

Finally some stuff about Billy’s favourite artists?: “Joe McMahon, the produces the record as well as being in the band Smoke Or Fire, we have spent the last few years touring together. We were playing Dublin and he was getting the tracks back for his solo record and he let me hear a bit of it to just to say what I thought about a particular drum sound or something, and when I heard it I was like that’s unbelievable!”

“TV Smith is a major influence. The first time I heard Crossing The Red Sea by The Adverts, that changed my life. I’ve been friends with him for a long time now, we are playing in Edinburgh, Glashow and Dundee together, and my friend Joe McMahon is playing as well, at the end of the gig me and TV Smith will play some song together, play One Chord Wonders together, it’s really fun!

“Also Tim Loud, who is a brilliant dark country, blues, punk and rock n roll musician, who is based in Manchester quite a lot of the time, RAMONA, who are also a new signing to Red Scare Industries and are a brilliant band from Philadelphia and  FREDDY FUDD PUCKER, from New Zealand but based in Berlin. He’s a one-person-band with some of the best lyrics you’ll ever hear, and a unique live show”

Future Plans? “I’ve got a full band launch happening on July 12th and Joe, who lived in Germany is going to fly over and open that show. Then he’s going to play in the band (along with) my friend Robin Guy who plays in Sham 69.

‘Some Legacy’ was recorded at Big Dog Recordings near Antwerp, Belgium. It was produced by Joe McMahon of the Fat Wreck punk band Smoke Or Fire, and co-produced by Tim Van Doorn, who also played bass. Robin Guy played drums. It was mastered by Bram Dewachter.

“Ask your local record shop to order it in if they don’t already have it. Buy online directly here: BIGCARTEL Or if you’re in the U.S., from Red Scare HERE 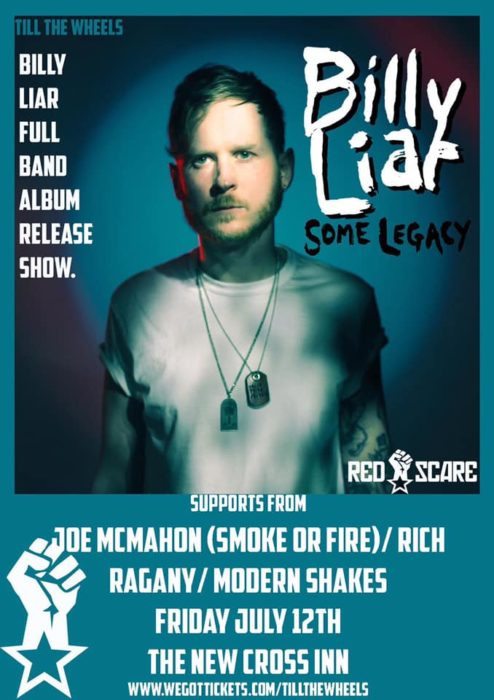 Words (those which are not Billy’s!) by Nigel Carr. More writing by Nigel on Louder Than War can be found in his Author’s archive. You can find Nigel on Twitter and Facebook and his own Website. Images: middle: Marco Jankowski, bottom: Charles Engelken