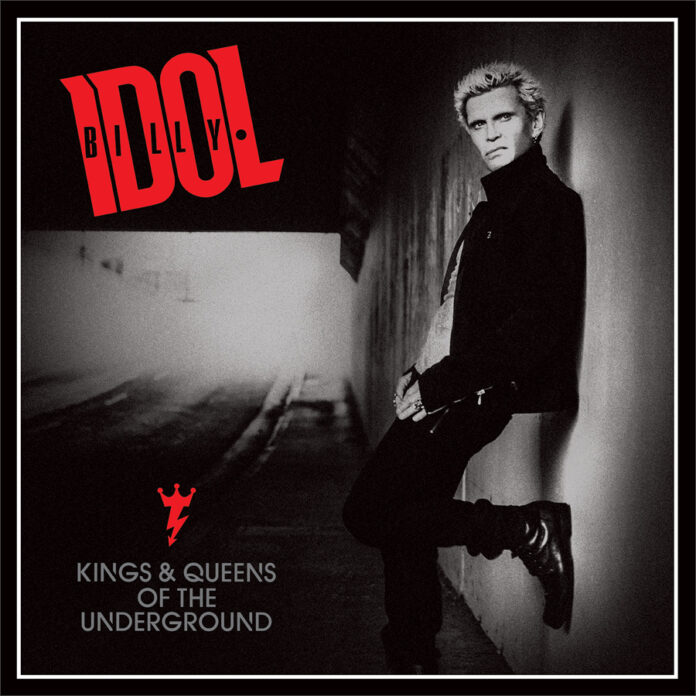 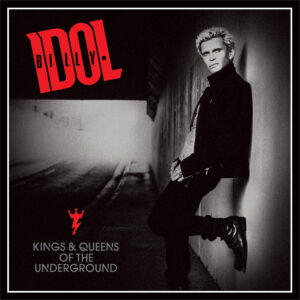 “From punk pioneer to global superstar” says the press release for Billy Idols first new album in a decade. Ged Babey has instructions to listen without prejudice.

I tried, really I did.

Punk gave people the chance to reinvent themselves.  A sickly, working class kid from Finsbury Park became the Anti-Christ, an Anarchist.  A public school-boy, son of a diplomat became a Rebel Rock Icon, a Rock’n’Roll Che Guevara. And William Broad? Well, he became an MTV Superstar Rock Idol and a Monumental Prick to boot.

Billy Idol was never a “Punk” or a pioneer incidentally.  He was an old-school Glam-Rocker who engineered himself into a shit-hot rock’n’roll band…by being in the right place at the right time. He also happened to be gorgeous.

I loved Generation X and their run of classic singles.  I think everyone from Our Generation did really.  Their debut album was actually a bloody fantastic record. Guilty Pleasure it may be now but it sounded alive and better than most other punk debut albums, technically and essence of youth-wise.  They looked great, the songs, unabashed pop stance, the energy and tunes were irresistible, unbeatable and pure pop at its best.

Thing is, a band is four people and it was that combined effort that made Generation X great, not the fact that Billy Idol was seemingly at the helm ( when it was Tony James who probably was).  Billy’s biggest cultural impact in fact was in boosting the the sales of peroxide to boys in the late 70’s/early 80’s (when Kirk Brandon took over that role)

(Undoubtably his biggest influence on YOU Mr “Born-Blonde” Babey,  says the Editor).

Billy Idol is quite capable of making a credible album. He would have to find the right people to work with though. Imagine him with the Manics doing Motorcycle Emptiness, or being backed by Joan Jetts Blackhearts or like Ronnie Spector, teaming up with the Raveonettes to cover some old rock’n’roll tunes like Dynamite or We Say Yeah, he was after all the Cliff Richard of Punk (which is not actually an insult, just a fact.)

Anyway, this is Billy’s first new album in a while.  His last was an appallingly cash-grabbing Christmas covers album. The title track has Billy revisiting his past.  namechecking Johnny, Jonesy, Pil’s Rise and the Roxy’s toilets.  All this set to a tune which recalls Greensleeves ( in order to locate it in Merry Olde England)  being played by Guns n’Roses on valium.  Its Laugh out Loud time when he sings, “I don’t mean to be profound…”  Its OK Bill you’re not. ” …We are still Kings and Queens of the Underground”.  Signed to Chrysalis and EMI, those well-known independent labels.   Bolan got Generation X on prime-time TV with their debut release and Idol’s face was forever in Oh Boy and Jackie, hardly the ‘underground’.

The best bits on this album are when the guitar-playing does sound like Motorcycle Emptiness and Sweet Child O’Mine.  It’s produced by Trevor Horn incidentally, so be ready for the bubbling synths and those stabs of 80’s sounding keyboards. It’s a very easy-listening  FM Rawk album and no different to the rest of Billy’s solo output.  It’s only the apalling, cliche-ridden lyrics with their hollow,  predictable rhyme schemes which drag the album down to laugh-out-loud funny and too-cornball to listen-to repeatedly.  There are a couple of tracks where the music has reached the sensitively bombastic feel of U2 circa the Joshua Tree.

At 59 I imagined that Billy might have done a bit of a Johnny Cash and gone back to his roots – a bit of Sun style rock’n’roll,  but no – it’s business as usual –  trying for a MOR  AOR  Rock ‘Hit’  with a bit of self-mythologizing along the way.

I thought that there was the slightest chance that Billy would make a half decent album with some songs about getting old, regrets and some focused anger about the state of the world. But no, it’s all about his ego, his libido, his wild crazy life and loves and addictions.  It’s shallow, bland, dumb, corny and worthless.

The only time it gets anywhere near to approaching emotion and genuine soulfulness is Ghosts In My  Guitar,  where a couple of friends who have passed over are eulogised. But in a rare flash of wit there’s a line about how ‘Rudy died by Chapter Nine’… a knowing nod and a wink to the autobiography which comes out at the same time as this album.  The tears of a crocodile with a bit of product placement.

If I thought that this would hinder sales or upset Billy I wouldn’t submit such a negative review, and maybe it says more about my unrealistic  personal expectations of some-one I thought was pretty cool (when I was 13). Whatever…. I’m going to listen to Youth Youth Youth, the last track on Generation X’s debut album and muse on how next time Billy may decide to rekindle that spark (yeah maybe he’d have to mainline some Viagra…).  The last three and a half minutes is of course the best bit of the song.

Official website billyidol.net.  where you can win a “Win A VIP Fan Experience Trip” Meet Billy and so on…

All words Ged Babey (opinions expressed not neccesarily shared by John Robb and others at Louder Than War).