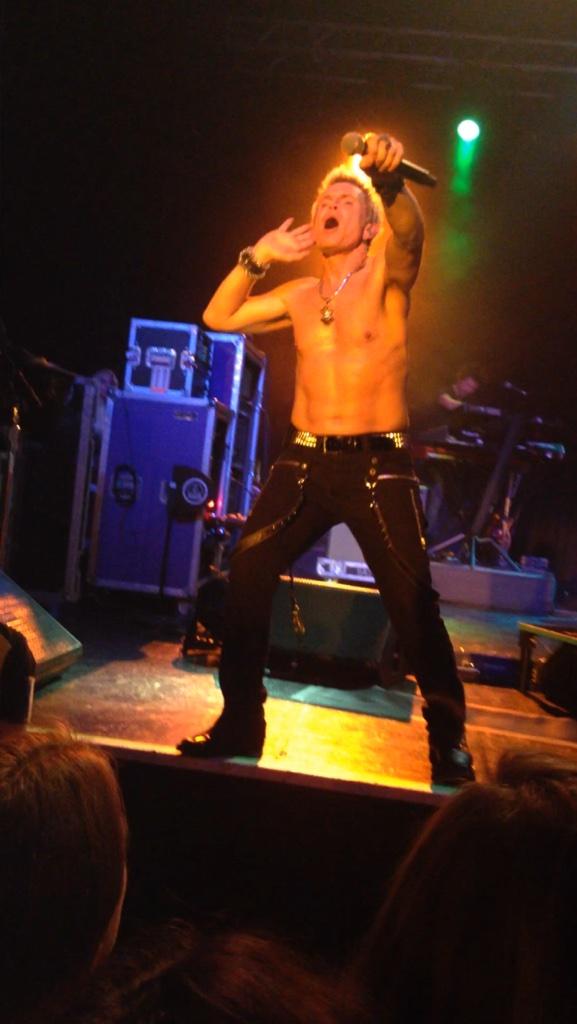 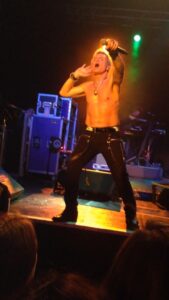 WITH A REBEL YELL WE CRIED MORE MORE MORE!!!

Last night was packed to the rafters at the O2 Academy in Birmingham, everyone eagerly awaiting to see the rock/punk/pop idol Billy.

With this being a long awaited tour in the UK and playing only 3 gigs in Blighty, Birmingham, London and Manchester, fans had travelled far to see this chart topping artist.

This was a rock, pop, punk, festival of tracks old and new an exhilarating set performed exquisitely by a true performer, this combined with the brilliance of Steve Stevens who I had never seen live before I was completely awestruck.  The love of the music being played embraced and completely reached out to the whole crowd.

Billy was totally at ease with his powerful performance, and he was really pleased to be back playing in the UK,  belting out a range of tracks. Fist clenching, snarling and lip curling throughout, along with numerous shirt changes which pleased the ladies on the front row, to reveal his fantastic physique.

Steve Stevens was captivating with his solo performance, sheer brilliance, and was Billy on guitar, both involved with an acoustic set, sheer brilliance. The session musicians and Erik Eldenius on drums was so powerful, making this one thoroughly entertaining night of pure brilliant music.

New tracks also emerged from the new album Whiskey and Pills, Can’t Break Me Down and Kings & Queens of the Underground, produced by the legendary Trevor Horn.  The new tracks certainly complimented the old classic hits Dancing With Myself, Sweet Sixteen, Eyes Without A Face, White Wedding and Rebel Yell.  Rebel Yell being in my opinion the most powerful performance of the night, and had the whole audience participation, in fact Billy’s voice became lost in the crowd.  One track I really appreciated hearing was King Rocker from the  Generation X era, and from the Valley of the Dolls album

Billy and Steve provided a true energetic electrifying set and an encore that included a classic hit Mony Mony, originally a 1968 hit for Tommy James & The Shondells.

Think after this first  performance in the UK we will see more of Billy Idol hopefully,  at festivals next year.  An all round great professional, and rock/pop/punk Idol.