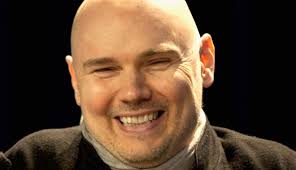 At last there is a rocker that could play the Trump inaugural.

Awkward rocker Billy Corgan has come out for Trump . We very much doubt he’s the only Trump Rocker – up here with Ted Nugent and a whole host of them – after all rock music in reality a right wing world and in a sense you can’t get any more rock n roll than Trump himself whose whole operation is like the Rolling Stones at their pomp!

this is not the first time the outspoken Corgan has waded into the debate. In the past he has spoken positively about President-elect Donald Trump, disparaged former Democratic candidate Bernie Sanders, and even compared “social justice warriors” to the KKK. Corgan’s conservatism runs so deep that he recently began filming a new series, Thirty Days, in which he embarks on “a trip to see if the American culture that I recognized as being a part of was still there.” Corgan is periodically checking Morning Show while out on his travels, and his most recent dispatch dealt with the rise of so-called “fake news” about Trump.