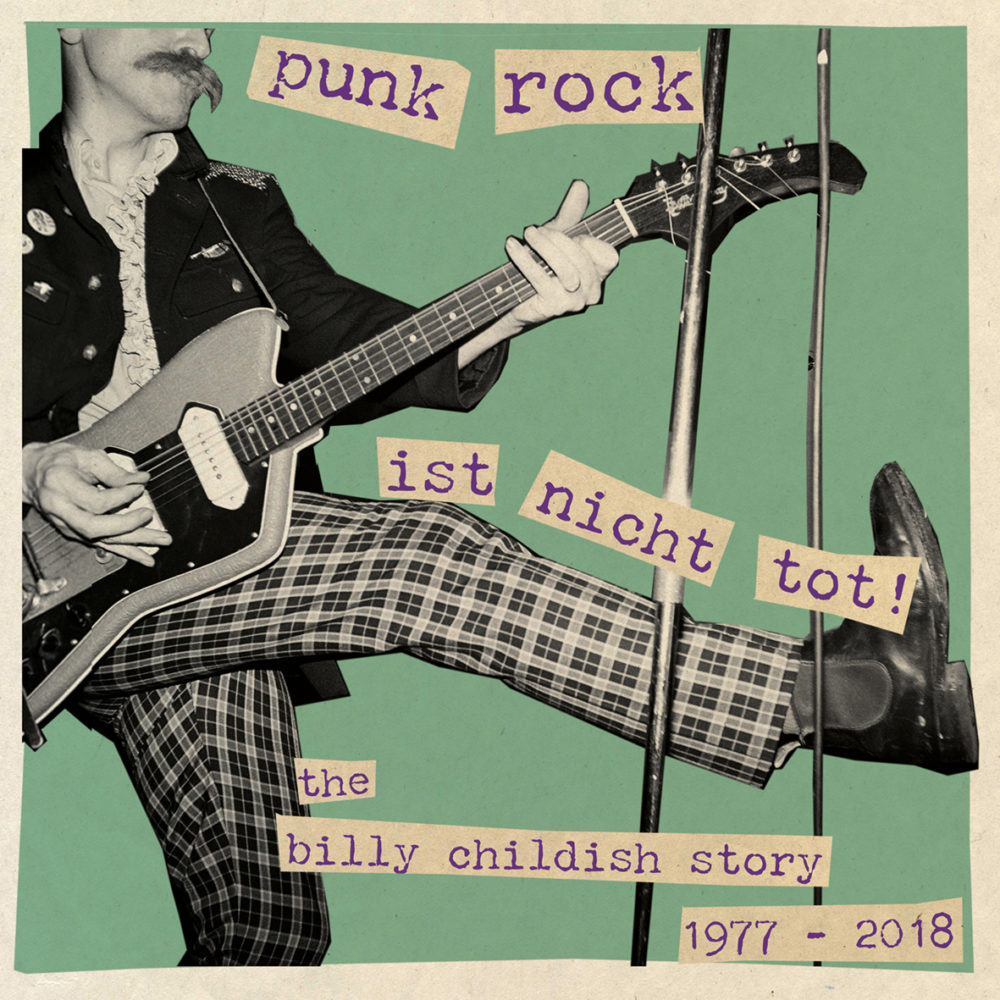 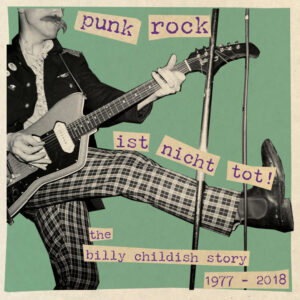 Do we really need another compilation of Billy Childish’s recordings? I mean it’s been only ten years since Damaged Goods released their last one, but considering that in that time Billy Childish has put out a further thirteen records, I guess it may be overdue! Punk Rock Ist Nicht Tot goes right back to the beginning and is a distillation of the over 100 albums he has produced in his 40-year career.

Never one to bend to the will of fashion, and having always ploughed his own path, it feels natural that the compilation starts with a swampy, barely audible version of Whatcha Gonna Do About It? from The Pop Rivets’ Live In Germany album, followed by a demo version of Kray Twins. It’s almost like he is willfully challenging the listener to wait out the roughest and sketchiest of recordings and it’s not until track three that we hear anything resembling a final recording of any song, coming in the form of The Milkshakes’ wonderful, almost psych-garage, Love Can Lose. While all three tracks, and others such as Joe Strummer’s Grave, Archive From 1959, and of course the title track Punk Rock Ist Nicht Tot, appear on Damaged Good previous compilation (Archive From 1959), where this new compilation differs is in that it runs chronologically, giving the listener a snapshot of Childish’s development, or perhaps lack thereof, over the last 40 years. In this way, we hear how he has stuck to his single-minded idea of rough and stripped back raw garage rock ‘n’ roll through, from The Pop Rivets through to CTMF.

The project that features most heavily on this compilation (getting an entire LP side devoted to them) are naturally The Headcoats/Thee Headcoatees, that which, more than any other, shows the unbridled prolificness of Billy Childish. In 11 years they managed 25 albums between the two groups, and this also shows the conundrum that would face anyone compiling this retrospective in having to boil that quantity, and quality, down into only 9 songs to be included. The side opens with the Headcoatees classic Davey Crockett, a song that perfectly blends Childish’s roots in both the 60’s garage sounds and the punk scene from which he came. A mash-up of Farmer John with a dash of the Ramones’ ‘Gabba-gabba-hey’, and a lick of The Seeds in the solo. It’s also one of the songs that show his continued influence in the garage world, having been covered by The Hinds in 2015.

And of course, his work with Holly Golightly is also here in the form of the stomping Step Out and grooving Upside Mine. Over the years, the work that Childish has done with her, in the form of Thee Headcoatees and as a duo, count among some of his best. It seems as though he has a freer musical range when knowing that he won’t have to carry the song, much in the same way as his later work with Kyra. Their slinking This Wonderous Day makes the cut here. In amongst all the fantastic garage rock that the compilation has brought together, it’s good to hear a few of the songs like these where Childish has stepped out of the mould somewhat. Where it’s even more pronounced through is on I Don’t Like The Man I Am from his work with The Singing Loins, and Mussel Horse, which was recorded in collaboration with his fellow Stuckist and Medway poet Sexton Ming.

The advantage of more or less constantly sticking to your own style over the course of 40 years is that at some point fashion will eventually catch up with you once again, which is exactly what happened at the turn of the millennium, as garage came back in style, and so came The Buff Medways (or Wild Billy Childish & The Friends of the Buff Medway Fanciers Association, if we give them their full title!)  It also showed a shift in some of the songs back further to the more harmony-driven garage rock of the 60s, Strood Lights being the perfect example. It didn’t last long though as his Musicians of The British Empire came to the fore with more of a proto-punk racket. After a few doses of the lo-fi indie rock of The Spartan Dreggs, Childish’s project with Fire Dept.’s Neil Palmer, the final side of this extensive collection is dedicated primarily to his current band CTMF. Taking over on vocals once again, the style comes right around full circle to the driving garage he started out with, albeit with a smattering of Hammond organ sitting in with the mix on tracks like A Song For Kylie Minogue. It’s once again a wild racket of glorious garage rock.

Over the last 40 years, Billy Childish has probably been the most prolific British songwriter. He has stuck to his guns throughout, as any true artist should, and produced some of the best garage rock music that the country has seen. Punk came and went, an 80s garage revival briefly showed it’s head, Britpop looked back to many of those 60s British Invasion bands, and 18 years ago garage music hit the mainstream in a way it had never done before. All the while Billy Childish continued, blinkered and focused with a one track mind. Here’s hoping that in ten years time there are another host of albums to try to include in the next compilation. But for now, this is the almost perfect retrospective of a true national treasure.

Listen to CTMF’s A Song For Kylie Minogue below:

Previous Childish pieces on Louder Than War include:  Acorn Man,  All Our Forts, and Brand New Cage reviews. 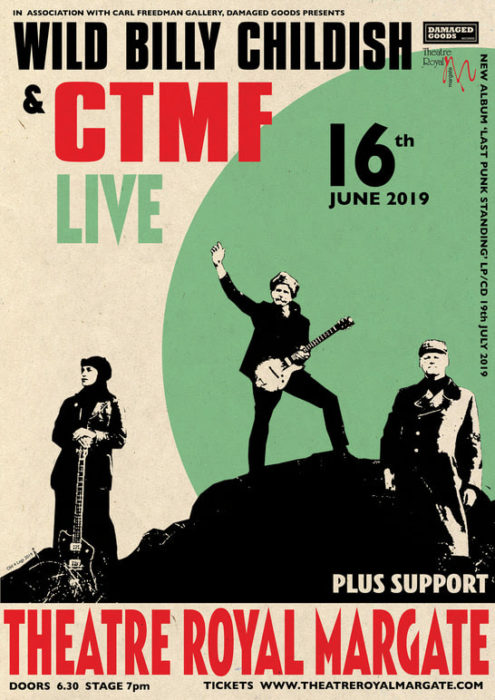