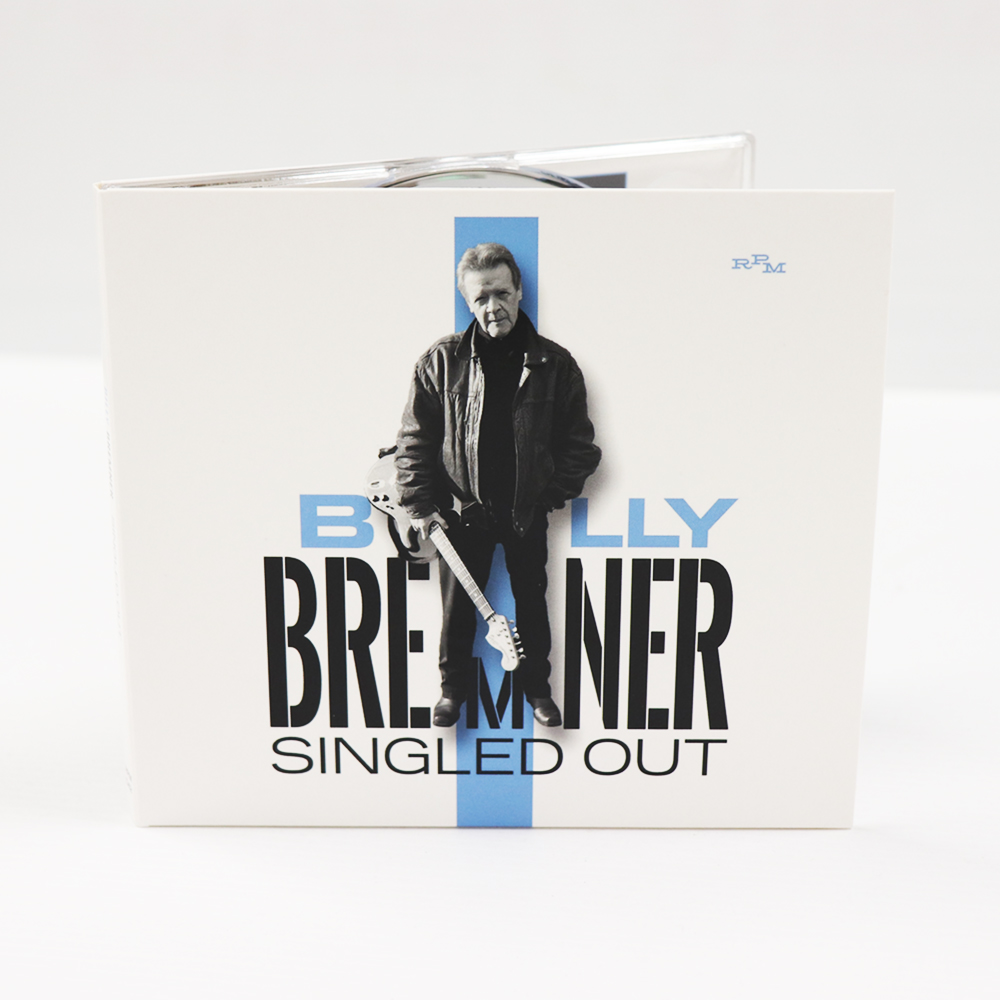 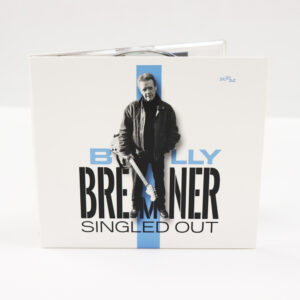 Collection zeroing in on Nick Lowe/Dave Edmunds cohort Billy Bremner’s single sides recorded from 1974 (under the pseudonym Billy Murray) right up to the present day….LTW’s Ian Canty ponders the lot of the “second banana” in music….

I suppose the term “sideman” isn’t exactly the sexiest thing to be labelled as in music, I will grant you that. Looking at it from another angle though, this indicates someone talented enough to put in a performance of quality time after time, one who can be relied upon to enhance whatever they touch without ever being a glory hog. Generous, accomplished and modest, not really such bad things are they? Of course being identified as such could lead to your own efforts being viewed as merely an adjunct to the talents that you provide the backing for, which has sort of been the case for Billy Bremner (no relation to the Scottish football legend of the same name). Nevertheless what we can glean from Singled Out, he was certainly able to rock up a storm under his own name and perhaps with a little more investment in his own work, could have rivalled his erstwhile band mates Dave Edmunds and Nick Lowe, for a while at least.

Before Bremner hooked up with the aforementioned duo, which along with Terry Williams would make up the streamlined Rock & Roll music machine they called Rockpile, he had already made somewhat of a mark. Billy had played on many studio sessions and was briefly a member of Lulu’s Luvvers, but not actually getting to record with the erstwhile Marie Lawrie. He was also an original Rutle as part of the band Fatso which backed Neil Innes and Eric Idle on the TV show Rutland Weekend Television (something that needs a DVD release I would say). He cut some singles of his own in 1977 and 78 under the name Billy Murray, as not to be confused with the combative ex-Leeds United midfielder and presumably because the actor of the same name was not very famous.

Soon he would join Rockpile and play on his bandmates’ very successful records like Dave Edmunds’ Repeat When Necessary and both Jesus Of Cool and Labour Of Lust by Nick Lowe. Rockpile themselves debuted with the Seconds Of Pleasure LP in 1980, with Billy singing lead on Heart and You Ain’t Nothing But Fine as well as guitar and backing vocals on everything else. He also wrote Creature From The Black Lagoon for Dave Edmunds and Trouble Boys (both Billy’s version of these songs are present here), which Thin Lizzy released as a single.

It was when Rockpile split up not long after their sole LP that Bremner looked to reactivate his solo career. Making a demo of his song Loud Music In Cars with ex-Kursaal Flyers/Records drummer Will Birch alerted the interest of Stiff Records who released a re-recorded take of it as a single (both versions are included here). A bit later on he recorded with the Pretenders on their single Back In The Chain Gang, but he still ran with his own stuff concurrently. Bremner’s first full length solo effort arrived on Arista in 1984 entitled Bash and in the intervening years he has recorded three other LPs of his own, the most recent being 2012 Rock Files.

Billy’s voice is a rough Rock & Roll rasp that has got gritter with the years, but fits the kind of rootsy rockers that the man has always favoured down to the ground. There’s a lot to admire on Singled Out, but it is difficult not to conclude that Loud Music In Cars was perhaps his best chance of mainstream success, a great and really cool tune that worms its way into one’s cerebral synapses and doggedly stays there. Also Stiff were a pretty big operation at the time, with Madness among others scoring big hits. Why didn’t it happen? Well maybe it was just a little too late by a year or two to jump on the chart-bound Pub/New Wave crossover thing. Still it is a great record and the demo version with a bit more guitar on it sounds a real treat.

Away from that song we have plenty to enjoy, with newie Shoot Myself being rendering in Billy’s diction like he was close to an unfortunate accident indeed! It is a winning piece of bar-room rock and the jerky R&B of I’m Dying (To See You Again) is also in the punning, self-effacing style not far from his old band amigo Nick Lowe. Bremner covers Elvis Costello’s Shatterproof very well, this one shows he could easily turn his hand to intricate, flowing Pop too and Trouble Boys has the kind of bass line that Phil Lynott would have lapped up, perfectly turned out diamond-strength Hard Rock. His recording with the band Fastback, Mona-Lott, has a kind of Roy Orbison feel to it and Meek Power, penned by Howard Werth of Audience, is another nifty rocker.

The Billy Murray recordings are interesting stuff, recorded with the late Kris Ife, producer and former member of the Quiet Five. Heart And The Stone has an insistent Motown rhythm and the Blues/Country Pop of Downtown Hoedown is pleasing on the ear. But for me it is the last track, recording way back in 1974, which is the highlight,. 50 40′ Or Fight might be oddly named but it is a classy delve into a similar area to Ronnie Laine’s Slim Chance, plus it also has a fine catchy chorus to boot.

To demonstrate that you can’t keep a good rocker down, Billy is still touring with his band, the wittily named Rockfiles and will hit the 100 Club in January 2019 (see here for more details). I certainly hope to make that show. Not one for the outrageous statements or costumes of the headline-grabbers, Billy Bremner stands for unpretentious good old Rock & Roll played with honesty and energy – and there is nothing at all wrong with that. Singled Out proves that when moving out from behind the shadows of his prestigious bandmates, he was a force to be reckoned with.