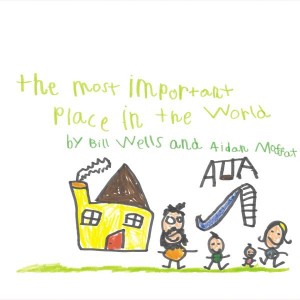 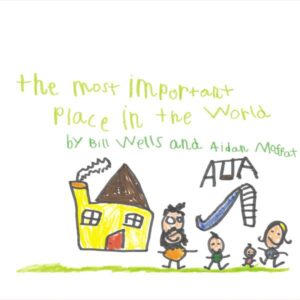 Bill Wells & Aidan Moffat: The Most Important Place In The World (Chemikal Underground)

Wells & Moffat take us deep into the city’s sordid underbelly. Louder Than War’s Paul Margree gets the Alka-Seltzer ready.

These are tales of getting older not wiser in the city, of succumbing to its tawdry glamour as those younger and prettier than you dance and drink seemingly without a care in the world, of realising the things you thought you always wanted have turned to ash in your mouth, of taking consolation in drink, drugs and meaningless fucking, of waking up a tea-time after a middle-aged bender “with hammers in your head and holes in your heart”.

It’s great stuff. Moffat has the forensic gaze of the true writer, his flinty vignettes nailing the inadequacies and delusions of his characters, but he is able to mix disdain with sympathy for these ageing, embittered losers, even if there’s rarely much consolation to be had.

Take the un-named protagonist of The Unseen Man, stumbling around the fleshpots of the city refusing to acknowledge that he should have given all that up years ago. Moffat’s second-person narration enables us to see him almost from two perspectives at once; close in as he’s railing against “those baby-faced boys … in their sisters’ clothes and unnecessary spectacles,” but then pulling back until we see him, as if under a spotlight, “just another fat, drunk dad in trainers who likes a pint and hates buying clothes”. But who could fail to be moved by the pathos of those final lines, the grim inevitability of the next night to forget and the next promise to break, lines delivered without judgement but with a worn acceptance of his all too human failings?

Moffat has widened his focus on this record, bringing in the city as the locus for his characters’ muddled peregrinations. “Real life, raw life, reckless life – this is the city as she is, with a wanton heart that never sleeps,” he growls on This Dark Desire, his gimlet eye floating camera-like above the action before zooming in on another illicit assignation taking place in the maze of streets and bars below.

The gorgeous musical settings of his compadre Wells lock right into this granite poetry, bringing dark and smoky jazz textures as well as electronics and his trademark elegant piano melodics that leaven the heartache and self-loathing. On The Motorway’s spare piano, drum machine and synth are like Autobahn-era Kraftwerk crossed with one of those beautifully minimal ECM piano records, Tord Gustavsen perhaps or the Esbjorn Svensson Trio.

Any Other Mirror, in contrast, lightens the mood somewhat, with a charmingly kitsch bossa nova arrangement. The deft retro styling is a great accompaniment to Moffat’s daft love song, with a cheesy Herp Alpert-style horn solo the icing on the cake. The Eleven Year Glitch’s orchestral electro-pop is similarly cheery, The Human League grown older, less wise and more hungover, chugging away as Moffat paints a somewhat less optimistic picture of a relationship on the verge of collapse: “We didn’t evolve: we just grew in all the wrong directions,” he observes.

The blue-eyed soul of Street Pastor Colloquy, 3AM, however, is a real highlight. Like some long-lost outtake from The Commitments soundtrack, as narrated by a blootered fuckup straight from the pages of Irvine Welsh, it ladles horns and a groovy church choir on top of its swaggering chassis. The result is a kind of anti-gospel, its tale of rejecting the consolations of the sacred in favour of the comforts of the profane – “Oh devil all I need is you” –  consecrated by the bubbling euphoria of its arrangement.

Alchemy, that’s what this album is, and it works. The Most Important Place In The World is much more than the sum of Wells & Moffat’s individual contributions; emotional, gut wrenching, funny and uplifting all at once. A dozen individual moments of clarity, it is packed full of subtle, quotable lines and exquisite arrangements. Braw.

The Most Important Place In The World is available from Chemikal Underground.