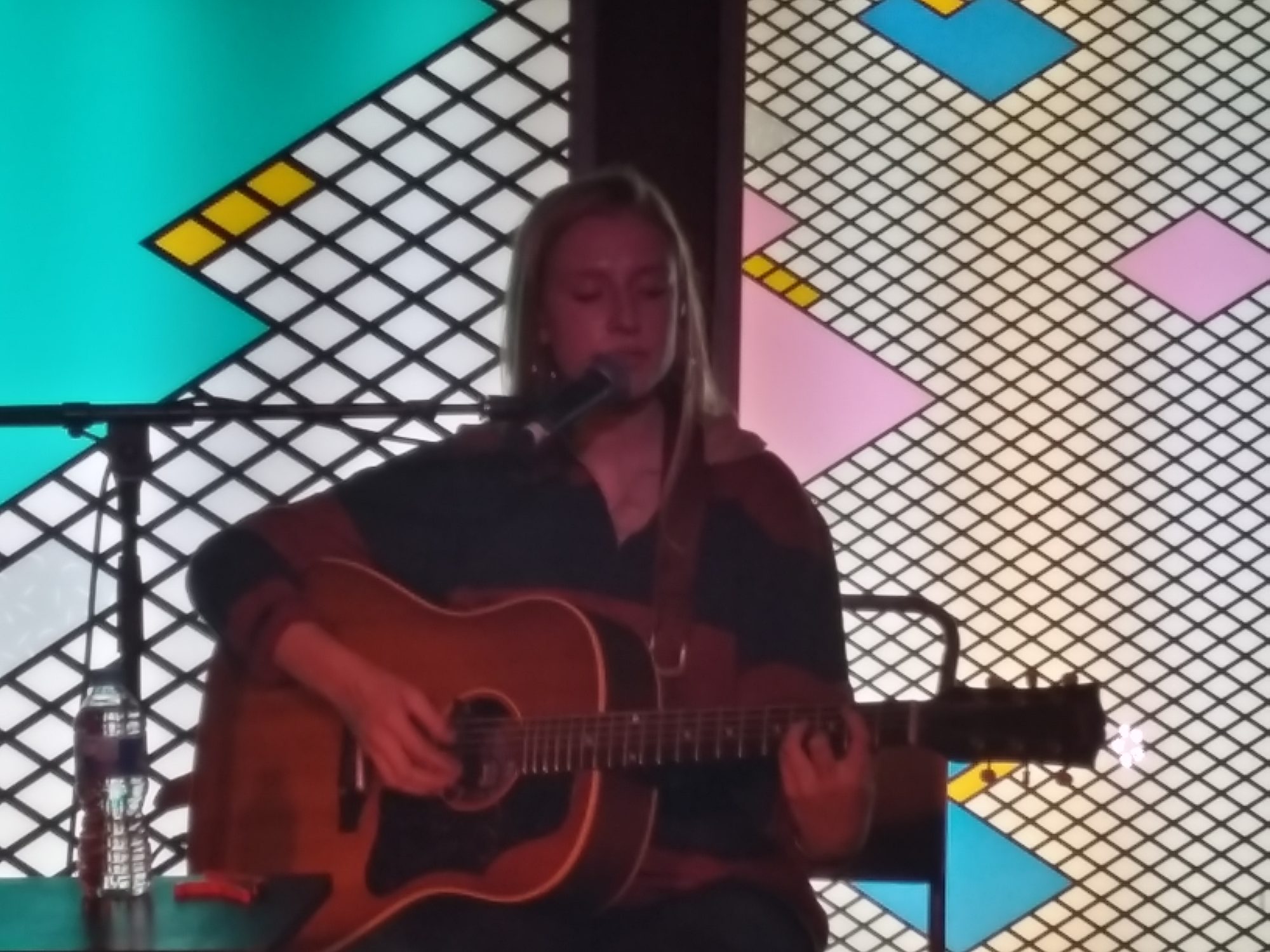 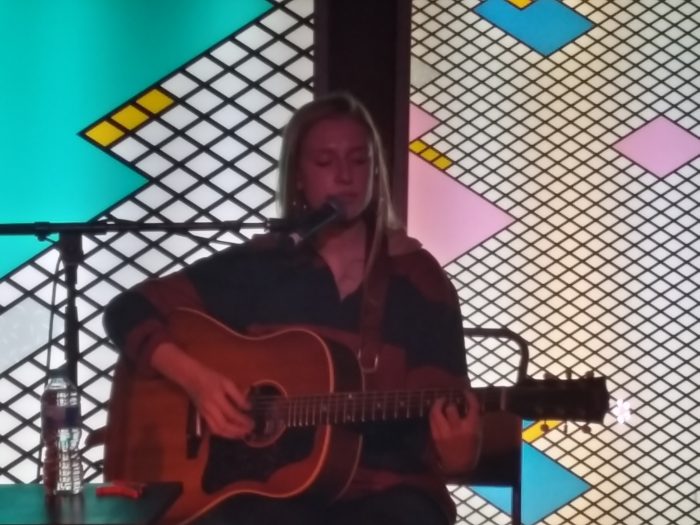 Free record launch events like this one organised by the lovely folk at Crash Records are always hit and miss affairs with a mix of hip kids desperate to be cool and ahead of the game mingling with more mature fans who just like to talent spot.

So it’s no surprise that when clearly nervous teenager Billie Marten takes to stage facing a horseshoe of fans virtually clinging to the walls that it takes the stage manager to force everyone down the front.

It’s worth remembering that Marten isn’t even entitled to vote yet so fair play that she is brave enough to perform with just an acoustic guitar which suits her delicate tunes as she plucks away at the strings.

While most of her peers are wondering what university they might go to this precocious teenager is showcasing her new album Writing of Blues and Yellows in a hipster stronghold in central Leeds.

She might only be 17, but Marten had her own YouTube channel when she was nine doing covers so she is pretty seasoned performer, and after a couple of nervy openers she really gets going with new song Emily dedicated to the only Emily in the room. For Marten it is clearly a bit of a head fuck that people have actually bought her album noting drily ‘this is really silly but in a good way.’

Now into her stride Marten treats the now warmed up crowd to a confident version of Lionhearted which shows why Six Music’s Lauren Laverne is such a big fan. By far and away her strongest song is Heavy Weather as it actually has a riff of sorts and is about up-tempo as Marten gets.

The lazy comparison here is Laura Marling, but I doubt she was as good as Marten at the same age, and a full season of festival shows has clearly sharpened up her live show.

The typically delicate and sincere Milk and Honey rounds things up nicely and – while it might sound harsh – once Marten has some more experience of both the ups and downs of life she might just have a truly great album in her.

In the meantime the former grammar school pupil from just up the road in Ripon looks relieved that what is pretty much a homecoming gig is over, but her short set did leave you wanting more which is always the mark of a talented artist.

Writing of Blues and Yellows is out now on RCA Records. Follow @billiemarten or find out more at www.billiemarten.com