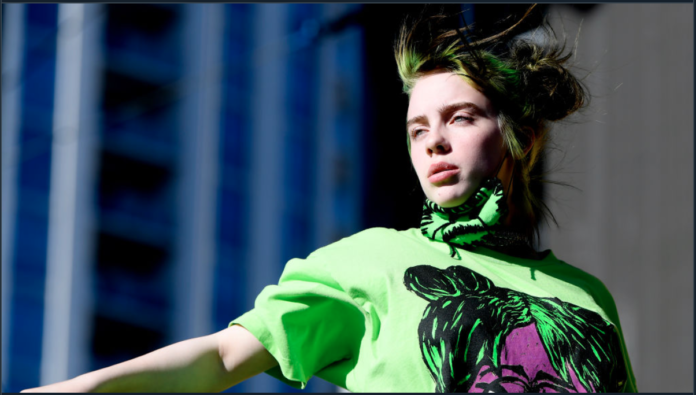 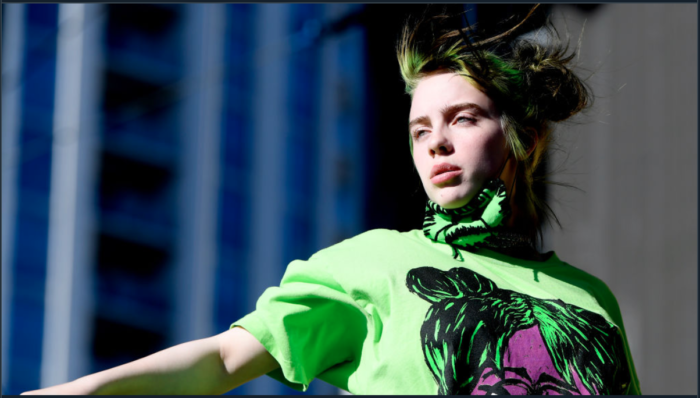 18-year-old American pop sensation Billie Eilish, who counts the stunning pop of Bad Guy as one of her giant hits, is to sing the new Bond theme tune.

It’s a great choice. Even James Bond has to move with the times. Those gadgets supplied to him by Q are shiny and modern. Once upon a time Bond was modern as well.

Not everyone is thrilled though – a nation of Daily Mail readers and elderly gents are appalled ‘She is no Matt Munroe’ typed one elderly gentleman in his early fifties before falling asleep in his bathchair. ‘Bond is about England winning the world cup, the great real-life documentary, ‘The Italian Job’  and music without the silly long girl’s hair where you could understand the words’ spluttered another before ranting on about ‘Tweeter’ and ‘Faceache’.

The Bond theme tune is, of course, one of the great set pieces of popular culture. It’s a canon with many classics and some George Lazenby duds. The ancient franchise itself is still based on an alternative reality where Britain ruled the waves whilst waiving the rules and still holds a curious grip on the nation’s hearts rewriting the Albion myth like a Brit version of a wild west film.

It’s from another time of Empire and any attempt to move with the times is always fraught with more danger than being trapped by a cat stroking villain. Any nod to anything out of its comfortable slipper zone is always going to clash with the Dad’s Army of elderly gents whose fuzzy emeries of old Blighty include Bond as a real-life figure and ‘no good music has been made since I, personally, was 21’.

Sometimes when a bit tipsy and without the glasses on and holding in long collapsed stomachs in front of the grubby bathroom mirror Some of them even think they are Bond.

‘Why can’t  a young band like Queen or The Who write the theme song?’ they splutter into their warm milk adding ‘I’ve never heard of this bloke Billy Irish…music nowadays…you can’t hear the words.’

James Bond himself raised an ironic eyebrow when we caught up with him in a well-healed West End club. ‘As a man of many faces and an ever-changing age I welcome the song. I spy with my little eye something beginning with 00…’