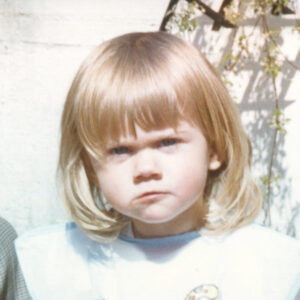 Bilge Pump: We Love You

I first came across Bilge Pump bloody years ago after seeing their name on posters alongside Part Chimp and other noisy bastards. They seemed to be linked to bands that I loved and basically had one of the best band names on the circuit. Long term linchpins of the incredibly fertile Leeds DIY scene, it’s hard to believe that this band first formed in 1996 and are only now seeming to be getting the recognition they most definitely deserve. We Love You is their first album in ten years (since Rupert the Sky 2008) and is their first release since the gloriously titled The Fucking Cunts Still Treat Us Like Pricks EP released in 2010. We Love You is arguably their most accessible album to date and it’s certainly pricked the ears of people like Marc Riley who has championed the band for several years and has featured tracks of this album on his recent shows (as well as several sessions).

We Love You opens with Wheel Of Yew (see what they did there?) with its infectious riff roaming amongst the clatter and singing about an “unsatisfactory marital status.” Layers of noise and a brutal riff gets overlaid that leads to a noisy solo. It’s over before you know what the hell hit you. A cacophonous, yet melodic start to this LP. And a hell of a tune!

Pangaea No More is another measured and controlled noisy mess that borders on Avant guard jazz. It builds and  builds and layers on the wonky noise until it eventually falls over into a dishevelled sonic heap. Brilliant stuff.  GUHAC opens with a throbbing bass, drums and guitar gymnastics that envelop this track in more of the lovely clamour with the refrain of “give us half the chance you’d fuck yourself” a particular highlight. Messy, yet irresistible.

Today They Destroyed My House has a jazzy start, that leads to weird time signatures, stop start, repetition and ultimately, a noisy chaotic solo to finish. Its brevity is matched only by its unwelcome post punk mayhem that ruined what was turning out to be quite a nice evening.

The Passion of The Kid has a slow and creeping build up with caustic lyrics like “The council don’t do shit round here”. This 8+ minutes opus eventually descends into blasts of dissonance and a controlled shambles that leads into the refrain of “the lord giveth, the lord taketh away”. More caustic and uncontrolled/controlled soloing, layers of discordance and jarring repetition. Live, this must be an unbelievably intense spectacle. ‘Me no like’ has a playful bass and drum start that soon descends into off beat weirdness and stop start spastic fret play.

The brilliantly titled Duke Of Bilgewater is another frenetic track that has no respect for traditional songwriting or song structure, and for this they should be roundly fucking applauded. A completely mental track that makes little sense, yet it has a tune in there somewhere.

Final track Gondwana Girl has an irresistible opening riff with full on rocking layers of dissonance. It bobs and weaves and eventually descends into loud, noisy soloing and experimentation.

We Love You  perfectly sums up and encapsulates what Bilge Pump are about and what they do so brilliantly. They have little, to no regard for musical history or tradition. They have the enviable talent of creating great art and music with a healthy disregard for norms. They are refreshing, yet hard going at the same time and I think that’s what makes them more interesting than hundreds of other bands out there at the moment. Proust wrote about good art being difficult, and Bilge Pump certainly join the ranks of other bands such as The Fall or Sonic Youth or Captain Beefheart or Can – the list is endless – who aren’t the easiest listen on first second or tenth listens. Yet, once you let them seep into your pores, you ‘get’ them and you fall in love with them forever. Bilge Pump are deliciously idiosyncratic and unrelentingly loud. In this respect they owe as much to Part Chimp as they do The Fall. And this is all via Truman’s Water and Guided By Voices. And it’s exactly GBV’s ability to produce melodies and tunes from chaos and noisy havoc that I see in Bilge Pump. Let Bilge pump into your life. Now.