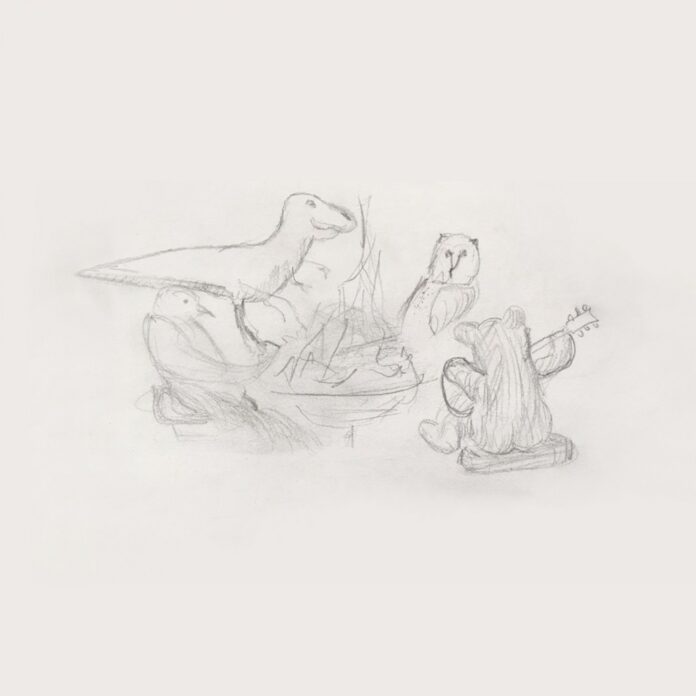 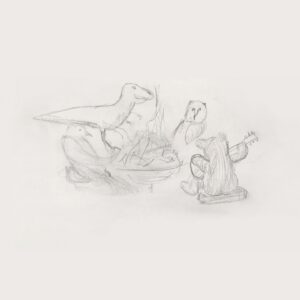 Dragon New Warm Mountain I Believe in You (4AD)

Big Thief stretch themselves further than ever before on their remarkable new album. Elliott Simpson reviews.

Double albums are a challenging feat. While there are several archetypal examples that spring to mind as classics – The White Album, The Wall, Mellon Collie… – releasing a double album is a risk that doesn’t pay off nine times out of ten. Too often they’re filled with unnecessary bloat, begging to be cut down to a single album’s worth of good songs.

When Big Thief announced that they were releasing a double album, it was difficult not to be a little worried. They’re a one-of-a-kind band – inhumanly consistent with the music they release, each album being met with even more acclaim than the last. Still, if Big Thief were ever going to overstretch themselves and slip into a phase of diminishing returns, this seemed like an obvious point for it to happen.

Thankfully though, Dragon New Warm Mountain I Believe In You is a remarkable album, and Big Thief’s finest yet. With 20 songs and a runtime of 80 minutes, it’s sprawling in focus, pushing Big Thief’s sound in a dozen new directions at the same time. There are songs here that you never would’ve expected from the band.

Spud Infinity, the album’s finest moment, exemplifies this. It’s the sort of song you can’t imagine Adrianne Lenker writing, and the band pulling off so effortlessly, until you hear it. It’s the most country-tinged song Big Thief have released, and the inclusion of a jaw harp almost pushes it to the point of parody. The song also features some of the most playful and ridiculous lyrics Lenker has ever penned – no one could’ve predicted her rhyming ‘finish’ with ‘potato knish’ – while feeling completely genuine. It’s exciting, not just for how good the song is, but for how it hints at another side of Big Thief that’s only just beginning to reveal itself.

There are a slew of other moments on Dragon New Warm Mountain like this. It’s an album filled with incredible experiments that almost always pay off. Time Escaping is propulsively poppy in a way that Big Thief have never been before, while the serene Wake Me up to Drive effortlessly slots a drum machine into the band’s existing sound palette. This is the most we’ve ever seen the band dabble in electronics before, and it’s remarkable how earthy and organic they’re able to get their equipment to sound.

Even on tracks where the band stick to their comfort zone, they manage to strike gold as well. No Reason is a joyful rocker about love, while the patient folk ballad Change is one of those songs that feels like it’s always existed.

The selection of tracks here is eclectic in a way that’s typical of double albums. There’s a sense of ‘everything and the kitchen sink’ to it, but every song manages to earn its place. Even the lesser moments on here, such as the chugging night-driver Blurred View and the swaying, romantic Certainty, feel like necessary pieces of Dragon New Warm Mountain’s puzzle. It’s hard to pick out any song that feels like filler, that feels like it needs to be cut.

Despite the array of sounds it brings together, there is one through-line to the album: joy. This is Big Thief’s most buoyant and jubilant release to date, contrasting with the darkness that coloured their earlier work. It suggests that we’re only beginning to see what Lenker and company are capable of, and I can’t think of anything more exciting than that.