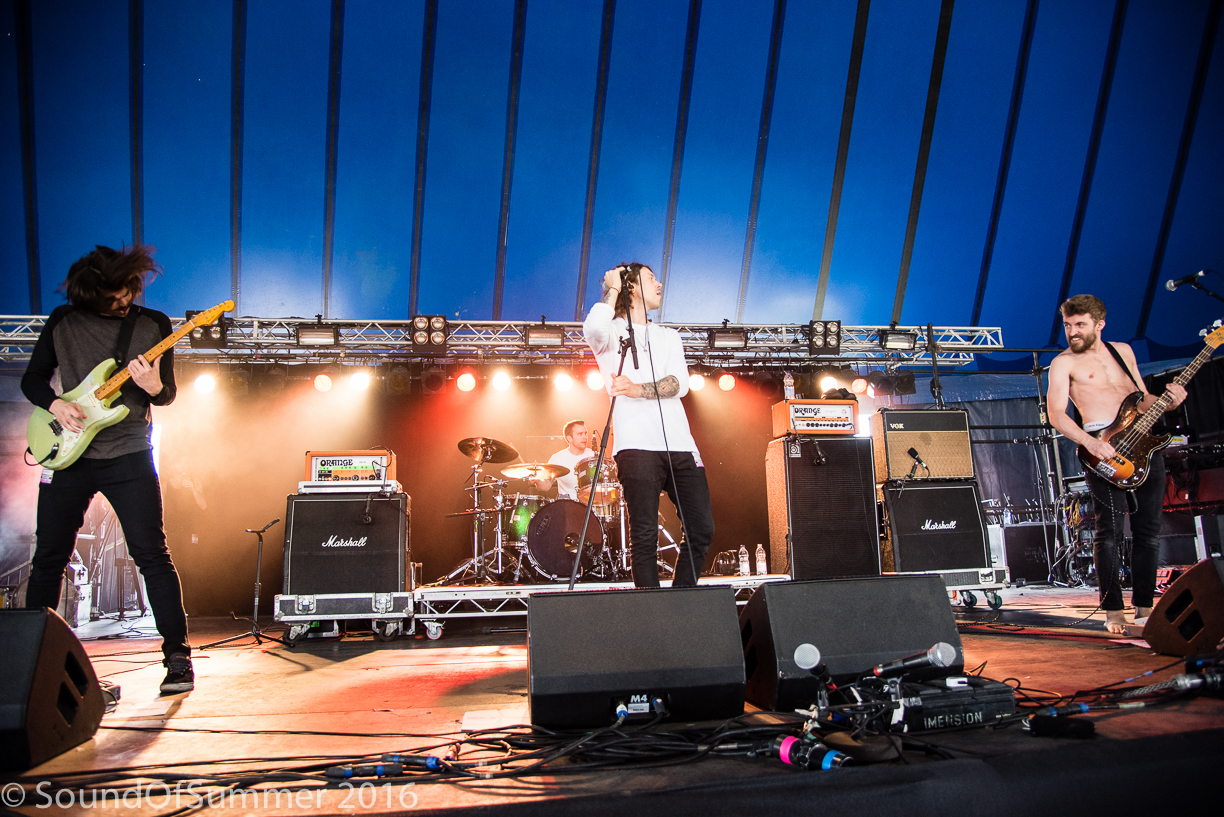 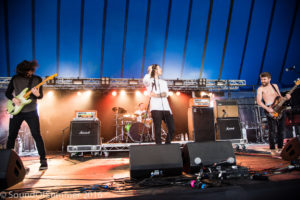 Big Spring are very much the new kids on the block so far as the UK rock scene is concerned.  Big Spring formed in October 2015 and have already attracted the attention of Daniel P Carter, curator of “The Pit” at Reading And Leeds Festivals.

Big Spring are a melody-driven alternative rock four-piece  from London who are fast earning a reputation for their explosive  song-writing and have drawn comparisons with desert rock legends Queens of the Stone Age.  Perhaps oddly I was reminded more of early Oasis when I saw their live set, the vocals certainly have Gallagher’s rasp.  Of course the 30-minute sets allocated to bands at major festivals allows only a glimpse into a bands repertoire but Big Spring have already won the approval of Daniel P Carter who describes them as  “the best new band in Britain.”

It is testament to Big Spring’s growing reputation that a big crowd turned out to check out their Reading set and those in attendance were far from disappointed. Driving guitars and a passionate delivery of songs like “On A Bamboo Sleeping Mat” showed just why Carter rates Big Spring so highly.  This is a band full of passion and energy and it is little wonder to see their career heading in an upward trajectory.

It was only after their set when chatting to Big Spring that I realised I had interviewed two of the band before when they were members of a metal outfit. The boys told me that Reading was just their fourth gig together as a band but that they have immediately gelled as a unit, something that is apparent from their live set.  The band has been writing like crazy and have already begun to structure their debut full length album though an EP will be released later this year.

Big Spring are clear that they want to deliver hard-hitting “big” songs and that they want to kick off the constraints of genre labelling.  There is certainly a very pleasant mix of styles in their music with guitar solo’s reminiscent of the prog rock giants of yesteryear, add a dash of metal and a libel dollop of British Indie rock and you arrive at a style that is all at once familiar and alien.

Most of all it is clear that Big Spring have forged something a little different, they have kicked off the traces and made something unique.  You have the feeling that after years in other bands four musicians have arrived at a place they can finally call their musical and spiritual home.

Big Spring are shortly heading out on tour with Black Foxxes another relatively new rock outer whose star is in the ascendent.  Details of the tour are on Black Foxxes website.  Get yourself along to a show and check out two of the fastest rising bands in British rock music.  You will not be disappointed.