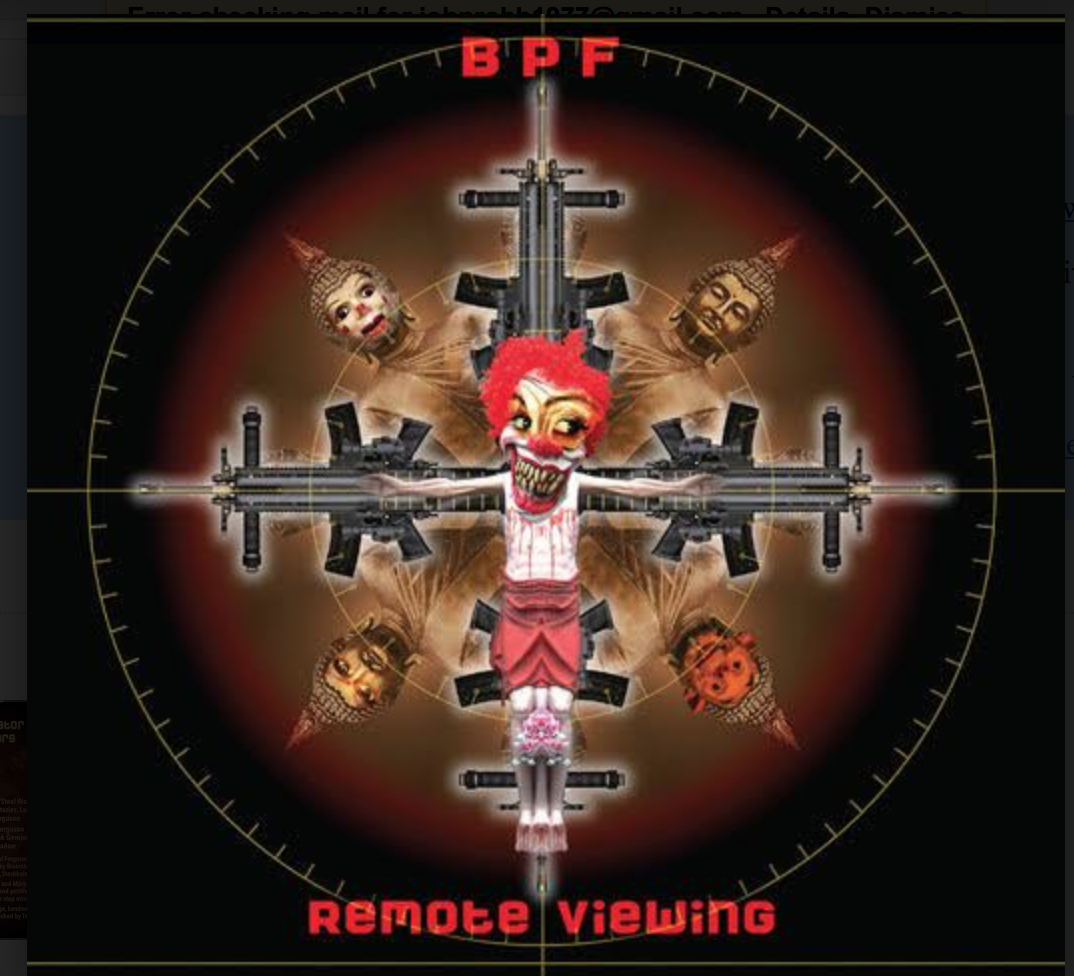 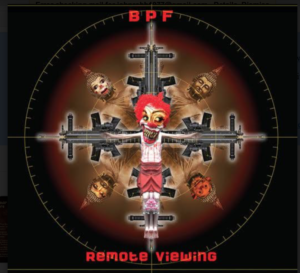 Drummers, as a rule, get a raw deal. They are unfairly accused of being ‘non-musical’ and of having little subtlety. The mighty Killing Joke’s stentorian drummer ‘Big Paul’ Ferguson, and in this respect he is the same as the group’s other three founding remembers, not only confounds these clichés- he eviscerates them.

Big Paul has not only underscored and driven Killing Joke’s glorious musical sturm und drang for aeons, and for this he is rightly revered, but he is also the band’s singer/ proselytiser Jaz Coleman’s lyric-writing foil. Killing Joke lyrics are not only highly articulate and thought-provoking, they are often replete with esoteric concepts and sharp, socio-political invective. Away from the band Big Paul has established his own workshop-cum-foundry, and this is where he not only crafts *bespoke silver jewellery, but where he also restores historical artefacts.

To say that I was intrigued when Big Paul forwarded me his seven-track suite of songs (‘mini-album’ is far too commonplace a term) the intriguingly titled *Remote Viewing, would be an understatement. He also told me that he had assembled the finished tracks by fleshing out his pre-recorded loops of rhythms, guitar and keyboards, with the assistance of the multi-instrumentalist Mark Gemini Thwaite (MGT). Finally, vocals and additional musical touches and overdubs were added.

Opening salvo, the fabulously named ‘Hungry Ghosts’, is both impressive and courageous. I say courageous, because most artists opt to open their latest musical offerings with an all-guns-blazing, up-tempo opening track, but BP chooses instead to draw us in s-l-o-w-l-y. Over a bed rock of undulating keyboard sequencers, metallic percussion and compressed guitars, with Big Paul’s powerful narration holding forth : ‘‘Buried in my inarticulate madness..a sexless grin, a porcelain chin..devouring a broken drum..’  Its slow drama is like musical equivalent of a huge diamond back snake uncurling its unctuous coils, gradually revealing itself.

Just as you are pondering on what exactly you have just heard, ‘Reboot’ rudely elbows its way in with an insistent four-on-the-floor beat, and what then follows is a commanding slice of hypnotic, hard techno. This stylistic switch will be no surprise to Killing Joke officianados, who are well aware that Big Paul and KJ bassist Youth have ‘groove’ hard-wired into their DNA. Dare I say that this is a track that would sound entirely appropriate in a club after being treated to a Youth remix?

‘Fear the Great Motivator’ features a trademark thunderous BP drum assault (a trope for BP) and its vocal is both inspiring and yet paradoxically bleak, sample line: ‘fear of age, fear of rejection, a fear of pain..fear does NOT exist.’  By now it’s becoming clear that BP’s settling nicely into the dual role of both vocalist and seer. It’s an uncommon combination, but for Big Paul it’s a’ good look’ in modern-speak.

Next up is ‘Terrible Warriors’ and what follows is as powerful and as ominous as its title implies, and benefits hugely from a sidewinding and almost haemorrhaging guitar figure, presumably courtesy of MGT. One thing that you should also notice by this point, is that these songs are superbly produced, and it’s MGT who co-produced the album with Big Paul in Los Angeles.

The opening line of ‘XBOX’, “What are ya gonna do”, is both a question and an expression of disgust, and it is squarely aimed at the sociopathic politicians and money-grubbing banksters that have somehow wrested control of our planet from us. Over a widescreen soundtrack of thunderous, rolling drum and dive bombing guitars, BP spits and snarls a series of challenges and observations. In some respects it does a disservice to this uniformly incredible lyric (tirade?) to single out specific lines, because ‘XBOX’ really needs to be heard as a whole, but here are a couple: ‘Shopping for that Gucci sh*t made from misery by people who can’t afford to feed their families’ and; ‘XBOX entertainment..a waste-of-fucking-time machine..’ This is as stunning and as articulate a piece of socio-political invective as you’ll hear all year. It really is that good.

‘I Am War’ is a thrilling head rush of robo-techno that will be musical manna to those who love Pandemonium-era Killing Joke. It’s additionally powered by another memorable spoken mantra (this is becoming a BP trope): ‘I am conflict I am war’. Taken as a whole ‘I Am War’ is not unlike like the musical equivalent of bombing a country back to the stone-age. Not that one condones that kind of thing, obviously.

And all too soon, this seven song cycle’s final track ‘Zarzal’ is upon us. It’s a slow burning and melancholic ballad (another deft stylistic switch), in which we hear Paul lamenting for someone or something unseen or unknown. It’s as if the ghost of Jacques Brel is lingering in its hinterland, and one could easily imagine it gracing the end credits of a David Lynch-directed film.

It seems to me that Remote Viewing is an apposite title for this musically articulate and thought-provoking suite of songs. For It isn’t too much of a stretch to imagine that Big Paul was looking down at a broken and once great city somewhere on our ‘prison planet’, and suddenly felt a compulsion to exorcise his demons by committing his thoughts to song. Let’s hope he decides to do so again, and soon.

You can read my interview with Big Paul for Louder Than War here: