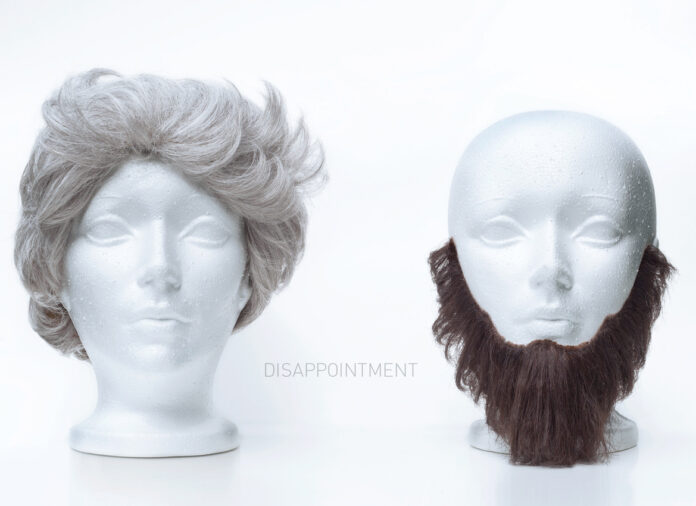 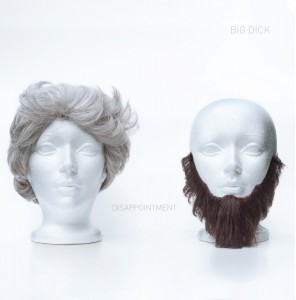 Ottawa’s drum and bass duo Big Dick’s band name feels like a joke on the listener, making them a bit of a difficult band to talk about (especially if you’re at all prudish) but they do certainly inspire some talking.

Ottawa band Big Dick’s sound is no joke though. Disappointment has a loose, rough and distinctly 90s feel – if you’re like me, you may not be able to remember the last time a 15-track release crossed your path. The frenetic songs on this release are mostly around two minutes long, but the album still feels like a proper full-length compared to the typical max ten-song releases these days.

While the band only consists of two members, they deliver an impressively big sound, with two vocalists delivering entertaining lyrics and harmonies over a relentless, intense musical backdrop. It’s not surprising Big Dick has been classified foremost as pop punk, with songs like “Another Minute” but the label is a bit reductive when there are many other factors at play that add complexity to their sound. The songs may be straight-up, but they aren’t simplistic.

There are essences of 90s Canadian power pop throughout – especially when the melodic and tonal quality of the vocals feels like Joel Plaskett in early Thrush Hermit recordings (“Up a Step” and “Sick”).

The band complicates matters for the better by throwing in some post-hardcore breakdowns and switch-ups, playing with varied tempos and discordant heaviness, bringing bands like Yourcodenameis:Milo and Metz to mind (“Give Up,” “God’s Teeth” and “Crawl”). The album’s opener “Let Down” exemplifies the catchy + gritty combo the band enjoys and pulls off so well – a somewhat Ramones-esque anthem of insecurity with an aggressive, unhinged chorus.

Conversely, the oh-oh-oh-style harmonies on songs like “Crawl” and “Last Days” add a Queen-esque classic rock element and the fuzzy, explosive “Good Hunting” also features an 80s hair-band kind of riff. The band goes on to prove their songwriting range on “Young Love”. Its slow pace and spooky organ create a darker version of the dramatics of Cursive or Hot Hot Heat.

Big Dick deliver some tasty, crunchy ear candy. Disappointment is certainly a stronger release than their debut. Sincere, solid and full of enticing energy that holds your interest through interesting songwriting, it also takes you back through its combination of various punk, rock and alternative tendencies throughout the decades. If you like even one of the 15 tracks on the release, you’re likely to like most, but that said, it avoids redundancy through its impressive range.