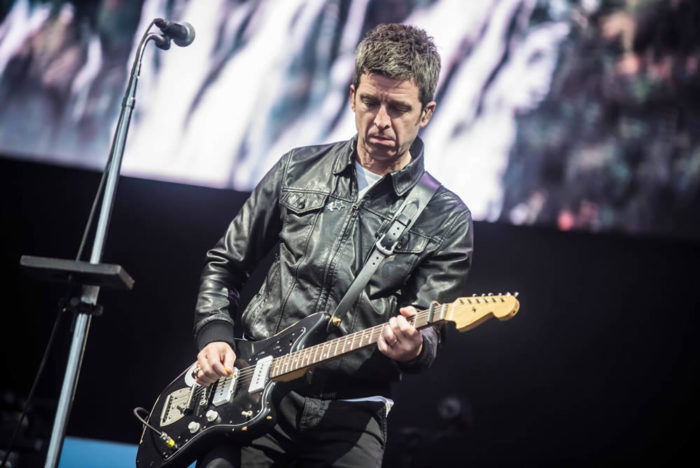 This fundraising in-conversation event at Salford Lads Club with very special guest, Noel Gallagher SOLD OUT within a minute but there is still an opportunity for people to go along.

The online auction will run until Friday 18 October at noon. A pair of tickets will go to each of the Top 3 highest bids. Names will be announced by Forever Manchester via their website and social media outlets.

Only 150 people will be attending the exclusive in-conversation event so it will be a very rare opportunity to see Noel in front of an intimate audience. Salford University‘s Associate Dean, Kirsty Fairclough will be asking Noel the questions on stage at the iconic venue and for the second part of the evening there will be a Q&A, where Kirsty will be reading out selected questions from members of the audience.

The event itself will raise funds for Salford Lads Club projects for its young members, as well as the maintenance of the venue which is a unique Edwardian listed building with incredible history and heritage. It has been the perfect backdrop for many TV dramas including Peaky Blinders, Cold Feet, Last Tango in Halifax and Coronation Street who have used Salford Lads Club as a film location.

“We are all thrilled that Noel is coming to the club to raise funds for Salford Lads Club. This is a unique centre, which opened in 1903, and it’s now the last original lads’ club still operating in England. It’s a listed building and every year we have to raise funds not only to support our activities but to maintain the building, so an event like this will be a tremendous help to continue to raise our profile.”

The Salford Lads Club volunteers will be happy to show everyone around on the night and talk about the famous club’s history. This event will also provide an ideal opportunity for the audience to have a look at the impressive Wall of Names – a laser-cut steel structure featuring the names of 22,500 members – as well as The Smiths Room, which now has two amazing giant hinged panels to display the increasing amount of photos and post-it notes by fans.

Salford Lads Club merchandise ~ including the limited edition latest t-shirt designs ~ will be on sale throughout the evening.

There will also be a raffle on the night with many fantastic prizes including Manchester City FC memorabilia, a meal and drinks for two at The Botanist, 2 tickets to see Toast at The Lowry Theatre, a meal for two at Tampopo, a signed print by artist, Stanley Chow, 2 tickets for Light Falls at The Royal Exchange Theatre, roast platter for two at Volta, a signed cartoon by Tony Husband, Salford Lads Club signed merchandise…and more! Broadcaster/musician – and former Salford Lads Club member – Mike Sweeney will be giving out the prizes at the end of the night.

Doors and bars will be open from 7pm. The event will start at 8pm and will finish at approximately 10pm. It will include an interval. The Salford Lads Club bar will stay open until 10.30pm.

All profits from the night will be going to Salford Lads’ Club and the kids/members’ activities and events.