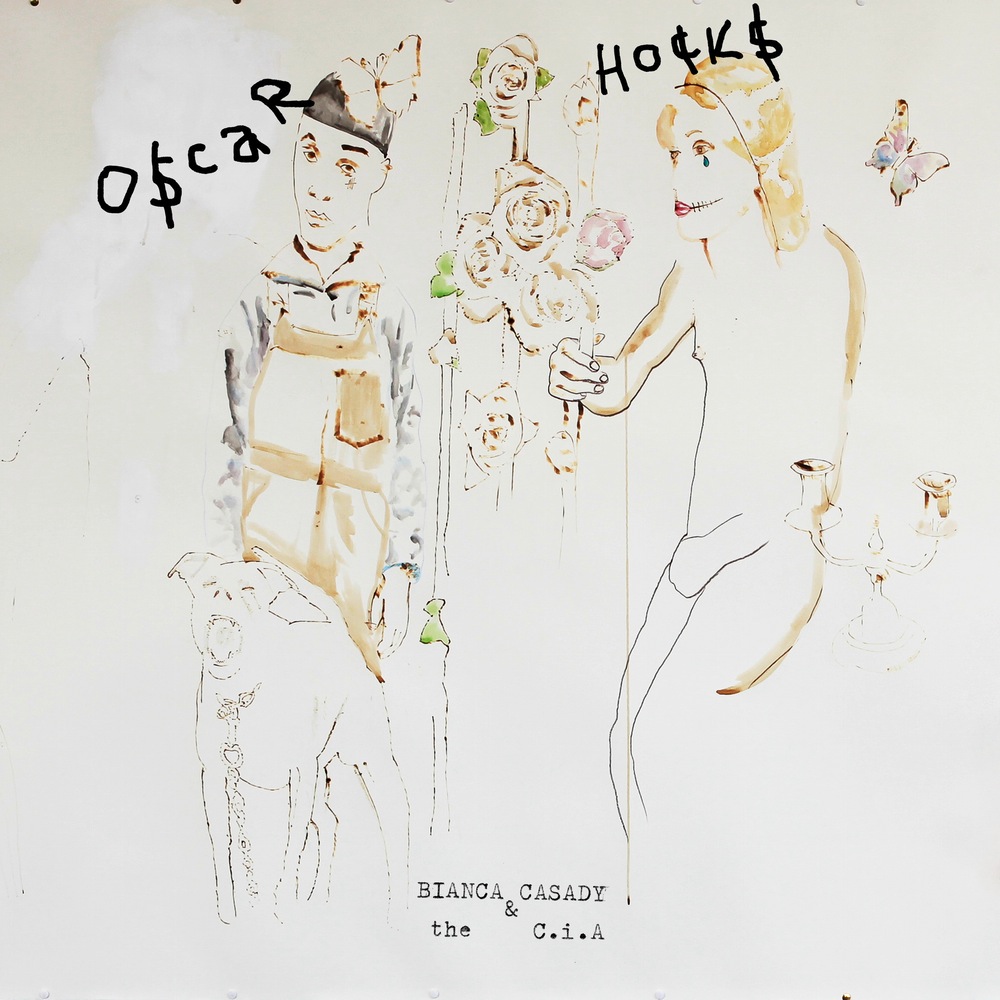 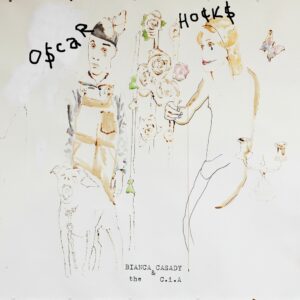 Hot on the heels of last year’s fascinating Heartache City album with Sister Sierra as part of the CocoRosie duo, Bianca Casady releases her debut solo album with The C.i.A. If you like strange and unpredictable then this is the album for you.
If you like your pianos untunable and your violin to sound like it’s being tortured, if you want to hear a metal spoons and a teen-like shaky voice then look no further.

On first listening Oscar Hocks is downright weird. Period. The surreal-pop of CocoRosie is taken one step further and completely abused described as ‘too dark’ and ‘too scary’ for the duo. The live shows which currently accompany Bianca, are said to contain images and sounds unfit for persons under the age of 13 for her shows at the Southbank Centre of which David Byrne was an admirer.

Her poems, translated to songs via decrepit typewriters were recorded and mixed in Argentina away from her Paris home and can only be described as ‘original’. The depth and passion beneath the surface of each song is peeled away and reveals a world of haunting and horror and sounds like the wildest improvisational piece.

Twelve tracks of anarchic anti-pop provide one of the most compelling listenings for many a year and stitched together with a talent that is completely incomparable. Dead Season unwinds slowly and almost painfully. It’s a voice and a piano and little else, but it’s rich with involvement and intrigue.

Poor Deal to is evocative and disturbing with tales of being chased by the Devil himself. A slow, rustling drum and cymbal swish in the background adding more captivation to an already gripping piece.

Oscar Hocks is possibly the work of genius, the like of which is rarely heard.