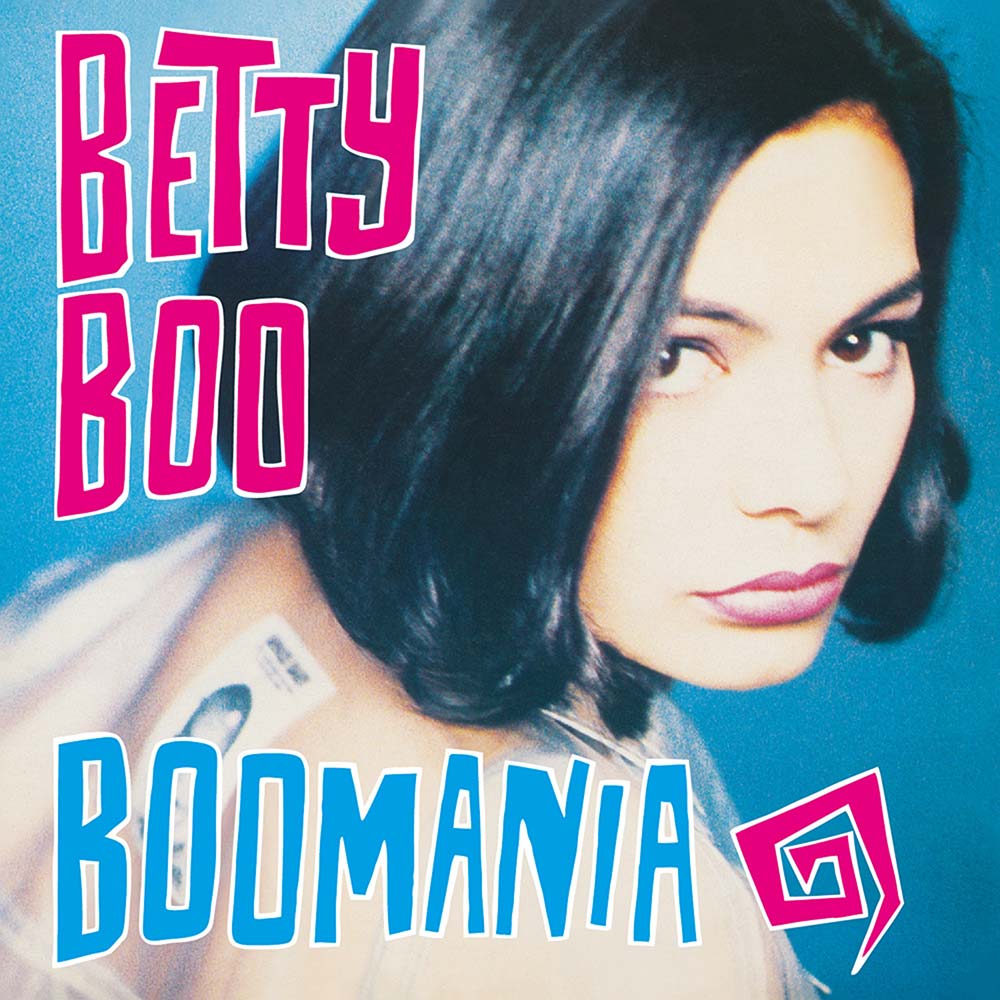 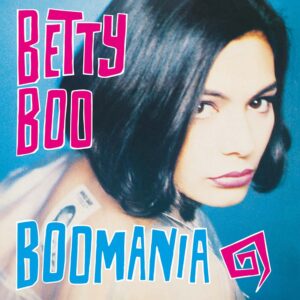 Deluxe Edition release of the classic 1990 album with the 12 original tracks plus 14 bonus mixes, remixes, 16 page booklet…everything the Boomaniac needs, but how does it stand up 26 years on?  Ged Babey finds out.

Our friend who runs a pre-loved clothes shop told us the other day that The Nineties is now considered ‘Vintage’.

FFS!  That was yesterday. Half my wardrobe is vintage then.  And so on…

Betty Boo is Vintage now.. but is she a period Classic?

Best known perhaps  for the classic lyrical couplet; I’ve used up all my tissues / On serious-er issues…  Betty was a ironic favourite with the lads of 1990.  One of those female artists described as feisty, not really a feminist, but far from a pouting, preening exhibitionist trading on her sex appeal.  Boo was cute. in both senses, appealing and shrewd. She wrote and produced her own songs for starters.

Betty Boo’s original breakthrough came with the release of ‘Hey DJ / I Can’t Dance (To That Music You’re Playing) as The Beatmasters featuring Betty Boo on Rhythm King in 1989.  Her debut album ‘Boomania’ followed in 1990 peaking at # 4 in the UK album charts and achieved platinum status of 300,000 sales. In 1991 Betty Boo won a Brit Award for British Breakthrough Act.  Boomania is packed full of pop gems in Boo’s unique style, providing 4 UK hit singles; Doin the Do, Where Are You Baby?, 24 Hours and the aforementioned Hey DJ….

But opinion is better.

Betty Boo was ab-so-lute-ly fabulous daaarling, (he says in faux camp style).  She was SUCH a Cutie. Girls wanted to be her and boys wanted to be scolded by her!

It’s 1990. Pop/Rock Music was in flux. Madchester!  Soul II Soul. Rock was ‘Dead’ – apart from in the USA where punk was ‘breaking’.  I was still young (at 26) and my musical identity was somewhat in-flux too.  Goth had become a joke. The Mary Chain were repeating themselves. The Pixies were the only band that mattered until the fledgling Manics emerged…  so even I resorted temporarily to Pop Music as a source of tacky disposable joy.

Neneh Cherry was cool -due to her associations with the Slits and Co -and was the Queen of Pop – peerless and majestic rap/pop which never sounds nothing more than joyful.

Salt’n’Pepa had appeared on the Tube as early as 1987 (My Mic Sound Nice, Check One, My Mic Sound Nice Check Two, Are. You. Ready!) pre-major label make-over and were inspirational and a gap must’ve appeared in the market for a UK equivalent.

Deee-Lites Groove is in the Heart was the party record of 1990 but Betty Boo just looked fabulously right and we wanted her to be Grrrreat!

And she was. Doin’ the Do and Where Are You Baby? were brilliant pop with Sixties affectations; the Hammond and Supremes-y vibe, but UK Rap, albeit of the toothless, fun variety. Talk about feel-good factor, Betty had it in spades.  24 Hours was great too.  But extended to album-length it kinda wore thin.  The Remixes by Fatboy Slim et al are cool and slick but, sadly Boomania doesn’t quite stand the test of time, to my ears at least.

In his excellent book This is Uncool: The 500 Greatest Singles since Punk and Disco, Garry Mulholland wrote;

A giggly rush of ’60s trash culture references, pouty lips  and helium rapping, Where Are You Baby is both a preview of the Spice Girls and Girl Power and a funnier more rebellious proposition all together, with its unashamed trash aesthetic and utter refusal to accept that rap was anything but talking gibberish and pop anything but a bag of cheap cosmetics and a bunch of machines permanently set on catchy.

The follow up book however, Fear of Music: The Greatest 261 Albums Since Punk and Disco does Not feature Boomania, which is proof if needed that Boo was strictly for the singles market.

If you want everything re-mastered and sounding fab on two discs though, including every conceivable remix then you’ll love this deluxe re-issue and its lavish packaging.

If you unfairly  compare it with say, the Supremes or Blondies hits collections then it’s a fun listen, but not an solid gold, timeless classic.  It will take you back to 1990 though like a lip-smacking, helium-rapping Tardis on 45.
.