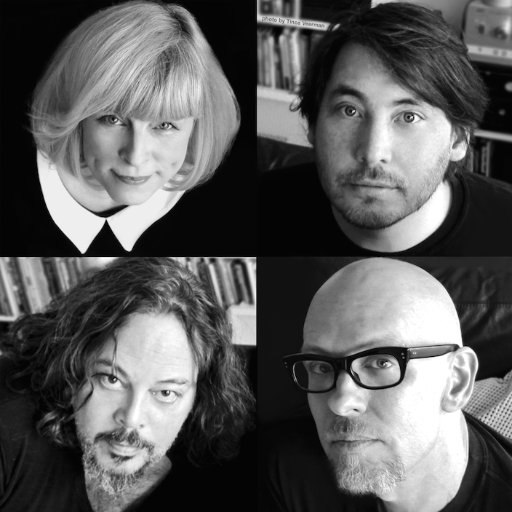 Dutch indie legends Bettie Serveert have unveiled their new fantasy-filled video for ‘B-Cuz’ from their ‘Damaged Good’ LP. This 11th studio album is being released by North Carolina based indie retail store and label Schoolkids Records as an exclusive limited-edition vinyl titles, timed to sync with the Tenth Annual Record Store Day event, to be held on April 22nd, 2017.

This limited edition exclusive transparent magenta Vinyl LP (with beautiful gatefold packaging), which also includes a digital download and full CD. This is the only version of the LP or CD available in North America, and apparently the only Dutch release to be approved by the USA Record Store Day commission.

On ‘B-Cuz’, Bettie Serveert offer a positive, energy-filled upbeat track that presents a perfect balance between alternative pop and rock. The cleverly-plotted accompanying video, which leads us into a quick fun-loving fantasy tale you should likely not watch on heavy narcotics, was directed and filmed by Sjors Schuitemaker.

Since starting everything with their classic ‘Palomine’ LP, the band is celebrating their 25th Anniversary this year with the vinyl release of this album.

‘Damaged Good’ is one of ‘The Betties’ most diverse albums so far, including 11 tracks ranging from 60 seconds to an 8 min epos and everything in between. This album experience is intense, raw and tender, but it is also passionate and fierce.

It was recorded and mixed with Jesse Beuker, with whom Canadian-born vocalist Carol van Dyk and lead guitarist Peter Visser have worked before on their Australian project ‘Me & Stupid’, and mastered by Darius van Helfteren. This collection of 11 tracks also includes the rock duet ‘Love Sick’ with Peter te Bos, vocalist from the famous Dutch band Claw Boys Claw.

Apart from being Record Store Day, April 22 is also significant for two other reasons: this is the birthday of Betties’ vocalist Carol Van Dyk, and Bettie Serveert wrap up their touring season that evening with a final show at the Paradiso Club in Amsterdam. Schoolkids Records will also be presenting one other Record Store Day release this year – the ‘Symmetry/ Slow Drag’ 7″ from North Carolina-NYC shoegaze pioneers The Veldt.