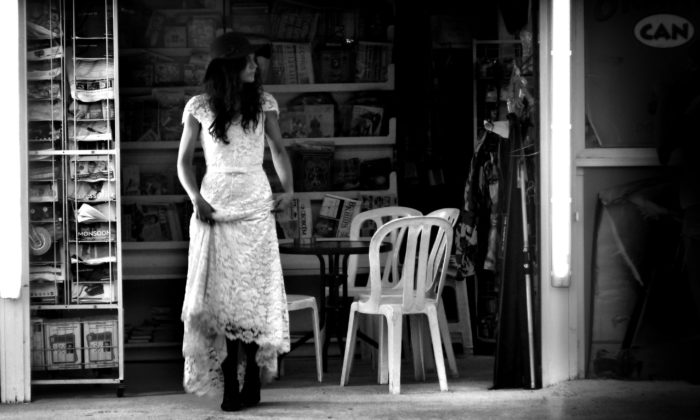 It’s about the voice.

Based in London, Bethia Beadman sings with a rich, dark voice that oozes a powerful, spiritual modern blues. It hooks you in with it’s beauty and raw power and is intoxicating.

One of the most striking looking and sounding singer songwriters at the moment, Bethia Beadman, writes intense and beautiful songs and sings them with a crystal clear voice that is full of passion and a stark, dark intelligence. She combines a love of the blues with a deep, dark intensity and toys with a melancholia and beauty in her songs and videos that play with a sultry sexuality and emotional raw power and a high IQ poetic goddess smarts like the young Kate Bush but with very much her own sound.

Her self released debut album, ‘Made Of Love’ is hard to pin down. There is a fierce intelligence, some great lyrics, a bit of soul searching, a whole dose of spirituality and that deep, dark voice. If you like the strong women performers, the ones that don’t shift their art for anyone like the aforementioned Kate Bush or Patti Smith or PJ Harvey or your Anna Calvi’s but with that resonant cloak of darkness that is so attractive with likes of Nick Cave then you will love Beth and you will understand that she sounds like none of these people and you will celebrate her wilfully, powerful individuality and the powerful explorations of her sexuality, spirituality and emotional power on these stunning songs that see her semi naked emotionally in her performance in a way that sees her retain control.

She has a background unlike any other, a 21st century free spirit with an academic background studying sanskrit and Hindu mythology Bethia read Sanskrit, Indian Studies and Theology at Cambridge University with starred first class honours and the Teap and Crawford prizes for excellence. She doesn’t hook into too often into the Indian mysticism on her songs apart from on ‘Tambourine ‘ which has her only direct Vedic reference ”â€œ to the three Gunas, the strands of matter and energy from where the universe springs.

In love with music she played piano with Courtney Love on the ‘Nobody’s Daughter’ tour where she ended up living in California with the grunge goddess- a culture shock into the crazed rock n roll world for some but a life she understood being already well versed in having been part of the Camden subculture for a couple of years living the life of struggling musician.

At the Beach from Bethia Beadman on Vimeo.

All these experiences are rolled into her music, which is far grander and bigger than you would expect, lush and gorgeous songs roll by and and are brim full of emotion and intensity- the singer and the song have become one in a perfect package, with a bare foot wander through the emotional power of great music creating one of the best potential singers about to break in 2011.