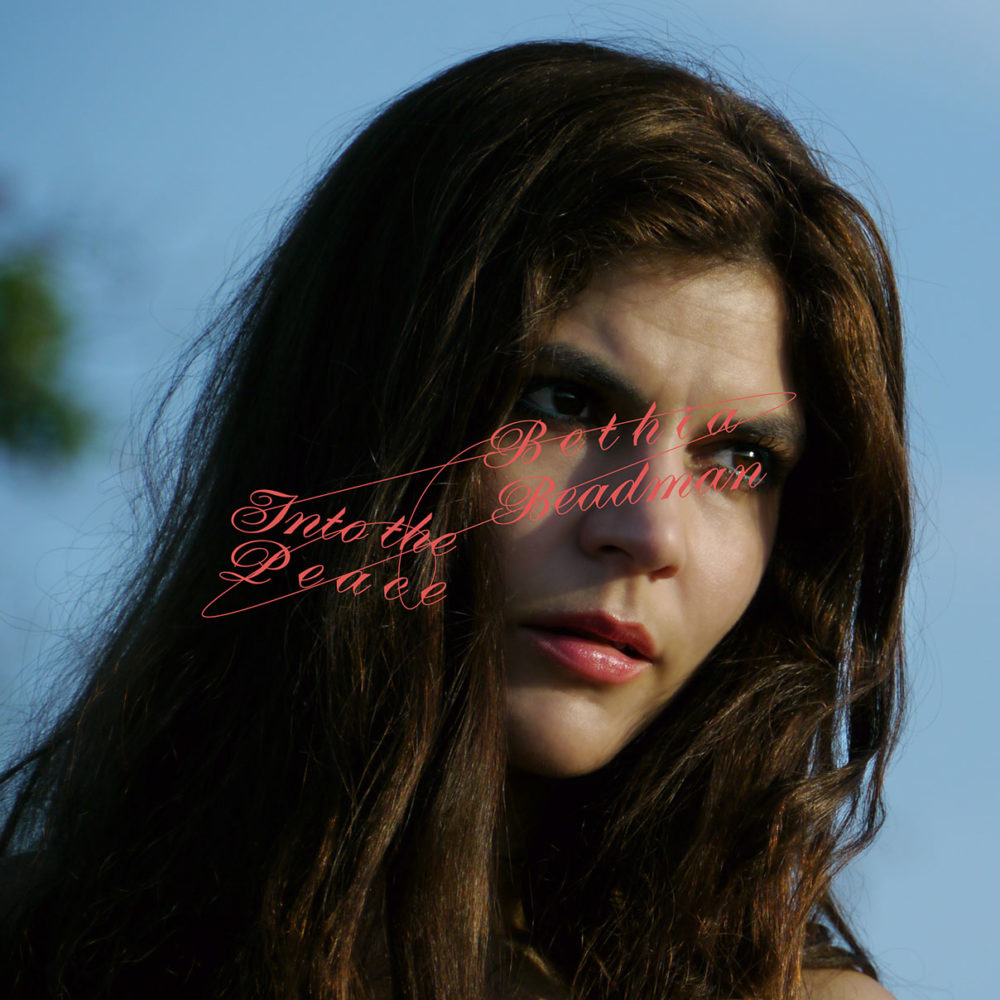 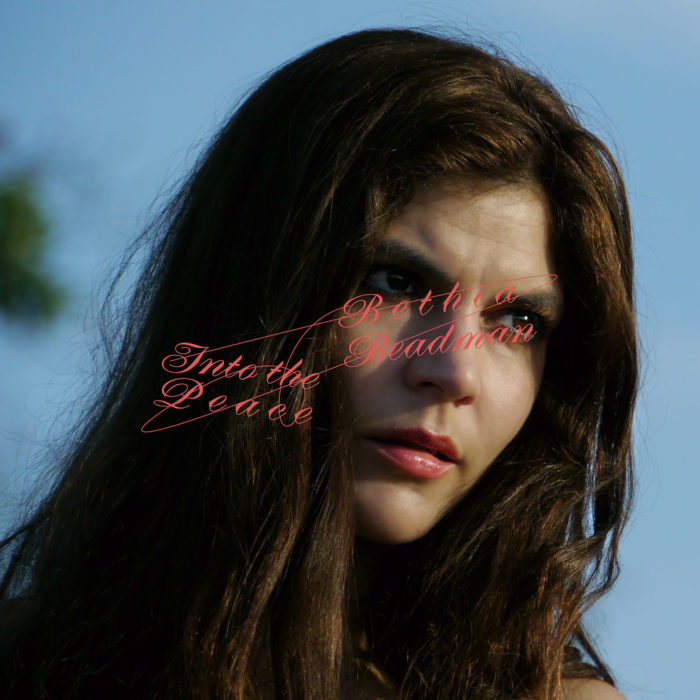 Bethia Beadman brings intimate, evocative music which is capable of enchanting even our accelerated generation. Her upcoming album ‘Into The Peace’ brings together beautiful layers of music with her unique billowing vocals – the type which build stories and sensation with a kind of cinematic charm. Beadman delivers immersive music and eclectic soundscapes for the 21st century, making the listener pause, ponder and plunge in.

The London-based artist is due to release her album in September 2018, also touring the UK in the same month – with venues including Manchester’s The Castle on September 4th, SJQ in London on September 13th, The Rialto Theatre in Brighton on Sept 15th, and then on the 23rd September at The Golden Lion, Bristol.

Having grown up in a basement in Bath and completed a degree at Cambridge before being recruited into Hole by Courtney Love – Beadman’s eclectic life experience (as discussed by John Robb in LTW here: https://louderthanwar.com/bethia-beadman-powerful-voiced-new-singer-deals-in-raw-emotion/) oozes into her own album, bristling at the edges with a wildness and want to express. Alongside her new band, Bethia is joined on keys and backing vocals by her long-time friend Mike Mills from REM.

And audiences are sure to be incensed by the new album. ‘Into the Peace’ is a nine-track exploration through characters and archetypes, encountering different aspects of the self, facing internal turbulence and turning it into soulful power. Considering gender roles, confronting angst – songwriting by Bethia is an accomplished intelligence plumbing the depths. Indeed, this is new music with an acutely relevant narrative – like great storytellers of times gone by amplified with artistry of voice, sound and lived experience.

The album opens with ‘At The Beach’, lyrics leaving an image as ‘boys just dig holes in the sand/at the beach by the waterside’. Rhythmic piano rolls out the listening experience like a tide, whilst layering of guitar and a steady drum keeps pace. The synchronicity of this song allows Beadman to bring forward imagery and raise intense consideration through it – for example ‘looks like a castle in the sand’ leads into ‘I don’t know what it’s like to be a man’. As well as the boldness of bridging visual stimulation with thoughtful depth, it is the voice which is seriously stand-out on this track.

Why? Beadman’s voice is seriously powerful – not in the stereotypical sense of belting out notes – but in her ability to energise it with an emotional depth, delivering an accumulation of vocal textures. In ‘At The Beach’, her tone turns to almost conversational with: ‘I wasn’t doing anything at all, I really wasn’t you see’ – exploring and cracking open gender exchanges, in what is a profound, articulately long opening piece. These flourishes of voice, as if talking directly to the listener, occur throughout the album to alluring effect.

The power of Beadman’s voice is still highly evident in ‘Mary’, though the sound this time starting on an interesting downtempo, still with the distinctive layering of piano and guitar which worked so well in the opening track – now channelled into a contemplative, creative energy. The tone tempts intimacy, ‘come get me/time to wrap it up’, conjuring childhood imagery whilst the vocals gain body and build with no sense of strain. Yet rather than just a sweet-sounding piece of nostalgic remembrance, ‘Mary’ is full of nuggets of surprise and interest – little rising harmonies, plashes of instrumentation. Beadman is an artist who will keep you on your toes, and keep them tapping.

Testament to toe-tapping is the sound of the following track ‘Music Never Did Any Good To Me’, which highlights a dynamism in the tracklisting and a taste of something a little bit different; almost jazzy in feel. Gentle backing harmonies tell of tenderness, before playful keys and luscious instrumentation seem to send the message otherwise – music certainly is doing us good. The eclectic and experimental nature of this track has an effect, perhaps an intentional effort from Beadman to create an ironic piece portraying the spoilsports who kill creative ambition by saying music is no good for us. In here, sounds stir like the trill of an xylophone, steel-pan like drums, all adding gravitas to the groove of the track. In an industry where music can indeed inflict bad as well as good, Beadman communicates with bathos and bold power.

And whilst ‘Music Never Did Any Good To Me’ gives groove, the next track ‘Peninsula’ gives a story, starting with a guitar and skilful finger-picking, before the storytale sheen of Beadman’s vocals bustle the listener away. ‘I took you to the Peninsula’ and ‘I dressed you/held you safe/ you balanced on me’ creates a sense of security… but suddenly smashed.

For that is the skilful art of an accomplished artist – able to juggle and jolt mood, with an actually majestic effect. There follows an alternate greeting which wrenches the gut – unnerving and eerie – ‘hello spider/hello killer/hello saviour’. This is a haunting blend with echoing vocals, a technique of the unexpected. ‘Peninsula’ is a song which starts safe yet descends into manipulation and invaded autonomy: standing resonant with so many themes currently in the limelight. Then falls the most disturbing line of all: ‘oh mother, I love you’ – elevated by flute and voice. It was at this point I realised that this isn’t just an album from Bethia Beadman, it is an uncovering, an unearthing. It is intense, unapologetic and allows us to revel in oddity.

For example, the next track ‘Horses’ opens on another unusual image: ‘I slipped into my copper bath, and reached the open sea’. Yet Bethia’s songwriting skill and velvet vocal textures deliver a deep and meaningful narrative. It sashays between imagery of the stability of horses and the elements, elevating them to a symbolic significance, whilst also plunging like liquid itself into aspects of intimacy: horses which ‘licked my face like chosen daughters’. Delivered in an almost whispering cadence, with a gentle yet guiding drumbeat and strokes of guitar, this song melts into an interlude of harmonies. This is impressively managed and illustrates an artist capable of conveying an experience and allowing the listener to become part. This is sound which wraps around you.

‘Nile to the Sea’ follows with welcome difference, slower in pace, with closely recorded vocals, Beadman providing her own conversational interludes like ‘It’s a joke’ as she discusses family. The song itself is given force by dwelling piano and then a single, sensuous trumpet. A sound almost like falling water stirs in the background as the keys build, dwelling yet thickening in mood with a thunderous movement as her voice sashays through the course of familial connections.

‘Still My Baby’ in contrast, opens with plashes of guitar and Beadman’s emotive vocal – ‘still you’re my baby/ but you’ve got me where you want me – and still you’re gone’. Despite the sense of loss in this track and the slickness of sibilance in ‘still’, steady drums still retain a resonant upbeat. Furthermore, ‘you’re my baby’ breaks open with real warm and is wielded in harmonies, highlighting a sense of hope here which is sensuous, swayable, reeling out rhythms with the tactile textures of tambourine. The final surprising line ‘better get over you while I’m still strong’, underlines how emotional, intimate experiences can build us rather than break us… perhaps a resonant message of this album.

‘Lovers & Angels’ is the penultimate track – and the name given to her 2018 tour. This is a faster, rhythmic piece playing out sexual charge with real buzz: ‘there’s no time at all, but it feels like fire’. Here Beadman takes clichés and stereotyped expressions like ‘heaven’s above’ and to ‘meet on the grounds of love’, and instead turns them on their heads – heating the lyrics with pure intimate charge, her voice caressing and tempting. The sound of steel pans, hooks of electric guitar and the imperative ‘let’s breathe desire’ is bold, sensuous and strong. It underlines the album as a venture through life stages, learning curves and connections.

Blending instrumentation with her vocal intimacy seems to be a signature skill of Bethia Beadman. This is finalised with the appropriately titled last track ‘Leaving Song’, swirling over ‘the end of innocence’ and ‘wilderness for a country man’ – both bold expressions, bringing together the imagery of weddings and funerals, waiting and churches, which entreats us to interpret ‘leaving’ in our own way. Leaving one aspect of life and entering another? Leaving for good? This album after all highlights Beadman as an artist building emotional depth, personal questions and introspection in her art – making ‘Into the Peace’ an elemental, expressive work oozing lived experience and the ability to share it. This is music which is unafraid, intimate and raw. Highly recommended. 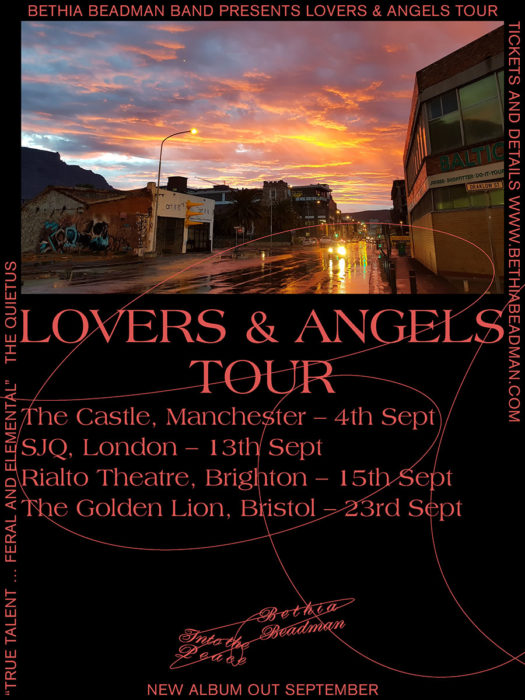 Review by Emily Oldfield.
More of Emilys work can be found here at her Author’s profile.