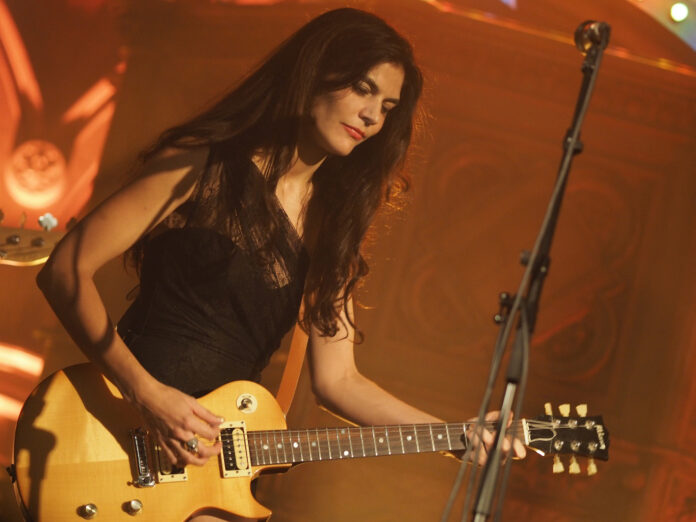 The wonderful Bethia Beadman has announced her album, Chinatown, to be released by Rosalie Records on march 2nd.

Bethia Beadman is ever in search of the ecstatic and transformative. She finds it in ‘Chinatown’, a new album that features ten new tracks, including the forthcoming single ‘Mary’, that lifts the lo-fi veil of the past to bring her songs and sound sharply into focus.

In November 2014 ‘Chinatown’ was previewed in its entirety in a mesmerising performance at the Union Chapel. Like its acclaimed predecessors, ‘Made of Love’ (2010) and ‘The Old Ships’ (2012), ‘Chinatown’ will be issued on CD and vinyl on her own label, Rosélie Records on the 2nd of March 2015

They took seed in her East London home where the sun rises daily over the Olympic stadium to the east and sets on the copper cowboy bath in a bedroom bedecked with mystical artefacts gathered from all corners of the globe.

Recorded at Peter Gabriel’s Real World Studios in her native West Country and mixed under the direction of REM’s Mike Mills in Los Angeles, the new record sounds crystal clear, leaving room for moments of luxurious reverb and cinematic strings.

The West Coast connection is no coincidence. It was there that West Country girl Bethia paid her rock’n’roll dues, living in Hollywood with Courtney Love, while playing keyboards in Hole – a far cry from her childhood in an underground grotto in Bath.  Today she is ‘Lady London’, the song’s “static electrics on the salt plains” dancing listeners to the desert for “heavy southern love numbers” like ‘Still My Baby’ and ‘Tomorrow’.

The elegance of ‘Chinatown’ stems from its light and instinctual production.  Bethia was writing some songs moments before they were recorded. The album captures the simplicity of her regular band playing together over four days. Strings were added later, along with soulful backing vocals from Metronomy’s Gbenga Adelekan.

Bethia read Theology and Sanskrit at Cambridge, following her earlier training as a dancer. She has sung in a choir at the Vatican, supported Pete Doherty, played Glastonbury numerous times, appeared at the Isle of Wight Festival and toured with her band to Albania.

Bethia’s video ‘Fire’, by LA artist Mason Jar, won Best Music Video at Cannes Independent Film Festival (2012) and the Gold Prize Award at Alameda, San Francisco. The video for her new single ‘Mary’ – “a hot’n’rockin’ hula-hoop of a tune” with a Phil Spector drumbeat – was shot in an abandoned Byzantine monastery in Cyprus.

“‘Chinatown’ is in all our psyches, everywhere and nowhere”, says Bethia, “A resting place for travellers.” No sooner would her velvet voice mend your night’s sleep than it would break raw your heart.

“One of the best unsung artists around” – John Kennedy, Dazed and Confused

“Cinematic, windswept and intimate… like the soundtrack to a David Lynch road movie” – Guitarist

“The sorceress, the crone, the virgin, the downtrodden, royalty and nobleness, all at once” – Mason Jar