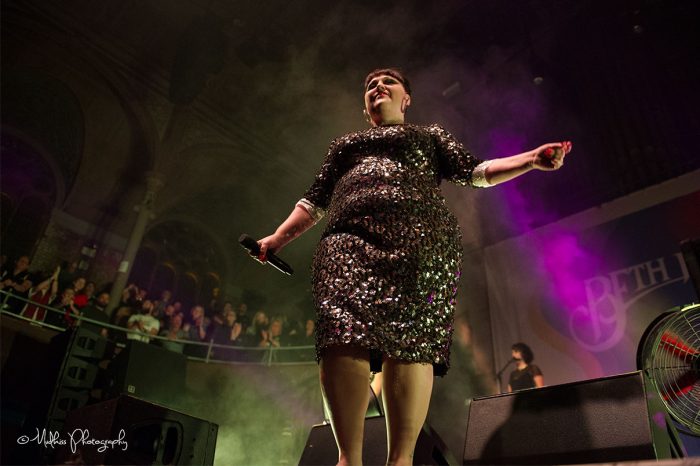 We report back in words and photos on the second of only two UK shows, also the final date of the tour by the iconic American singer-songwriter Beth Ditto, who has been wowing audiences all over Europe.

Before Beth Ditto had even got onto the stage, the energy that the crowd exuded was electric. Despite knowing Ditto best for her time with the Gossip, it became quickly clear that the crowd around me adored her more than her music – they were here for her. She was an icon to many, and as she strode out onto the stage with beehived hair and a sequined dress, the command she had over the crowd was nothing short of mesmerising.

They’d been warmed up nicely by Annabel Alum, a singer-songwriter from London who dazzled with her guitar and her voice. The songs were punky and triumphant, particularly ‘Rich Background’, a tongue-in-cheek poke at the kids who have been bought into the music industry by their parents. She’s definitely someone I’ll be watching out for in the future, particularly if she brings along a full band to really push things up a notch. 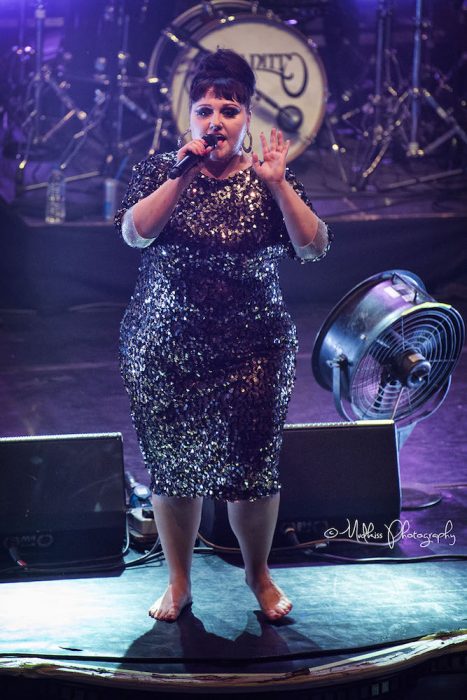 By the time Ditto was due on stage, the eclectic crowd was heaving in the beautiful Albert Hall. She launched into a short chat with a few members of the audience before kicking into the first song of the evening ‘Oh My God’. Despite a couple of hiccups (which she embraced wholeheartedly, making the performance all the more endearing), it was immediately clear how passionate and loving she was not just for the music, but for her band. There wasn’t a second that went by without her waving at the crowd or chatting to individual members. It felt like I was at a much more intimate show, and I quickly became swept up in the camaraderie between Ditto and the audience.

Her new tracks all went down a treat, and despite not having all that much familiarity with them, I found myself singing along to tracks like ‘Ooh La La’ – it was hard not to when the crowd was so energetic, and Ditto seemed to feed off that energy. After a while the chatting became a little indulgent, but with this being the last show of Ditto’s tour, it was easy to see that she wanted to make the most of it.

It was the halfway point that things really stepped up a gear with the introduction of some of her Gossip back catalogue. Starting things off with ‘Love Long Distance’, there was a cracking run of tracks that included a superb cover of ‘Give a Little Respect’ (“I can’t do the high bits so I can just point the microphone at y’all”, Ditto explained after the track) culminating in the nostalgia-inducing ‘Heavy Cross’. 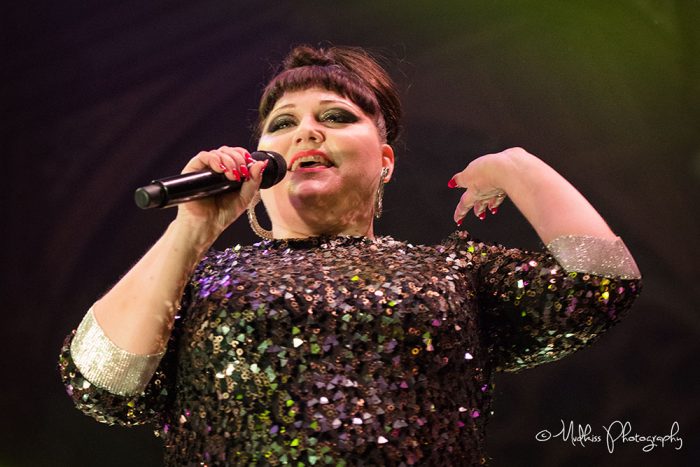 After stepping off stage briefly, Ditto and her band returned to blaze through a few more tracks and after the slower ‘Clouds’, the crowd erupted at the first few notes of ‘Standing in the Way of Control’. This was the peak of the gig, feeling for all the world like a cross between a punk concert and a rave. Ditto was entrancing as she marched across the stage barefoot, bellowing in that powerful and instantly recognisable voice.

And with that her tour was over, and after playing just two shows in the UK, it felt a real treat to have been there to experience it.

INTERVIEW : The Levellers talk about their brilliant new album and surviving in strange times

August 15, 2020
0
The band talk about the 11 electrifying new songs on the album that are a charged reaction to a world that seems to be teetering on the edge of madness and self-destruction.
Read more