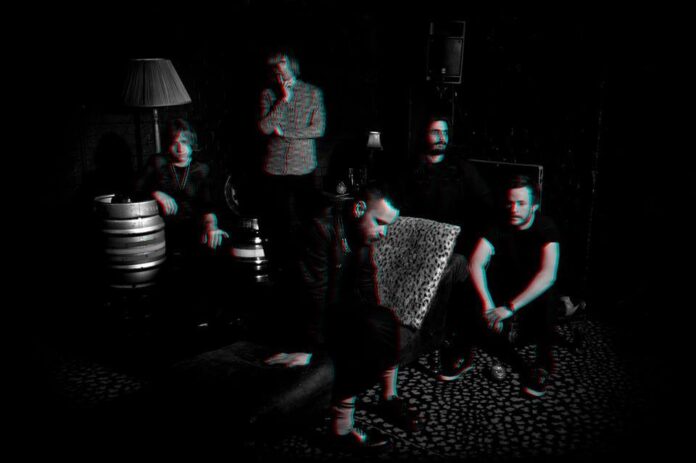 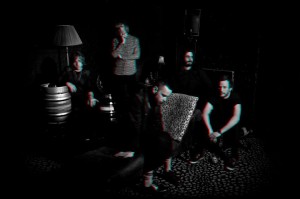 When I showed a Picture of Bete Noire‘s main man David Hargreaves to my gran she gave the response that all good front men in bands should receive by questioning what it was she was looking at.

This is a good start.

At the time of writing David has a yellow beard and yellow hair.

Before he had this look the response in the room when people found out he was in a band was one of finding any excuse to hang around to watch this man in action.

Some of us haven’t even got around to noticing the other four members because the music has now taken over.

Bete Noire, Oh they’re that band who make really cool happy music that Siouxsie Sioux used to make, that our grandparents told us about. They’re the band that are responsible for our recent interest in those old “Gene Loves Jezabel” albums and they’re the band with the bearded front man who is often seen walking around the bands own gigs wearing a long black dress, whilst kissing the girls and singing to the boys which we have already noted is secondary to the tunes (although I confess to already mentioning this too much already). They’ve made those old Bauhaus tracks return to our stereos and we compare and conclude that yes, they’re a bit like that but also a lot anthemic and euphoric and certainly not as fuckin’ miserable as those blokes were all those years ago.

Ditto Sisters of Mercy and ditto the Virgin Prunes.

Bete Noire have some great tunes and slowly they’re starting to unleash some of these onto those of us that have been waiting patiently for over the past year or so.
Sharp sarcastic lyrics, a nod to early eighties alternative music as well as some of the stuff we’ve gorged on over the past ten years that went onto bigger things and it certainly puts to shame that stuff we used to watch that people tried (and succeeded in) calling GOTH.

This lot have enough tunes already to continue the patient wait for a debut album and a handful of gigs to invite everyone to that’ll please anyone who claims they haven’t heard a decent band for twenty five years but still wear the T-shirts and sport the hair so we can still see what’s in their record collection.

Another band you’ve not heard the last of yet.

Bete Noire are here: betenoiremusic They are also on Facebook and SoundCloud