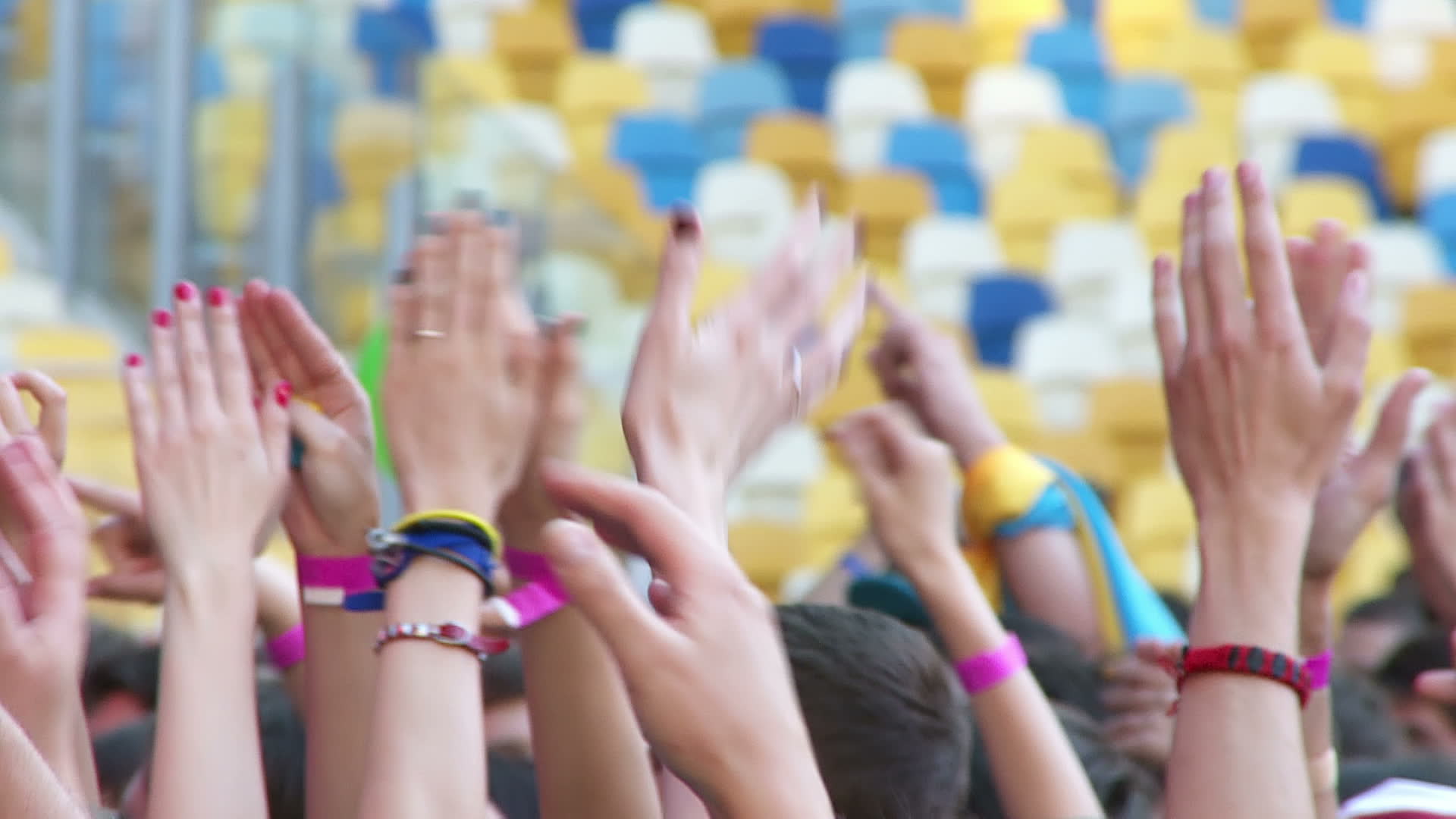 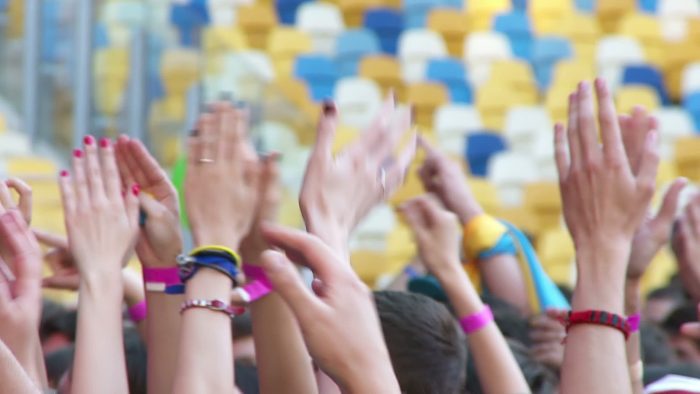 At Louder Than War we challenge boundaries and champion diversity, reflective of our open door policy in coverage and contribution. We get as excited by DIY and lesser known artists as we do releases by more established artists. While music blogs so often look to the main music-exporters of the world to guide their annual ‘Best of’ lists, this time around, it’s worth exploring some of the music coming from another hotbed enclave of cultural activity – Ukraine.

We’ll always remember 2016 as the year the world changed. So much has happened this year – from the deaths of super renowned pop culture icons to a fundamental shift in the social and political landscapes in numerous countries. It’s hard to make sense of where we’ve been, where we’re at now and where we’re heading, but one thing is sure – it hasn’t all gone down without a soundtrack to remember this year by.

Below is a rundown of a handful of 2016 releases from Ukraine worth noting (in no specific order), demonstrating that, despite the fact that so many of the events that marked the music world in 2016 were just plain terrible, the music reveals some really great developments.

THE MANEKEN – Sale%
In this 14-track release, listeners will be thrilled to find diversity amidst a solid soundscape of diverse sounding electronica, including some offerings that steer delightfully wayward of mainstream pop into nu disco territory. To my delight, there are intermittent vocal offerings by the likes of fellow Ukrainian artists Sophie Villy, Brunettes Shoot Blondes, Onuka and Nicole (the latter two being my fave tracks on the album, along with ‘Networked Life’). The Maneken is the solo project of renowned producer Eugene Filatov, who says “We don’t need many of the things that surround us. When working on ‘Sale%’, I cut out anything excessive that prevented the existence of open music. I was looking for new voices, trusting my own intuition. The artists who participated in this recording form the basis of this release”. Highly recommended and apparently coming soon on vinyl as well.

DAKHABRAKHA (ДахаБраха) – The Road (Шлях)
Perhaps on of the most mystic folk music forces to ever emerge from Ukraine, DakhaBrakha is a Ukrainian folk quartet which combines the musical styles of several ethnic groups. Having gained recognition as the laureate of the prestigious Sergey Kuryokhin Prize in 2009, this project was originally founded under the DAKh Center for Contemporary Art, led by Vladyslav Troitskyi, who continues to be the band’s producer. Their last album was released in 2010, so this is a long awaited album. Nevertheless, this group has never disappeared from the musical horizon, regularly touring internationally and perhaps among Ukraine’s top folk music exports. DakhaBrakha is like no other Ukrainian artist, with impressive output exploring mainly folk motifs and songs, and not only Ukrainian, keeping the balance between the original “classic” and “modern”.

VAGONOVOZHATIE (Вагоновожатые) – Startup Molodost (Стартап Молодость)
This 5-track EP is loaded with energy and drive, and instrumentally this release numbers among the most memorable releases from Ukraine in 2016, successfully combining power-house electronics with melodic underpinnings and complex vocals. This trio was formed not so long ago – fronted by Anton Slepakov (formerly of ‘I Drug Moi Grozovik’), the other two members of this band are Valentin Panyuot and Stanislav Ivatshenko. I can only understand the meaning of the songs based on what my friends have translated for me, but the texts seem topical (and Anton Slepakov certainly can pack a lot of text into each song). Their Facebook description is hilarious “Vagonovozhatie is an experienced team of tram depot workers, who accidentally discovered a sampler and a microphone that one of the passengers forgot in the cabin. Since then, they are almost never seen in the repair bay. They compose, write and travel, promoting an electronic environment”. I look forward to hearing more from this collective.

UMMAGMA – Winter Tale
This duo stands out for their brilliant music. Ummagma is unique, especially among artists from this region (and not only because they have a native English vocalist). Their latest offering is ‘Winter Tale’, featuring a delightfully dreamy track right up their with the best of Julianna Barwick and reminiscent of Cocteau Twins, with two remixes by legendary 4AD artist and dreampop pioneer A.R.Kane, who returned like a Phoenix to the flame in 2016 with their reformation and busy touring season. These tracks mark A.R.Kane’s first original release since the early 90s and for them to make their ‘new era debut’ collaboratively with Ummagma speaks volumes to the stature of the latter band. We are also not surprised given Ummagma’s record of collaboration with the likes of Robin Guthrie (Cocteau Twins), Malcolm Holmes (OMD), Graham Bonnar (Swervedriver, Brian Jonestown Massacre) and new disco kingpin Alexander Robotnick. We look forward to Ummagma’s next full LP in early 2017.

ONUKA – Vidlik
Onuka is a trio, which was created in 2013 by Ukrainian musicians Eugene Filatov (aka The Maneken) and Nata Zhyzhchenko, the former vocalist of Tomato Jaws (Ukraine) and KOOQLA (Russia). Vidlik is the band’s second album, released on February 8, 2016. The EP includes five tracks: Svitanok, Vidlik, Other (Intro), Other, and 19 86. ‘Vidlik’ may have been put forward as the focus track for this release, but ’19 86′ is my personal fave. The band’s frontwoman Nata Zhyzhchenko cites the Chernobyl disaster and its impact on Ukraine as a major influence on the album, the name ‘Vidlik’ meaning ‘a new beginning’ or ‘countdown’. She recites the lyrics with rigorous steadfastness, one word at a time, like a mantra that becomes heavier with each repetition, as the song trudges forward until it ends suddenly, declaring readiness as the clock ticks to zero. Already a trademark fixture on the independent music scene in Ukraine, Onuka once again leaves their mark as one of the more intriguing musical figures of ‘the new Ukraine’, proving that a strong captivating vocal presence can make everything come to life, even for listeners who do not understand the lyrics.

OKEAN ELZY (Океан Ельзи) – Bez Mezh (Без меж)
This latest offering from Okean Elzy, translated at ‘No limits’, was released in May 2016. It is impossible to talk about Ukrainian pop and rock music and not mention this band, especially when they released a new album. Fronted by Svyatoslav Vakarchuk, Okean Elzy is undisbutably the most popular group in Ukraine. The songs on this album seem familiar, comfortable and understandable to the core. They are comforting to some extent, with the old style of rock showing hints of influence from folk melodies and a clearcut refrain-verse format. While there are no surprises here, this is something that already nobody expects of Okean Elzy – after all, as they say “if it’s not broken, why fix it?” I think ‘Не йди’ (Don’t Go) and ‘Не Твоя Війна’ (Not Your War) are the key standout tracks here, with a fantastic videos to go along with them. I’m equally impressed with the accompanying video for ‘Океан Ельзи жестовою мовою’, which features a very passionate delivery of this song’s vocals in sign language – certainly beats any close-captioned video footage I’ve ever seen.

ODIN V KANOE (Один в каное) – Self-titled
There is great and pleasurable diversity in this massive collection of songs from Odin v Kanoe (Alone in the Canoe). Formed in 2010 and based in Lviv, this duo is comprised of Ira Shvaidak (on voсals and guitar) and Ustym Pokhmursky (guitar). Judging from their bare-minimum social media presence and lack of much commentary there, one may suspect these musicians are quite modest, though their musical offerings (at least on this latest release) are rich.

MY PERSONAL MURDERER – Cauchemar
This Kyiv/Odessa-based band is formed of two members – Yevgen Chebotarenko (lead vocals, guitar) and Maxim Kovalchyk (bass). My Personal Murderer is a relatively new alternative atmospheric rock trio with a shoegazey post-rock. In February 2016, they released their third studio album ‘Cauchemar’. The music begins with a spoken-word piece right off the bat and quickly progresses to alt-rock territory. ‘Cauchemar’ is intimate in places, while being loud and abrasive in others. At times, they recall associations to such bands as Manic Street Preachers and Savages, both in terms of musical structure and vocal delivery. My personal faves among these tracks include ‘The Worm Prince, ‘Constant Waiting’ and ‘Soup for the Creature’, the latter of which reveals itself with retro-noir flair. Often the electric guitar workings juxtapose the melancholy of the lyrics and this suits me just fine.

BYIL ZAMECHEN (Был замечен) – стало ещё только хуже ()
The latest release from Byil Zamechen translates as ‘It Became Even Worse’. No wonder – this 5-track EP is representative of both the chaos occurring right now in Ukraine and the meeting of cultures, genres and even time frames. The music here is both contemporary and retro, both prog and psychedelic, both fully western but with eastern hues here and there (especially the guitar does it’s job as the proverbial snake-charmer). This album is not for fans of 3-minute pop songs, but rather for those welcoming an open the door to the unknown seeking one hour of sonic escapism. Here you’ll find a mix of everything and must forgive the lack of high production in this lo-fi recordings, which are so rich of just everything else, from Sabbath riffs, organ kaleidoscopes and very seventies psych rock, bordering on Krautrock, to Gregorian style chanting and snippets of spoken word vocals. The second album from this Kharkiv-based trio lo-fi band, released digitally and on limited edition cassette, this numbers among the most varied, enjoyable and imaginative albums I’ve encountered in 2016.

VIVIENNE MORT – Rosa
There is a wide variety of sounds and indeed genres pursued in this release and the band handles them skillfully. Vivienne Morte is fronted by Danielle Zayushkina, who handles vocals, lyrics and performs. The other two band members are Alexandr Lezhnev on piano and Alex Dudchenko as their soundman. ‘Rosa’ is their fifth album, having formed the back back in 2007. Their musical adventures have even taken them to Mumbai (for the filming of one of their music videos).

IAMYOU – Zmistovno Rizni (Змістовно Різні)
‘Zmistovno Rizni’, which translates as ‘Various content’ is the third ‘mini-album’ (in the band’s own words) from Kyiv-based four-piece iamyou. Fronted by dreamy vocalist Martha Kovalchuck, she is backed by a solid team comprised of Moody Spot, Eugene Podkopayev, and Mihan Sinkopa. There are nine tracks on offer in this latest release, practically making it an LP and it is odd (but worth exploring) in other ways. While the band might otherwise be deemed as being “all over the board” with their music in terms of their lack of commitment to this or that genre, this is perhaps what makes this release all the more interesting. Certainly an experimental album, you’ll find trip hop, dreampop and noise here, along with an array of other genres, including screamo (the one drawback I think in this release) and soul.