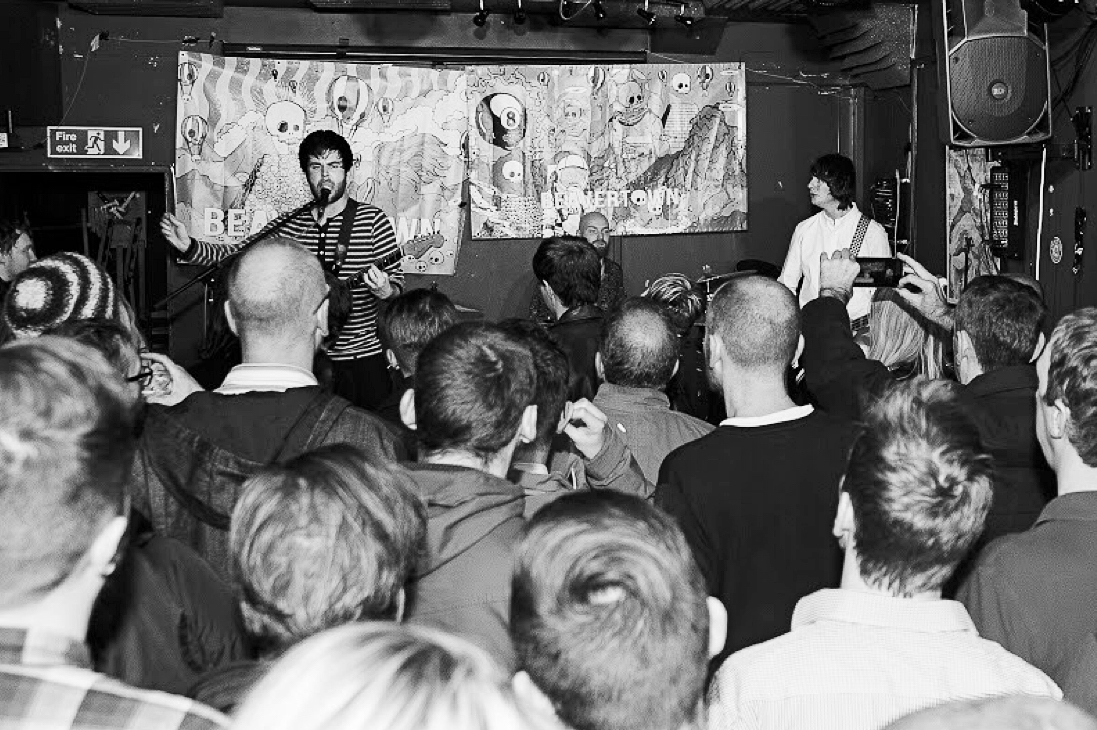 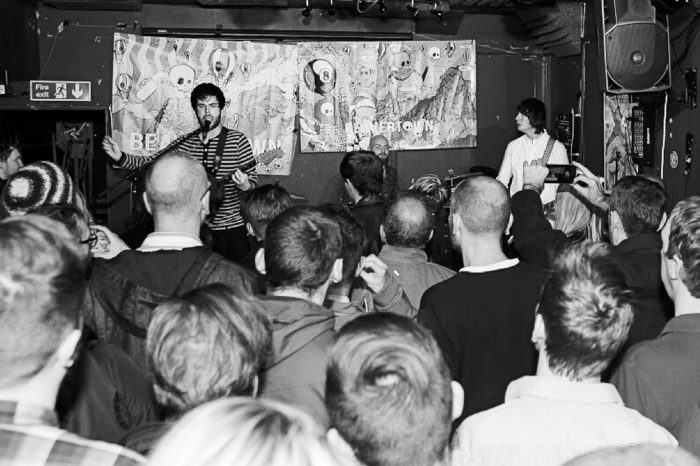 This year has seen the demise of great live music venues, yet the beginnings of loads of new places cropping up. Manchester town centre has seen the likes of The Castle, The Peer Hat / Aatma, Jimmy’s, YES and the brilliant Night People hosting new bands, whilst also highlighting breakthrough stuff on their different paths. Such a shitter when places like The Ruby Lounge, Dry and Sound Control fade away for reasons I don’t wanna get fuckin angry about…

If you read my shit (someone does!) You’ll know I’m that North Manc living in Northwich. Venues in small towns have to be special to survive and that’s why this feature needs bringing to your attention. The Salty Dog is the brainchild of Chris Mundie, ex Business drummer who always wanted to open his own live venue. And he’s done it in style. When it first opened I came across this place by accident and thought. Shit. Will this work? A year and a half later… I thought I’d give this one to the man himself to give us a brief history and a lesson to like minded people to get these type of venues back on the map.

My names, Chris, known to some as Bundie, I used to play drums, now I run a venue, it’s a heart-warming rags to more rags story, so let me begin…

I spent most of my youth playing in bands, specifically The Short-Cuts and The Hyperjax, that was my main focus in life. Then in 2006 I  got phone call from Micky Fitz who asked if I’d be interested in playing drums for The Business for a couple of tours, 10 years, 36 countries and 5 continents later the band came to and end after Mick’s passing, I can’t stress enough how much of an impact this had on my life and general world view. During this time I was lucky enough to play venues that ranged from 80 capacity dive bars, to huge festival stages, we also got to play with some big hitters, but more importantly we toured with the bands that were starting out, building up, running on nothing but passion and conviction, real DIY spirit.

After Mick died as lot of people asked me if we’d keep playing in some capacity or other, that was never an option, The Business was, is and always will be Micky Fitz. Other people asked me if I was going to play for anyone else, but that just didn’t appeal. What I had started doing was planning a bar, something like most people I’d fancied doing since I was a kid, I actually bounced some of the ideas off Mick, he was pretty supportive in his own way, “Well, if you fuck it up you can always go back to drumming” I seem to remember him saying.

With the concept in my head I then had to try and turn it in to a venue, I knocked up a rudimentary business plan, cashed in some old shares I’d inherited and somehow convinced somebody to give me a loan. At that time I was also working for Tatton Brewery, so I approached my boss Gregg with the idea of putting a live music venue that had speciality beers in a town where there was no real music community to speak of. Luckily for me Gregg shares my somewhat optimistic approach to live and after leaving a life as an Insurance Man for the life of an independent brewer I think he was somewhat sympathetic to my goals, so we went into a partnership and The Salty Dog was born.

We started pretty strong, I got Roddy Radiation booked in, XSLF stopped by, Subhumans played and we even had New York Ska giants, The Slackers play a sell out gig. Even with all this going on though we were still having to chase bands to play, convincing them that it might be a good thing to play in a small Cheshire town in a bar they’d never heard of.

All of this changed when I got a phone call from Charlatans HQ in the first few days of 2018, the seeds of what became North By Northwest were planted and suddenly we were in the national spotlight. The band would return to Northwich for a week long residency and wanted to include the whole town with us playing a big role. During that week we hosted the main support acts, kicking off with Deja Vega, followed by a Charlatans Quiz attended by the band themselves, Yucatan, Average Sex, BMX bandits, Riding The Low and rounded off with a killer Sunday afternoon performance from The Blinders who finished 2nd in Louder Than War’s albums of the year countdown.

This led to coverage in national newspapers, radio and TV, Mark Radcliffe led the charge in championing all things Salty Dog, since then things have turned around and now bands are looking to come to a small Cheshire town.

We have a pretty impressive list of names that have now played at the pub, but what is more important is the calibre of the grass roots bands that are coming through, we are lucky to work with great independent promoters like Softlad and Some Kind of Events and we are getting really memorable gigs now. It’s really cool to host some of the established acts we’ve had, but the most important thing as with anything is what’s coming through, the ability and quality of some of the newer bands is genuinely humbling, it’s great to be able to offer that opportunity and it’s great that there are so many good bands that have a similar ethos to us.

In recent weeks The Guardian has listed us in their best small venues list of 2018, we’ve picked up an entry into The Good Beer guide and got really positive reviews from great publications such as the one you are reading right now.

To bring things back to the start a very good friend of mine always made a point of thanking the people that make things happen, so in this case our amazing staff, our understanding and flexible suppliers, the bands and artists that come through the door, the many partners and organisations that help us out, but most importantly, last but not least, you guys, the public, our customers, you vote with your feet, you choose to support a local independent venue, without you none of this happens. Thank you.

And this my friends is what makes this venue stand out. There’s more to come next year from some great new bands that have graced the pages of LTW. Just make that effort to get on that train and visit a place that is embracing new music and attracting known bands far and wide.

Photo credit: Sal_GigJunkie, Use of these images in any form without permission is illegal.