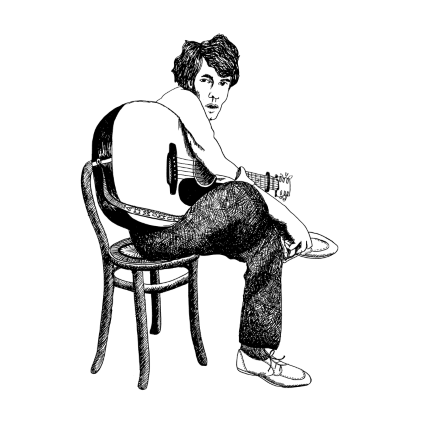 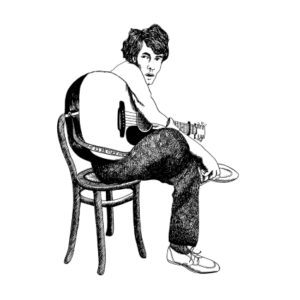 First in a series of vinyl re-releases of Bert Jansch’s back catalogue, Live at 12 Bar proves that the Scottish songwriter was still at the top of his game in the mid-90s.

Bert Jansch passed away in 2011. During the last years of his life he had been enjoying a resurgence, and interest in his work was probably at the highest since the beginning of the 70s.

I was lucky enough to be able to see him at one of his final London shows at The Roundhouse in 2008 where he performed several songs accompanied by Bernard Butler. This Live At 12 Bar album marked the beginning of a new phase in Jansch’s career. He had spent most of the second part of the 80s in the wilderness, touring folk clubs all over Europe and was on the eve of releasing one of his strongest albums in years with “When The Circus Comes To Town”. Jansch spent one year playing a monthly residency at The 12 Bar (now sadly defunct, another casualty of the gentrification of London) and this release is a fine record of a Bert Jansch show from that time.

His residency at the 12 Bar started in June 1995 and lasted a whole year. Jansch was playing solo regularly for the first time in years (having spent the best part of the 80s as a duo with Peter Kirtley) and found that it brought him extra focus on his performance and increased the quality of his shows dramatically.

“When The Circus Comes To Town” is quite heavily featured with four tracks (“Summer Heat”, “Walk Quietly By”, “Morning Brings Peace Of Mind” and “Just A Dream”). Elsewhere he cherry picks his way through his back catalogue covering famed folk pioneer Jackson C Frank with “Blues Run The Game”, airing “Strolling Down The Highway” from his first LP (released 50 years ago).

The traditional “Curragh Of Kildare” had been a staple of his live act since the late 70s and the version presented here is particularly good with an excellent vocal performance. His arrangement of “Blackwaterside” is, of course, the centrepiece of this live recording, usually introduced by Jansch as “the thing I’m known for”, it’s definitely one of his most remarkable songs. It was considered his best work by Davy Graham.

One of my favourite Bert Jansch tracks, the instrumental “Kingfisher” from his 1979 LP Avocet is followed by the bluest “Trouble In Mind”. Not much banter between the songs, Jansch was never the one to blow his own trumpet (contrary to his contemporary Donovan) and as he said in the fantastic documentary “Acoustic Routes” in a passage about Bob Dylan, he wasn’t one to work too hard on presentation and would just get on with it, an approach shared by Mr Zimmerman.

~
For further information on Bert Jansch you can check his official website: bertjansch.com and the website of Earth Recordings which is re-releasing his back catalogue. Most of the information on the 12 Bar recordings comes from Colin Haper’s excellent Bert Jansch biography Dazzling Stranger, an excellent read and a must-have for every person interested in the Scottish musician’s history.