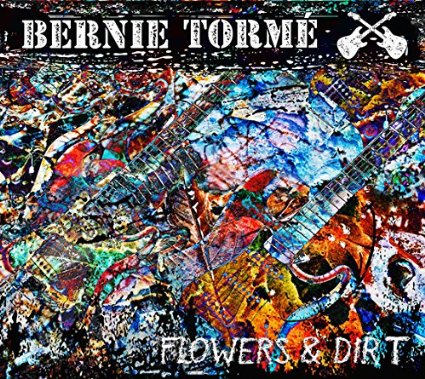 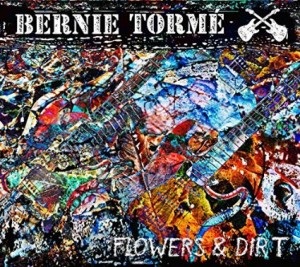 While I have an abiding love of most things rock n roll, I’ve always had a preference for the “less is more” style of  guitarist. Link Wray, Keith Richards, Marco Pirroni. Widdly-widdly stuff doesn’t do it for me. It’s nearly always ego fuelled and detracts from the song. Bernie Torme, however, is in a league of his own. Yes, he can use a flurry of notes and has been known to extend some live songs by several minutes. But he is NOT a widdly merchant! Got it? Good.

“The U.K’s Hendrix” used to be the tag in the eighties, when he ruled The Marquee on Wardour Street, either solo or with Phil Lewis on vocals. I was often crushed at the front of the stage, mesmerised by the noises Bernie could wring from his Strat. No one sounds like Bernie Torme. Fact.

So, I was mightily pleased when he finally announced that 2014 would see the release of his first solo album for 15 years. 15 years!, not before time Bernie! Still, he has released two studio albums and one live with power trio GMT in recent years, as well as playing on most of Ginger Wildheart‘s solo albums and producing bands, so he’s not been hibernating. From discussions with Ginger, Bernie decided to use Pledge Music to see if his fan base would support a release, and the response seems to have genuinely overwhelmed him. Did you forget we still love you, Bernie? See, the thing is, Bernie is known throughout the musical community not just for his mercurial talent, but because he is a gent, the real deal. He plays like the devil but he’s still humble. This was evident when I reviewed his gig earlier this year at The White Lion in Streatham. So, onto the goods… 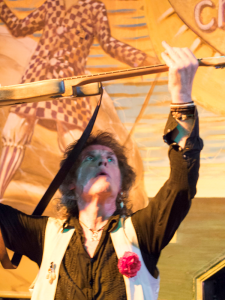 Flowers And Dirt, now available through Retrowrek records via Amazon, is a double album of 20 new songs, covering all the styles and sounds you’d associate Bernie with. It’s possibly more varied than you’d expect, and all the better for it. Blasting off with Crash And Burn, we get the dirty riff and squeals that are trademark Torme. Simple verse riffs and soaring solos. The trio are locked-in; long time partner Chris Heilmann on bass and Ian Harris on drums. Partytown and Blood Run Cold follow with the simplest structures imaginable, which works perfectly, as Bernie’s solo blasts are short and vital. Twelve bars, but so good I keep playing them on repeat (great in the car). Your Voodoo brings some slide guitar and an eastern tinged verse. Mr Fixit is a sharp stab in your ear that could have been from Turn Out The Lights. Tip top.

Most songs here are pleasingly short and focussed, but it wouldn’t be Bernie without the odd workout;’Garden Of Earth’s Delight really takes us into Hendrix territory. Should be glorious live. Stoneship, at 8 mins 23, is an instrumental indulgence, but jaw dropping in places. Outlaw Blues closes side two unexpectedly; a simple acoustic number in the vein of Dead Roses. Let’s face it, you’ll love it or hate it. There are more gems here than I can fit in, but Good Man Down is a highlight for me. Melancholy and beautiful. Bernie, for me, really can make his guitar weep. Defiant, untroubled by fashion or time, Bernie Torme knows what he does well and has delivered possibly his finest solo album. It couldn’t happen to a nicer guy.

Bernie Torme’s website is here: bernietorme.co.uk He is also on Facebook and BandCamp and tweets as @Bernie_Torme