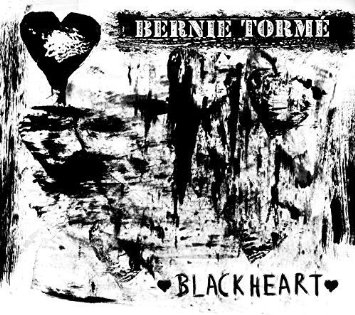 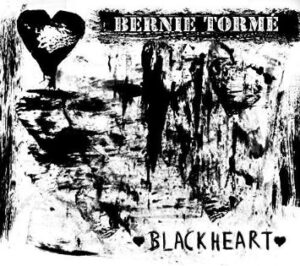 Just last year during an interview, Bernie Torme told me that, left to his own devices, he was quite lazy. It would seem that the success of 2014’s ‘Flowers And Dirt’ double album has inspired him to continue writing and recording, and the results here are a pleasure to hear. After the previous album’s 20 tracks, ‘Blackheart’ sees Bernie take a more focussed, attacking approach this time around. Naturally, there are more expansive moments, but overall this is tight, lean and aggressive.

‘Golden Pig’ roars from the start line; a tribute to his first beloved car. A re-sprayed ex-police car which was pinched on more than one occasion from outside his house, if memory serves me. A simple, killer riff, complete with the trademark Torme dives and squeals. Over and out in under three minutes.

‘1985 (Keeper Of The Flame)’ sees the narrator as a tired, bitter muso; “it shoulda been me, babe, shoulda been me”, while ‘On Fire’ wouldn’t be out of place on ‘Electric Gypsies’. The power trio is a hard thing to do well, and by now Bernie, bassist Chris Heilmann and drummer Ian Harris play intuitively. They certainly sound like they’re having a great time on straight ahead rocker ‘Better Days’. ‘Snake In The Garden’ wrings the blood out of a John Lee Hooker riff, getting it dirty in the process. Bernie’s vocals seem more relaxed nowadays; he puts his voice down, but I wouldn’t want to hear anyone else sing them, regardless of how good a frontman Phil Lewis was.

‘Flow’ is the first longer, slower track, with an eastern flavour. The break is Zeppelinesque, which is understandable and is followed by ‘Into The Sun’ which has wistful touches of ‘Getting There’ to it. Then it’s back to the short, snappy stuff with ‘Pain Song’. The band decided to use a completely live video clip for this and it sounds great.

‘Dirt’ stays with the loud, simple riffs, with echoes of ‘Gimme Shelter’ in the chorus, while we get some acoustic ‘Steady Roller Blues’ before the Strat slams in. Nice slide work here.

‘Miles To Babylon’ is the last longer track, starting with a plaintive acoustic and Bernie’s melancholy vocal. Fiddle, flutes/pipes. With his reputation for volume to the fore, it’s easy to forget how effective he is with an acoustic. There is, however, a brief electric interlude.

‘Party’s Over’ ends the album on a slower, reflective mood, although, being Bernie, there’s an edge to his playing. The song could almost be classic era Mott The Hoople. People don’t write songs like that anymore? Mercifully, Bernie Torme continues his purple patch, happy to independently do his own thing. He is, of course, on tour. Catch him in his natural environment.